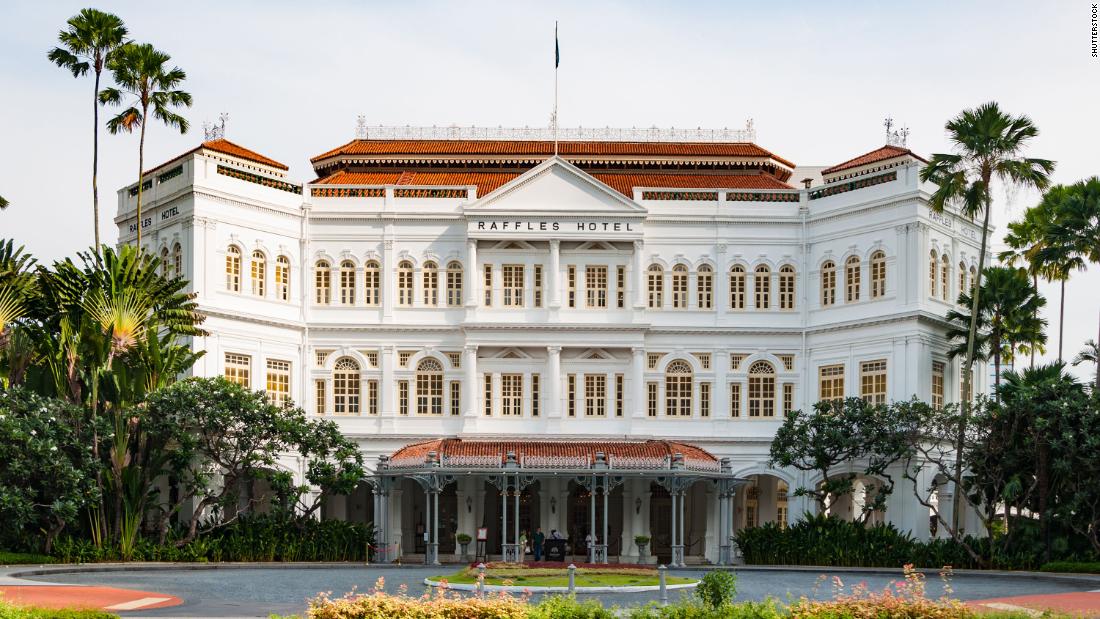 Whether you’re a student of architecture or a casual admirer of interesting buildings, Singapore is an observational hothouse (to go along with its tropical climate).

“Singapore has its fair share of iconic buildings, especially (those built) in the ’90s and 2000s, that have contributed to a skyline that is distinctive from other Asian cities,” said Chong Keng Hua, associate professor of architecture and sustainable design at the Singapore University of Technology and Design.

“It’s never straightforward to label Singapore architecture under a specific style … If there are consistent creative forces underlying its evolution, these would be our response to our tropical climate and space constraints.”

Sustainability is another theme showing up in the mix, Chong said.

“The juxtaposition of futuristic, high-rise green buildings with post-independence (after 1965) modern complexes and older colonial buildings and shophouses gives Singapore’s urban landscape a unique identity and experience,” he added.

Here are 10 of Singapore’s most famous buildings, representing its past, present and future.

In the late 1880s, the Armenian Sarkies brothers leased a bungalow owned by an Arab trader. They named it after British colonizer Sir Thomas Stamford Raffles and started out with just 10 rooms for their guests. It didn’t stay modest for long.

From the opening a new three-story main building in 1899 to a huge overhaul in 2019 (and numerous makeovers in between), Raffles Hotel has become the signature example of colonial architecture in Singapore. Its white exterior and neo-Renaissance design includes tropical necessities such as high ceilings and extensive verandas.
“Raffles Hotel is well-known for its history and luxurious ambience,” Chong said. “Fun fact: This is also where the famous cocktail Singapore Sling was invented.”

We go from an old-school colonial classic to the newest building on the list: Jewel at Changi Airport.

From the fertile mind of architect Moshe Safdie, the building is impressive both inside and out. The exterior takes the form of a dramatic doughnut shape framed in glass and steel. The interior, meanwhile, nods to nature with a hedge maze, glass-bottomed canopy bridge and the world’s tallest indoor waterfall, known as the Rain Vortex.

Also found inside the 10-story building (five below ground, five above) are entertainment venues, shops, restaurants, a hotel and services for airline passengers, such as early check-in, baggage storage and connections to three of the airport’s terminals.

“Jewel has redefined airport, retail and public space all at once,” Chong said. “It creates a huge impact in making Changi Airport the most recognizable — and probably the most Instagrammable — airport in the world.”

Esplanade — Theatres on the Bay

The Esplanade also has a nickname derived from a popular fruit in these parts. Credit: Shutterstock

You might know Esplanade by its informal name: “The Durian.” That’s because the theater’s twin glass domes — made from more than 7,000 triangular aluminum sunshades — bear a striking resemblance to two halves of a durian, a strong-smelling fruit popular in the region.

“It was initially conceived as two glass shells without shading, which drew much criticism for its insensitivity to the tropical climate, as it would create a greenhouse effect.” Thus, the iconic shades.

The building may be famous, but that doesn’t mean the design is universally loved. Since opening in 2002, Esplanade has been given various other nicknames, some not so flattering. Beloved or berated, however, it’s an undeniable part of Singapore’s urban identity.

Diving into the dawn with Moshe Safdie

Marina Bay Sands is another notable Singapore project from architect Moshe Safdie. The hotel has become a signature part of the city’s skyline, immediately identified by its three towers and cantilevered sky garden, which hosts the world’s largest rooftop infinity pool (check out the video above to see what it’s like to swim there).

“To me, this is more of an urban project than an architectural project, as it has transformed both the waterfront and downtown skyline,” Chong said.

The National Gallery is a microcosm of what the city-state does best — blend the old with the new. In this case, the City Hall and Supreme Court buildings have been transformed into Singapore’s premiere art museum.

The neo-classical City Hall first opened its doors in 1929, and the Supreme Court building came along a decade later. Significant parts of the structures were preserved — including the chamber where the Japanese surrendered to the British at the end of World War II — so visitors can take in their historical significance as they explore an impressive collection of Southeast Asian art.

Chong said “the result is simple yet elegant.”

Opened: 1827 (then known as Mariamman Kovil or Kling Chapel)
Use: Place of worship

No list of Singapore buildings is complete without representation from the myriad religions that have found a foothold here.

Chief among them is the ornate Sri Mariamman Temple, the oldest Hindu temple in Singapore (and the oldest building in this list).
Although first opened in 1827, much of the present structure dating back to the 1860s. It was built by craftsmen from South India and is dedicated to the goddess Mariamman, who is known for her curative powers.

One of the building’s most outstanding architectural features is its “gopuram” (entrance tower). The highly ornamented tower, festooned with colorful figures, is a well-known landmark in Singapore’s Chinatown.

CHIJMES has gone from religious to secular uses. Credit: Shutterstock

As is the case with many older structures, the purpose of CHIJMES — which is pronounced “chimes” — has evolved over time.

The oldest building in the complex is Caldwell House, which later became a Catholic convent for girls (the name CHIJMES relates to its name, Convent of the Holy Infant Jesus Middle Education School). It is now a peaceful oasis by day and a bustling entertainment center at night.

But the standout structure is the complex’s Gothic chapel, which features a five-story spire and flying buttresses. The structure’s 648 columns feature carvings of tropical plants and birds, while inside, a dazzling white chapel can be reserved for weddings. Along with other entries on this list, you may have seen this building in the 2018 movie “Crazy Rich Asians.”

The Fullerton Hotel Singapore is located in another classic building from the colonial period. Credit: Shutterstock

Here’s another impressive example of Singapore renovating old buildings. What is now the site of a luxury hotel was once a fort named after Robert Fullerton, the first governor of the Straits Settlements (a group of British territories). Fort Fullerton was torn down in the late 1870s and replaced with the Exchange Building. It, too, is gone.

The Exchange was replaced by the Fullerton Building in 1928, which served as the General Post Office. Myriad other uses followed, including its upper floors providing a home for the exclusive Singapore Club.

The stunning gray granite neoclassical building wasn’t used as a hotel until 2001, before which it sat empty for years.

Victoria Theatre and Victoria Concert Hall is another example of Singapore’s blending of old and new. Credit: Shutterstock

Set in the Civic District, the neoclassical Victoria Theatre (614 seats) and Concert Hall (673 seats) are among the most illustrious venues in Singapore, and the building is notable for its iconic clock tower.
The theater started out as the Town Hall and was one of the first buildings of Singapore’s Victorian Revivalism era. The concert hall, meanwhile, began life as the Victoria Memorial Hall in 1905, named after the British monarch who had died less than five years prior.

Back in 2010, this national monument was closed for a four-year, $158 million Singapore ($116 million) makeover to restore its neoclassical facade and to install state-of-the art facilities, according to the theater. It reopened with a big splash in 2014.

The Interlace is a good example of Singpore’s status as a cutting-edge spot for urban housing. Credit: Shutterstock

Arranged around eight courtyards, The Interlace is a distinctive residential complex formed of 31 stacked apartment blocks

Speaking to CNN in 2016, when the structure was named World Building of the Year, one of the architects involved in the project, Eric Chang, said: “Our main thought was how to conceptualize something that’s more of a vertical village than really a building for housing.”

The Golden Mile Complex (forefront right) The Golden Mile Tower stand along the Nicoll Highway in front of other buildings in Singapore. Credit: Darren Soh/Bloomberg/Getty Images

Travel back in time? Scientist Ron Mallett thinks he knows how