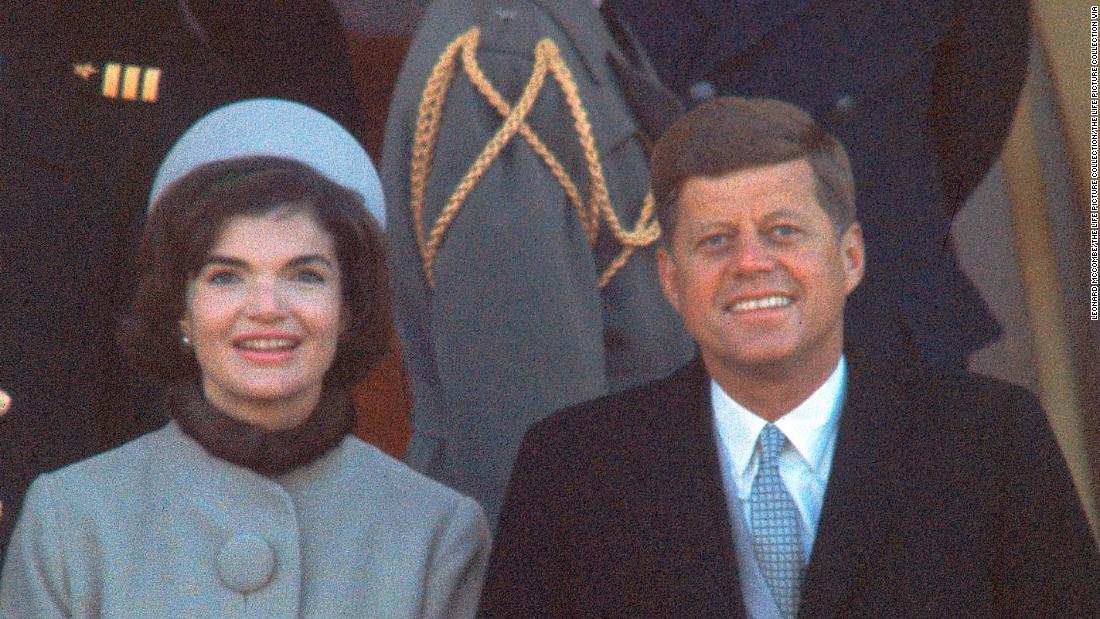 Remember when Jackie Kennedy attended her husband’s presidential inauguration with a perfect egg-shaped pillbox hat perched atop her head?

That’s because it was meant to be unmissable.

Everything that happened on January 20, 1961, was stage-managed to tell America that a new age was dawning. John F. Kennedy was set to become the first US leader born in the 20th century, the first Catholic commander-in-chief and the first president whose inaugural speech was beamed across crackly television screens in color.

Not everything worked out as planned. Eight inches of snow fell on Washington overnight, winds lashed and, among all this, one accident would end up infiltrating American wardrobes.

Jackie’s orb-like hat had been made to match a coat and fawn dress already created for her by her personal courtier Oleg Cassini. But it was also designed to look different: A cloth pillbox was exactly what everyone else would not be wearing.

In the freezing cold, many of the women sported stolid mink caps — except Jackie, who stood out as the beacon of a new generation, characterized by clean lines and elegance. She appeared on the steps of the Capitol like “the gorgeous petal in a dowdy bouquet of fur,” according to Thurston Clarke, author of “Ask Not,” a book about the 1961 inauguration.

Except, of course, it didn’t end up like that.

That morning, as she reached up to clasp the hat in high winds, Kennedy accidentally gave it a dimple — a shallow indent, unnoticed but broadcast around the world. America swooned nonetheless. Kennedy’s deification as the ultimate first lady of fashion had begun with a misshapen hat, its influence stretching to imitators from high society to the rural Midwest. Halston later laughed that “everybody who copied it put a dent in it.”

Jackie’s ensemble that day — which she completed with a sable circlet and muff — has become one of the most celebrated of presidential inauguration looks. But there’s one thing we may have all been getting wrong: the color.

While most Americans will remember the first lady in duck-egg blue, complementing JFK’s steel blue waistcoat and tie, color film footage from “Halston,” a CNN Films documentary about the legendary designer, shows her inauguration outfit appearing pinkish. And researchers at the John F. Kennedy Presidential Library and Museum, where the outfit is stored, told CNN that the dress and hat were basically colorless — a neutral, fawnish beige and not even slightly blue.
The origin of the mistake seems to be a color photograph from Life Magazine. But the cover of the same issue featured a very different photograph: Jackie in far less vivid tones, closer to the off-white captured by the handful of other press photographers present (early color film often struggled to match real hues).

So when, in 2017, Melania Trump wore a powder blue Ralph Lauren inauguration suit likened to Kennedy’s, was it a tribute to an outfit that never existed?

Regardless of color, dimpled or not, the pillbox hat would become synonymous with Jackie’s style as first lady. She wore one the day JFK was shot, twinned with a raspberry pink suit. The blood-covered suit is locked away in the National Archives, with instructions that it should hidden from public view until at least 2103. The pink hat hasn’t been seen since the fateful day she last wore it.

But the eulogizing of the first lady’s “looks” risks relegating her to the role of a mere mannequin, when she in fact directed much of the new administration’s aesthetic — and not just when it came to fashion.

She may have spent fewer than three years in the White House, but during that time she brought in designers, including Stéphane Boudin, to modernize its interior. She also worked with legendary industrial designer Raymond Loewy, the man behind the Lucky Strike cigarette packet and classic Studebaker cars, to choose the enduring powder blue of the US presidential plane, Air Force One.

JFK’s inauguration marked the beginning of a new era of media-savvy presidents — and he had his wife to thank for much of it.

Will antimicrobial fashion protect you from the coronavirus?