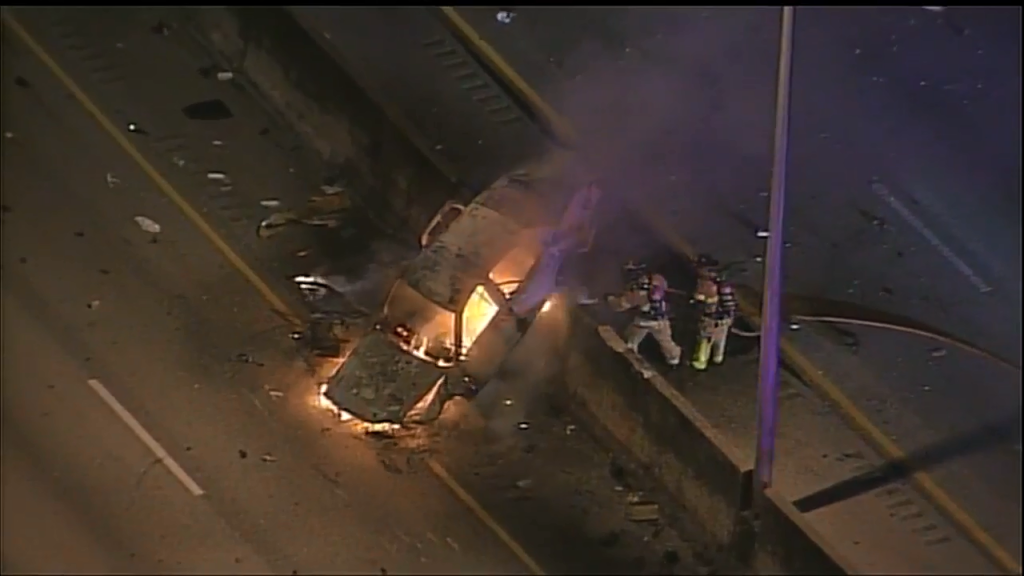 The crash took place along the Palmetto Expressway near Northwest 154th Street, just before 6 a.m., Tuesday.

One car traveling northbound crashed into the median and then hit three cars in the opposite direction before becoming engulfed by flames.

Firefighters worked to put out the blaze.

7SkyForce hovered over the scene where the vehicle could be seen covered in a cloud of smoke.

One driver was airlifted to the hospital in unknown condition.

FHP said there were several other victims, but everyone is expected to be OK.

Both northbound and southbound lanes of the expressway were shut down but finally reopened more than three hours after the crash.

Copyright 2020 Sunbeam Television Corp. All rights reserved. This material may not be published, broadcast, rewritten or redistributed.

'It's not right': Woman says apartment left her no hot water