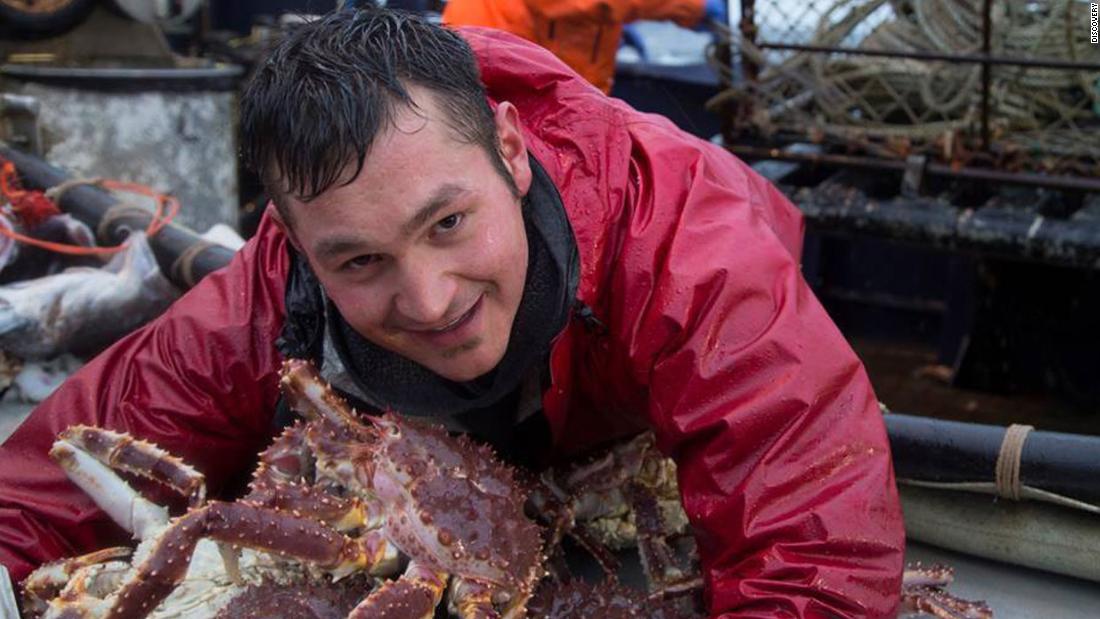 No cause of death or further information was given and his death is currently under investigation.

Discovery, the network home of his series, released a statement to CNN.

“Our deepest sympathy goes out to Nick’s loved ones during this difficult time,” the statement read. “Nick came from a long line of crabbers and was known for his great depth of knowledge. He also had a sharp sense of humor even in the most difficult conditions. He will be deeply missed by all those who knew him.”

The show chronicles the lives of crews working on fishing vessels in the Bering Sea.

Born in Alaska to a veteran commercial fisherman, McGlashan began working on a boat when he was 13 years old.

According to his biography on the Discovery Go site, he was “a 7th generation fisherman who was raised not far from Dutch Harbor on the nearby island of Akutan, Alaska.”

“He was named after his great uncle Nick McGlashan, who worked on the first boat rumored to have pioneered the US crab industry, the F/V Deep Sea, built in 1947,” the bio reads. “Two of Nick’s aunts were also crabbers; one was lost at sea when the boat sank in 1986.”

McGlashan worked as a deck boss on “Deadliest Catch” and has appeared on the series since 2013.

Cameras captured his struggle with substance abuse and in May he opened up about it in a Chosen Magazine article titled “The Deadliest Disease.”

McGlashan wrote that he had been abusing alcohol, heroin and methamphetamine, overdosing three times before he went into treatment in September 2016 and got sober.

“My life went from Bering Sea badass to full-blown junkie very rapidly. Hidden from me was that passion I had for life,” he wrote “Taken from me was my ability to live. I was at war with my addiction and it was winning.”

McGlashan was kicked off the boat for a time during Season 13 to deal with his addiction.

“Though he’s had his ups and downs, Nick has battled endlessly to stay sober and embrace a new sober lifestyle and is now so committed to his recovery that he inspires others in their own,” according to his Discovery Go bio.

McGlashan is one of several cast members who have died, including deckhand Mahlon Reyes, who reportedly died at the age of 38 in August after suffering a heart attack.

Apex woman loses $2K on canceled vacation; Troubleshooter gets her a full refund