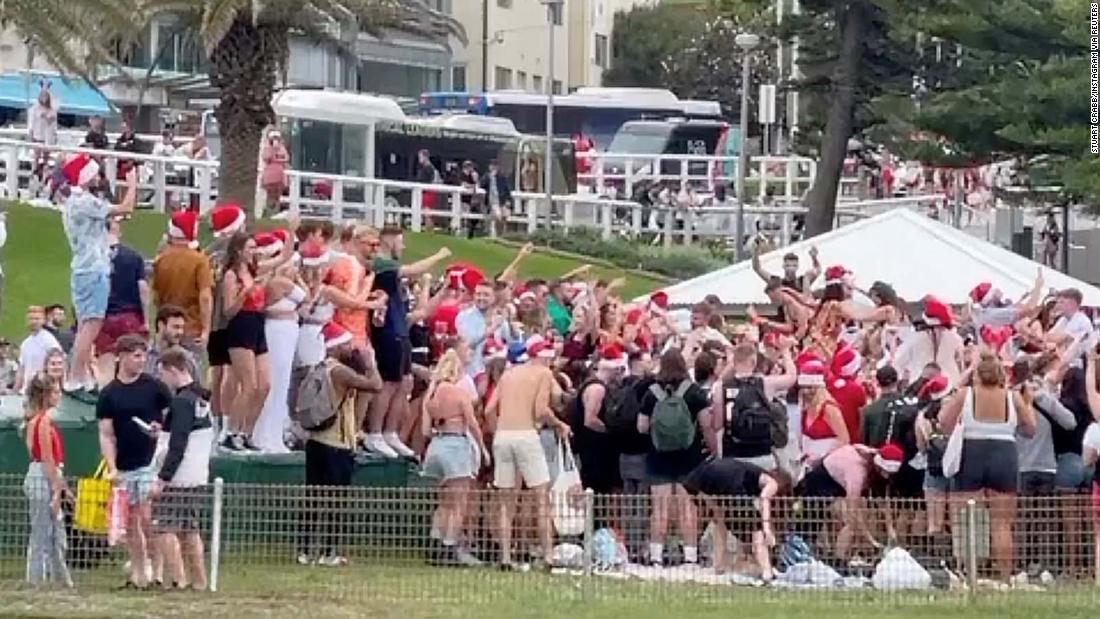 Melbourne, Australia (CNN) — Australia’s Minister of Immigration, Citizenship and Multicultural Affairs has threatened to cancel the visas of any visitors caught breaking rules designed to prevent the spread of Covid-19 in the country, after hundreds of people attended a beach party in Sydney’s Bronte Beach on Christmas Day.

Only 100 people were allowed to gather at an outdoor event in Greater Sydney on December 25 after a new outbreak of Covid-19 in the city’s Northern Beaches region led to tightened restrictions over the Christmas period.
But witnesses said the crowd at Bronte Beach on the afternoon of Christmas Day was in its “hundreds,” many of whom were drinking alcohol and not wearing face masks. Brad Hazzard, Health Minister for the state of New South Wales (NSW), warned the party could be a “superspreader event.”

Local journalist Peter Hannam, who walked by the event at 5 p.m., said a number of people in attendance were talking loudly in British accents.

“These are the same people who would every summer gather at Bondi Beach or Bronte or somewhere else because they want to show off to their northern hemisphere friends that it’s Christmas and we’re in summer,” he said.

Authorities were eventually forced to break up the event, with the state’s riot police deployed to assist in removing the crowd.

One person, a 25-year-old man, was issued a court attendance notice for failing to comply with the “move on” direction, police said. “The remainder of the crowd complied and left the area,” police said in a statement.

It is not immediately clear how many of the crowd were residents or visitors on temporary visas. Australia’s borders have been closed to anyone except citizens and residents since March, but the government announced in April that temporary visa holders — including backpackers — could extend their visas.
But now, Immigration Minister Alex Hawke has warned that any foreign citizens caught breaching public health orders could have their visas reviewed or even canceled.

“Visitors to Australia need to be very clear that if they breach public health orders they are threatening the health and safety of Australians and the federal government will look at their visas,” he said in an interview with the Australian Broadcasting Corporation on December 29.