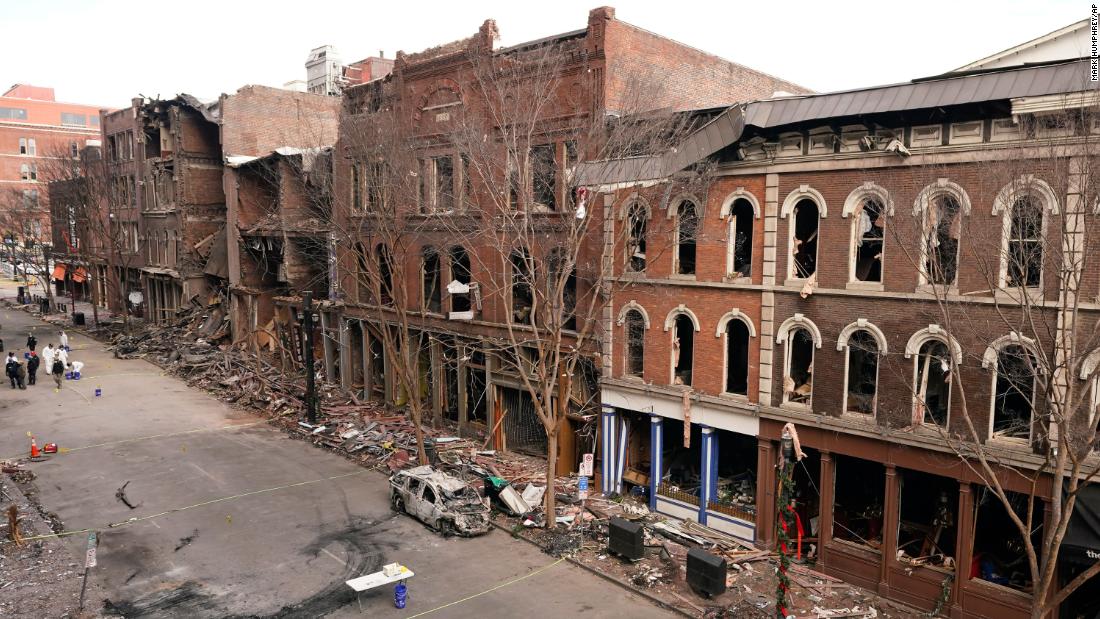 On August 21, 2019, police received a call from an attorney representing Pamela Perry, the woman who said she was the girlfriend of the bomber Anthony Warner, the Metropolitan Nashville Police Department said Tuesday. Her attorney, Raymond Throckmorton, said she had made “suicidal threats to him via telephone.”

When police arrived at Perry’s home, they found two unloaded pistols near Perry, who said they belonged to Warner. She told officers she did not want them in the home any longer and that Warner was “building bombs in the RV trailer at his residence,” according to a “matter of record” report from the MNPD.

The police also spoke to Throckmorton, who once represented Warner and was also present at Perry’s home. He told authorities Warner “frequently talks about the military and bomb-making. (Throckmorton) stated that he believes that the suspect knows what he is doing and is capable of making a bomb,” the report said.

CNN has reached out to Throckmorton for comment about his account — first reported by the Tennessean — but has not yet heard back.

An officer observed Warner’s home for several days, but found no evidence of bomb making, according to Metro Nashville Police Chief John Drake. It would have required a sign of a crime being committed, or that a bomb was being made, to obtain a legal search warrant or subpoena, Drake said.

“I believe officers did everything they could legally. Maybe we could have followed up more — hindsight is 20/20,” Drake said. “The officers did not have probable cause to get a search warrant. There was a call for service on a lady who had two guns, who needed care, and so we, you know, she needed some assistance. There was nothing else there to say OK, yeah — you have to have probable cause.”

An officer asked Throckmorton over the phone whether he could look inside the RV behind the home. The attorney told the officer Warren “did not care for police” and “I’m not going to be able to let y’all do that,” according to Drake.

Throckmorton denied those claims in an interview with CNN affiliate WTVF.

“He was not a current client of mine at that point in time,” Throckmorton said. “I certainly would have never have told him not to check it out when I’m the one who said, go the hell over there, find out what’s going on.”

MNPD asked the FBI to check its databases for records of Warner and none were found, the FBI confirmed in a statement to CNN. On Monday, Tennessee Bureau of Investigation director David Rausch had said Warner, 63, had not previously been on law enforcement’s radar.

Days left of sifting through the crime scene

The explosion Friday outside an AT&T transmission building in Nashville damaged more than 40 buildings and injured at least eight people.

Warner’s remains were found at the scene. Investigators positively identified him by comparing DNA from the scene to that on gloves and a hat from a vehicle he owned, Rausch said. The motive for the explosion is still unknown.

The blast left the historic Nashville street in disarray, and federal investigators expect it will take until Friday to sift through the rubble and collect all of the evidence from the crime scene, officials said Tuesday.

At the time, national response teams from the FBI and ATF had finished going through half of the crime scene and opened it up to city workers for cleanup and safety assessment, FBI spokesman Jason Pack said.

And though authorities have a lot of work ahead of them in determining what motivated the destruction, the area began to be opened up to nearly two dozen business owners and residents on the outskirts of the impact site.

They were escorted by officials into buildings deemed structurally safe to retrieve their important items — in some cases their pets.

For many of the small business owners impacted by the bombing, the damage just adds to the hardship created by the coronavirus pandemic.

“This year’s been tough,” Pete Gibson, the owner of Pride & Glory Tattoo on 2nd Avenue, told CNN. “But right when we get a little light at the end of the tunnel, it all goes away in two seconds.”

2020 through the lens of a photojournalist