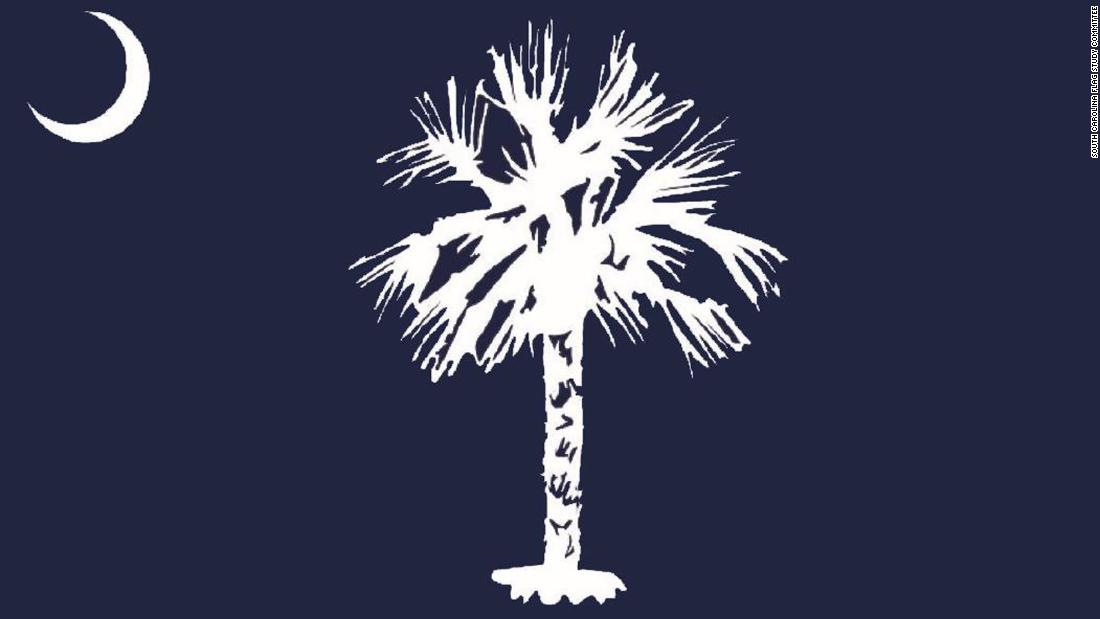 So when a commission of historians was tasked with tweaking its design, residents of the state were quick to respond — mess with the flag, and you mess with us.

The South Carolina State Flag Study Committee was created in 2018 to standardize the state flag — and met just five times before proposing the new one, influenced by state history.

South Carolinians haven’t had an official flag since 1940, when the state repealed a code that required an official design. Most versions currently flown at state government buildings are cast in a deep indigo blue and feature a white crescent in the upper left corner and a white palmetto tree in the center.

It’s “one of the most attractive, recognizable and marketable state flags in the nation,” according to the commission’s report.

The flag the committee proposed doesn’t differ too wildly from the original iconography. The background would remain indigo, it said, because Revolutionary soldiers wore uniforms of the same color, dyed with the indigo plant. The crescent — not a moon, but a badge worn by members of the 2nd South Carolina Regiment — was historically accurate, so it too would remain in the same position.

But the problem most had with the new flag focused on its beloved palmetto tree. The newly designed tree, adapted from a 1910 illustration used in an older version of the state flag, has been criticized as “raggedy,” “hideous” and reminiscent of a toilet bowl brush. Historical accuracy notwithstanding, state residents raged against the poor, sickly looking tree.

“As a lover of history and a proud South Carolinian, I’m pleased to see the State moving to standardize the official design of South Carolina’s iconic flag,” he tweeted.

Scott Malyerck, a political consultant appointed to the flag committee, told the Post and Courier’s Avery Wilks that around 95% of feedback he received on the flag was negative.

“Message received,” he told the paper.

The overwhelmingly unenthusiastic response spurred the commission to revise its design before it goes before lawmakers in 2021.

Stimulus payments to Americans are on the way, government says