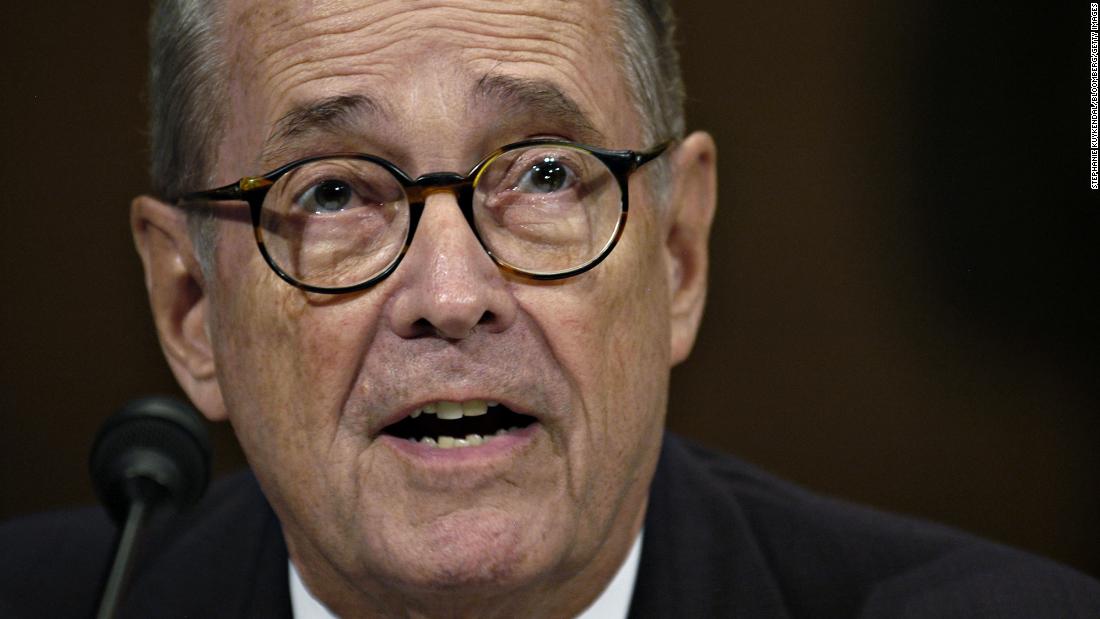 In honor of Thornburgh, Democratic Gov. Tom Wolf on Thursday ordered the US and Pennsylvania flags on all commonwealth facilities, public buildings and grounds to fly at half-staff immediately.

Thornburgh served as Pennsylvania’s governor for two terms between 1979 and 1987. The following year he was tapped by President Ronald Reagan to lead the Justice Department, a position he kept during George H. W. Bush’s administration, until 1991.

“Governor Thornburgh served two terms as governor of Pennsylvania, and calm, grounded leadership was a hallmark of his governorship,” Wolf said in a statement.
Thornburgh’s tenure as governor is marked in part by his management of the 1979 Three Mile Island nuclear crisis, when a partial meltdown at the plant resulted in the most serious accident at a commercial nuclear power plant in US history.

“He guided Pennsylvania through a tumultuous period in our commonwealth’s history following the partial meltdown at the Three Mile Island nuclear power station,” Wolf said. “His was a necessary and steady voice of calm in the midst of crisis … All of Pennsylvania mourns the loss of one of our great public servants.”

The nuclear accident occurred just 71 days after Thornburgh was sworn in as governor. Among some of his early actions during the crisis was his ordering of the evacuation of pregnant women and young children from the area. Though there’s no indication the release of radiation caused any health issues among either employees or the general public, the incident led to stricter federal oversight of nuclear power plants.

Thornburgh also “balanced the state budget each year during his two gubernatorial terms, reduced personal and business tax rates, cut the state’s record high indebtedness, and left a surplus of $350 million,” according to the National Governors Association.

At the Justice Department, Thornburgh focused on white-collar crime, drug trafficking and terrorism, among other issues, according to the NGA.

As Bush’s attorney general, Thornburgh played a key role in the implementation of the landmark 1990 Americans with Disabilities Act, which expanded civil rights protections for Americans with disabilities.

Wolf celebrated Thornburgh’s involvement, saying that “during his tenure, the office of the Attorney General used its power to advocate for the needs of vulnerable Americans.”

This story has been updated with additional details.

McConnell called Hawley out on conference call Hawley wasn’t on