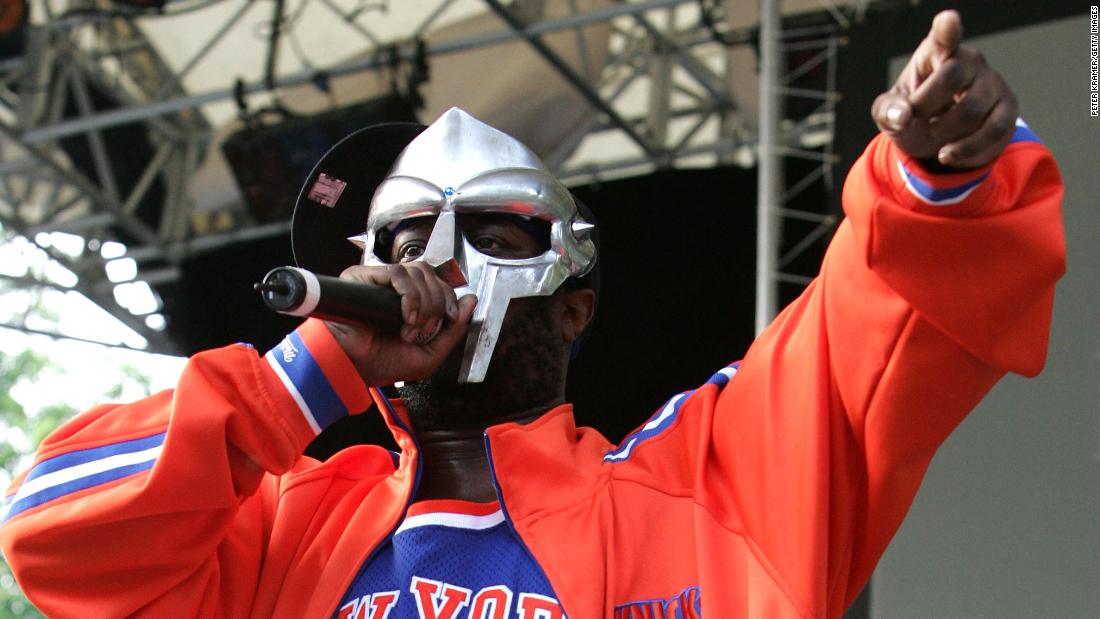 No cause of death was given and CNN has reached out to his record label and reps to ask about the delay in announcing his death.

She began the note addressing the rapper, whose real name was Daniel Dumile, by his last name.

“The greatest husband, father, teacher, student, business partner, lover and friend I could ever ask for,” the note read “Thank you for all the things you have shown, taught and given to me, our children and our family.”

Born in London in 1971, he moved with his family to Long Island, New York, as a child and started performing and producing hip hop as a teen under the name Zev Love X.

He and his younger brother Dingilizwe, known as DJ Subroc, formed the group KMD and released a critically acclaimed debut album, “Mr. Hood,” in 1991.

Their sophomore album was prepared for release in 1993 when Dumile’s brother died after being hit by a car.

In a 2009 New Yorker article, he told writer Ta-Nehisi Coates that the mask “came out of necessity.”

“I wanted to get onstage and orate, without people thinking about the normal things people think about. Like girls being like, ‘Oh, he’s sexy,’ or ‘I don’t want him, he’s ugly,’ and then other dudes sizing you up,” Dumile said. “A visual always brings a first impression. But if there’s going to be a first impression I might as well use it to control the story. So why not do something like throw a mask on?”

He became well known for his intellect, wit and intricate rhyme style, which he displayed on six solo albums and five collaborative projects with the likes of Danger Mouse and Ghostface Killah.

“Safe journey and may all our ancestors greet you with open arms. One of our greatest inspirations. Thank you for allowing us to be your parents,” he reportedly posted on social media in announcing the loss of “the greatest son one could ask for.”

The rapper’s wife referenced that loss in announcing her husband’s death.

“Words will never express what you and Malachi mean to me, I love both and adore you always,” she wrote. “May THE ALL continue to bless you, our family and the planet.”