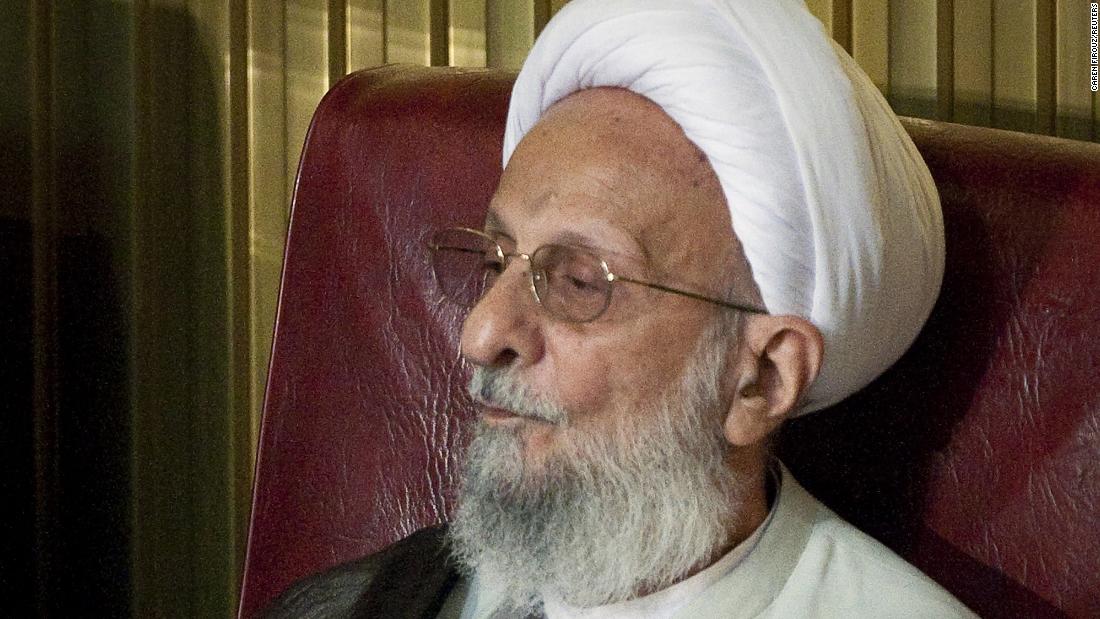 The Imam Khomeini Educational and Research Institute, which Mesbah Yazdi headed, said he had been hospitalized over the past few days with a disease to his digestive system.

The prominent cleric played a major part in the 1979 uprising that overthrew the Western-backed Shah of Iran, Mohammed Reza Pahlavi, according to Iran’s state-run Press TV.

Mesbah Yazdi was seen as a hardliner and anti-West in general, including holding anti-US positions. An outspoken critic of a liberal press, he was known to have ratified crackdowns on domestic opposition, feminism and gender equality.

According to regional experts, he was a spiritual mentor to Mahmoud Ahmadinejad, the former Iranian President who served from 2005 to 2013.

Mesbah Yazdi was a member of the Assembly of Experts — the body responsible for electing and monitoring the performance of Iran’s Supreme Leader — and the Supreme Council of Cultural Revolution, Press TV reported.