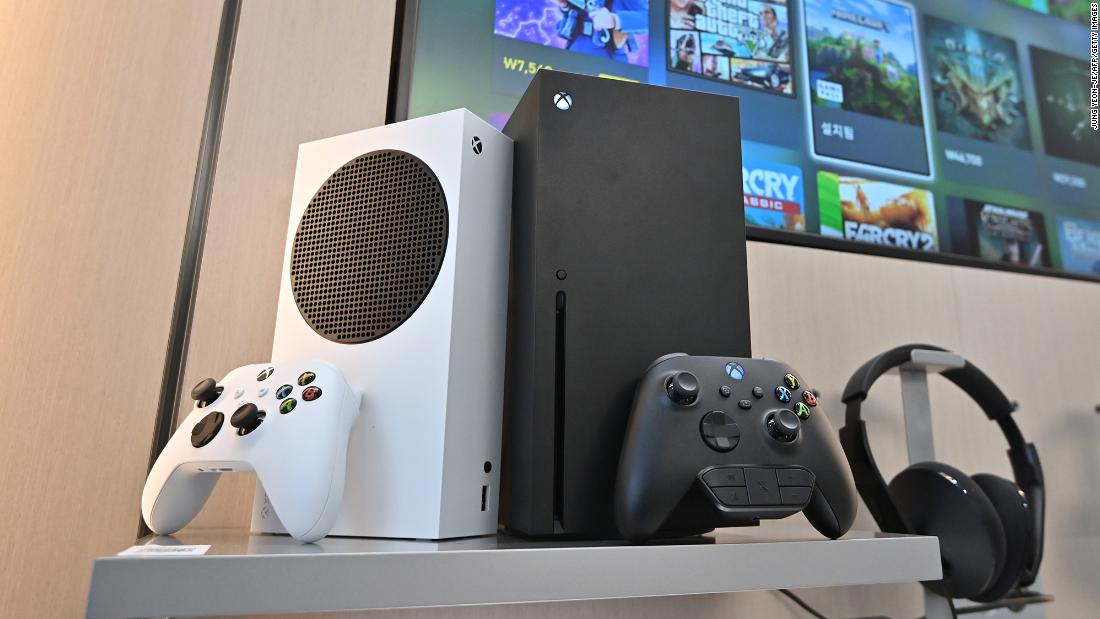 “I was on the phone last week with (CEO) Lisa Su at AMD (asking), ‘How do we get more? How do we get more?,’ So it’s something that we’re constantly working on,” Spencer said. He did not go into detail about how AMD might help make more units available more quickly, and AMD did not immediately respond to CNN Business’ request for comment.

“We got the consoles launched — wish we had more of them, we’re selling out too quickly,” Spencer added.

The Xbox Series X and Series S are currently out of stock at all retailers where they are sold, according to the Xbox website. Xbox executives have previously said the shortage could last until this spring.
While some analysts speculated in November that Microsoft (MSFT) (and Sony (SNE)) had intentionally limited production of the consoles to help maximize profits, Spencer said on the podcast that is not the case for the Xbox.

“We’re not holding them back, we’re building them as fast as we can,” Spencer said. “We have all of the assembly lines going.”

He added that the reason for the limited supply comes “down to physics and engineering.” Spencer did not elaborate on exactly what that means.

“We have seen overwhelming global demand from our fans for the next generation of Xbox and are working tirelessly with our retail partners to replenish Xbox hardware as quickly as possible — in some instances, that will be on a weekly basis depending on the retailer and market,” a Microsoft spokesperson said in a statement. “We can’t wait for fans to experience gaming on Xbox Series X and Xbox Series S. Please check in with your local retailers directly for more details on availability in your market.”

Many companies have experienced supply chain disruptions, as well as shortages caused by surging demand, during the pandemic.

Spencer noted that when it comes to demand, gaming has been no exception.

During its most recent quarterly earnings report in October, Microsoft posted 30% year-over-year revenue growth for Xbox content and services; by contrast, revenue growth for the segment was flat during the same period in the prior year. AMD in October announced record quarterly revenue for the three months ending in September — posting revenue growth of 56% compared to the year-ago quarter — thanks to strong demand for products such as those that power personal computers, gaming systems, data storage and cloud computing, tools that have become even more essential during the pandemic.

“I think gaming has really come into its own in 2020,” Spencer said. “Obviously, PlayStation 5 is in very tight supply, and when you look at the graphics cards from AMD and Nvidia. There’s just a lot of interest in gaming right now. Console sales are just a sign of that, game sales are just a sign of that. And hardware is in short supply, but we’re working as hard as we can.”

Microsoft’s stock is up nearly 37% over the past year; AMD’s has risen almost 91%.

NY Gov. Andrew Cuomo wants to make it a crime to sell or administer Covid-19 vaccines to people who are trying to skip the line