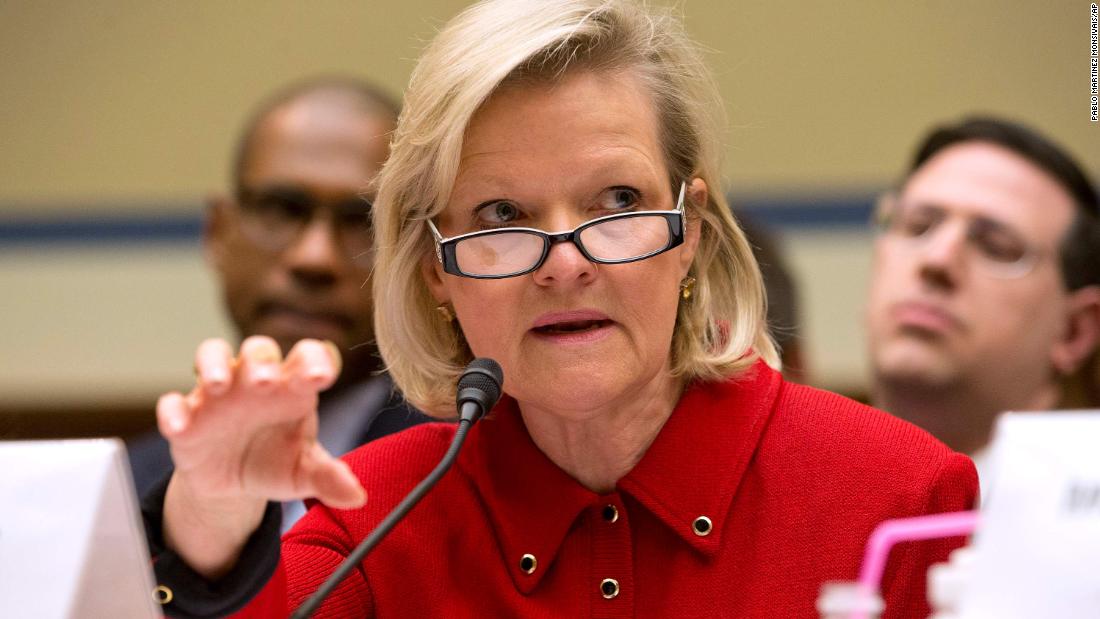 
National law firm Foley & Lardner previously said it was “concerned” with Mitchell’s involvement in Trump’s call with Georgia Secretary of State Brad Raffensperger, and said the firm wasn’t engaged in any legal work challenging the election results. Tuesday, it announced Mitchell was no longer with the firm.

“Cleta Mitchell has informed firm management of her decision to resign from Foley & Lardner effective immediately. Ms. Mitchell concluded that her departure was in the firm’s best interests, as well as in her own personal best interests,” firm spokesman Dan Farrell said in a statement Tuesday. “We thank her for her contributions to the firm and wish her well.”

Her biography was removed from the law firm’s website on Tuesday. Mitchell has not responded to requests for comment from CNN.

Mitchell has for many years been one of the right wing’s most prominent voices alleging voting fraud.

On Trump’s call January 2 with Raffensperger, White House chief of staff Mark Meadows identified Mitchell as an attorney having some involvement with Trump’s effort.

She spoke several times on the call about a lawsuit Trump had brought to decertify Georgia’s results, and Trump’s effort to get records from the state. A lawyer for the state told her that the information she had was “not accurate.”

Law firms, which often take pride in representing unpopular positions, rarely react strongly to political discourse. But Trump’s weekend call to the Georgia officials and insistence in trying to change the election’s result has been perceived by the legal community to be extraordinary and, in many instances, ethically and democratically out of bounds.