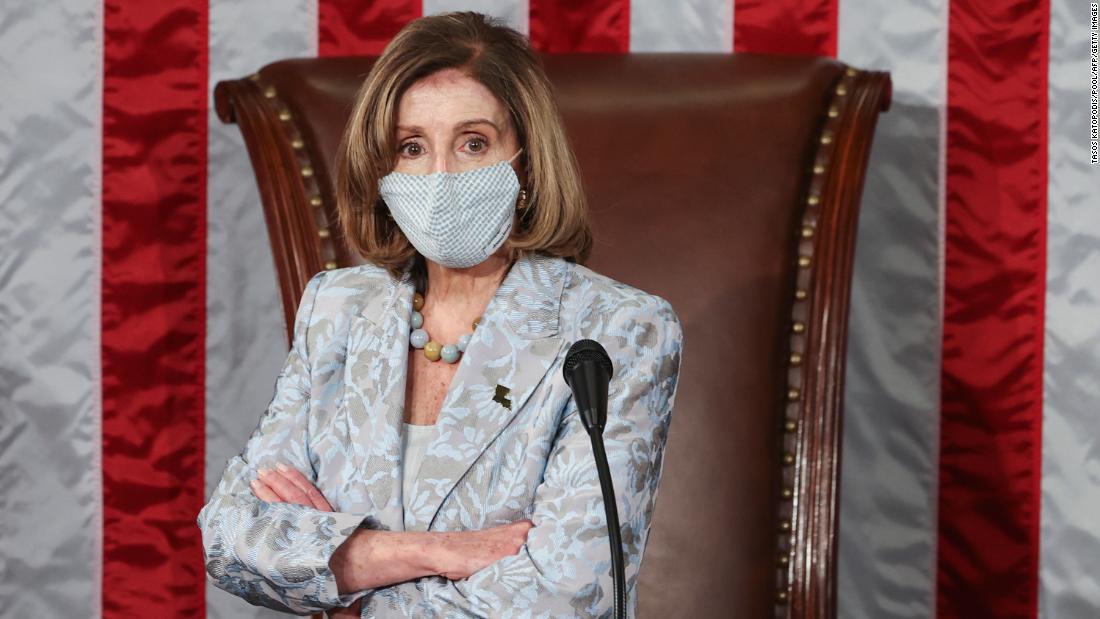 The two lawmakers, Marjorie Taylor Greene of Georgia and Chip Roy of Texas, were voting on Tuesday when the exchange occurred.

CNN witnessed Roy not wearing a mask and engaging in an animated exchange with floor staff. Roy would not comment to CNN after he left the floor.

Asked for comment, Greene’s office said the congresswoman is “perfectly healthy and tested negative for COVID yesterday at the White House.”

“Speaker Pelosi directly addressed the Congresswoman and demanded she put on her mask while on the floor,” the spokesperson said to CNN in a statement.

The spokesperson then accused Pelosi of allowing “a COVID positive Democrat to waltz around the Capitol complex and on the House floor,” referring to Democratic Rep. Gwen Moore, who announced she had tested positive for Covid last week and later voted in the House just six days after announcing her Covid-19 diagnosis.

Moore, who wore a mask on the House floor Sunday, said in a statement Tuesday she was followed the guidance of Dr. Brian Monahan, the Attending Physician of the United States Congress.

“While I quarantined immediately upon exposure on December 22nd and tested positive the next day, I have been diligent in working with doctors to put my health and public health first,” she said in the statement.

And three lawmakers, two Democrats and one Republican, voted Sunday through a “secure enclosure” since they were exposed to someone with Covid-19 but then tested negative for the virus, according to the Capitol physician. CNN witnessed GOP Rep. Jeff Fortenberry vote Sunday from a plexiglass-enclosed area above the House floor, wearing both a mask and a face shield.

A senior Democratic aide told CNN Greene’s statement about “the Covid positive Democrat” “is not accurate.” The aide added Greeneand Roy were repeatedly asked by House sergeant at arms to put their masks on. The House rules require members to wear their masks at all times on the House floor.

The heated back-and-forth comes hours after House Minority Leader Kevin McCarthy, Minority Whip Steve Scalise, GOP conference chair Liz Cheney and top Republican on the House administration committee Rodney Davis sent a letter to Pelosi saying she “completely abandoned” safety protocols on Sunday’s opening session so that she could have the votes to be reelected speaker.

“The detailed guidance on the logistics for January 3rd issued at your direction by the House Sergeant at Arms and Attending Physician were completely abandoned,” the GOP leaders wrote. “The reality is, (the plexiglass structure) was built because it was politically beneficial for you to have members vote on your behalf for Speaker.”

The Democratic aide also told CNN that the letter Tuesday morning from GOP leadership “was full of falsehoods.”

“None of those members were positive, they’d all in fact were asymptomatic and tested negative,” the aide said.

This is not the first time that Greene, a conservative freshman from Northwest Georgia, was admonished by House staff for entering the floor without a mask. She was repeatedly told Sunday to wear a mask as well.

Greene told Newsmax Tuesday she’ll “be fighting back” on the requirement to wear masks on the House floor because “all rules went out the window” on Sunday.