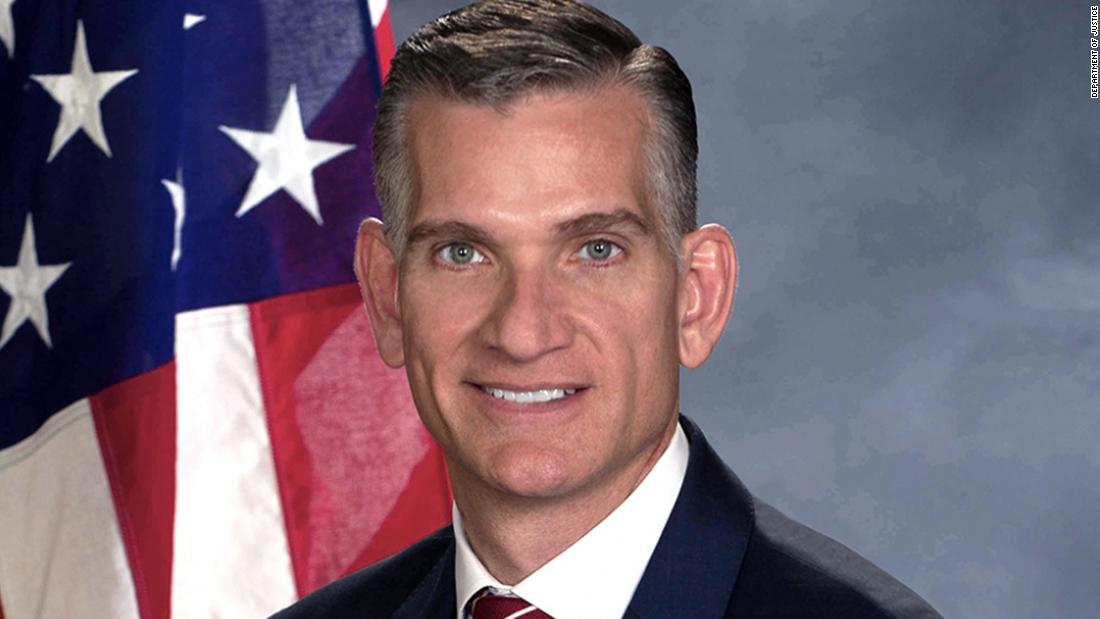 Byung “BJay” Pak, a Trump appointee who has served in the office since 2017, left his job abruptly on Monday as the US attorney for the Northern District of Georgia, which includes Atlanta and Fulton County, citing “unforeseen circumstances” in a memo to staff.

Pak’s departure follows fallout over a weekend phone call where Trump pressured Georgia Secretary of State Brad Raffensperger, a Republican, to “find” votes to overturn the election in the state, which he lost to President-elect Joe Biden.

In audio of the phone call obtained by CNN and first reported by The Washington Post, Trump is also heard making baseless claims about the state’s election and at one point when questioning the audit of ballots he tells Raffensperger, “You have your never-Trumper US attorney there” without mentioning a name. The comment appears to reference Pak.

The Justice Department said the Southern District of Georgia’s US attorney, Bobby Christine, who is also a Trump appointee and has been in the job since 2017, would take over as acting head in Atlanta, taking on both roles.

“On January 4, 2021, by written order of the President, Bobby was named Acting U.S. Attorney for the Northern District of Georgia,” Christine’s bio on the Justice Department website said.

It’s not clear why Pak left several days before his previously planned departure or why the White House intervened to instill leadership in the office instead of allowing an experienced deputy to take over temporarily, as is more typical for the end of an administration.

The Atlanta office’s top assistant US Attorney, Kurt Erskine, normally would have taken on the acting US Attorney role but was passed over for Christine. Erskine declined to comment on Tuesday.

A spokesperson for the Northern District of Georgia did not provide further information about Pak’s departure.

Sources familiar with him say Pak, a former Georgia state representative and white-collar defense lawyer, has been talking to major law firms about joining them and was planning to leave his office for private practice in short order. But his immediate departure came as a surprise on Monday, including to those who know him.

In a statement Monday from the Justice Department announcing his resignation, Pak said he was grateful to Trump for the opportunity to serve and thanked former Attorneys General Bill Barr and Jeff Sessions.

“It has been the greatest honor of my professional career to have been able to serve my fellow citizens as the U.S. Attorney for the Northern District of Georgia,” he said. “I have done my best to be thoughtful and consistent, and to provide justice for my fellow citizens in a fair, effective and efficient manner.”

Christine is an Iraq War veteran and holds several military honors, including the Bronze Star and Meritorious Service Medal, and is a brigadier general in the National Guard. He is a political up-and-comer who has shown interest especially in cases related to defense, a person familiar with him told CNN.

Until now, Christine had not been as high profile as Pak — because the Atlanta federal prosecutors’ office tends to overshadow other law enforcement officials in the state.