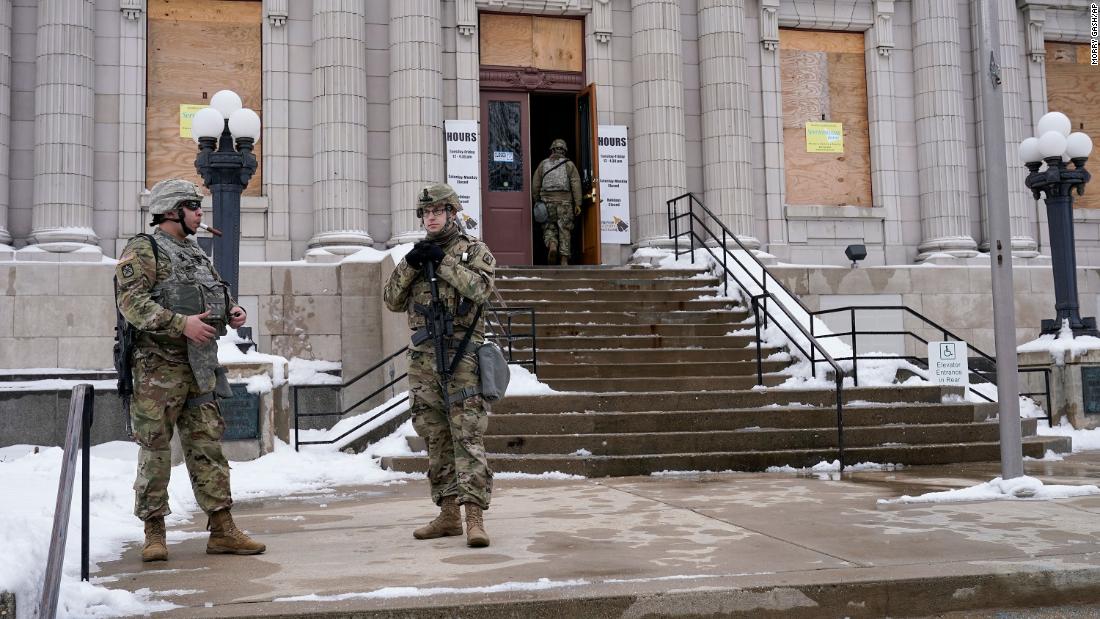 Kenosha County District Attorney Michael Graveley made the announcement on Tuesday, during which he also said there will be no charges for the other two officers involved in the incident, which took place in August of 2020. Blake will also not face charges, Graveley said.

Wisconsin Governor Tony Evers said Monday that he was mobilizing 500 National Guard troops ahead of the decision at the request of local officials.

“Our members of the National Guard will be on hand to support local first responders, ensure Kenoshans are able to assemble safely, and to protect critical infrastructure as necessary,” Evers said in the statement.

Blake was shot seven times in the back by a White Kenosha police officer, Rusten Sheskey, responding to a call about a domestic incident on August 23, 2020. Blake survived the shooting but was left paralyzed from the waist down.

Disturbing video of the incident led to mass protests in Kenosha as well as across the US.

The city has been bracing for the decision on charges

In an op-ed published in the Kenosha News on December 27, Mayor Antaramian and Police Chief Daniel Miskinis said they were prepared for possible protests following the announcement.

“What we do know is that regardless of the decision, people will have differing opinions and strong emotions about it. That is everyone’s right. Whether you agree or disagree, we ask that you express your opinions peacefully and lawfully,” the officials wrote.

On Tuesday, Kyle Rittenhouse pleaded not guilty to all charges against him during a virtual arraignment held via Zoom. Rittenhouse, 17, faces charges of fatally shooting two men, Joseph Rosenbaum and Anthony Huber, and wounding another, Gaige Grosskreutz, during protests following the police shooting of Blake.

Rittenhouse also is charged with possession of a dangerous weapon while under the age of 18, a misdemeanor, according to court records.

An attorney for Rittenhouse, Mark Richards, has argued that Rittenhouse acted in self-defense.