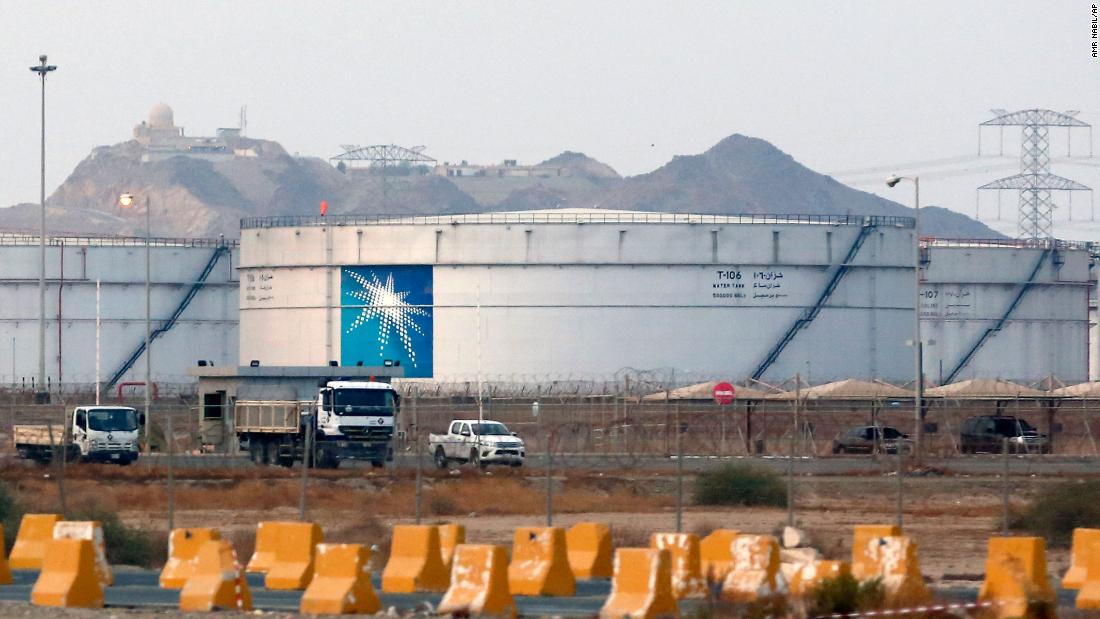 Russia and Kazakhstan will produce more oil over the coming months under the deal. Saudi Arabia, meanwhile, said it would voluntarily cut its production by 1 million barrels per day from January’s levels.

“We do that willingly and we do that with the purpose of supporting our economy, the economies of our colleagues,” said Saudi Minister of Energy Prince Abdulaziz Bin Salman during a press conference.

“We did not ask any country to come forward and do any cuts,” he added.

The Organization of the Petroleum Exporting Countries (OPEC) and allied producers acknowledged the unprecedented conditions created by the pandemic and commended members for the largest and longest crude oil supply cut in history, according to a statement.

US oil prices rallied past the $50 mark in response to the agreement but pulled back from their highs somewhat. Futures settled 4.9%, or $2.31, higher at $49.93 per barrel.

“It is indeed quite shocking that Riyadh is proposing to cut its output, as it could effectively mean that is willing to forego market share,” said Bjornar Tonhaugen, head of oil market research at Rystad Energy. Saudi Arabia is more than making up for Russia and Kazakhstan increasing output.

The group initially failed to agree on production levels for February during a meeting on Monday.

New variants of the coronavirus that appear to be more transmissible have been detected in many of the world’s biggest economies, raising fears that governments may be forced to impose restrictions on travel and public life. On Monday, Prime Minister Boris Johnson ordered the United Kingdom back into a severe lockdown in the hope of preventing the country’s health system from being overwhelmed. Germany is considering extending its lockdown.

There are also concerns about the pace of vaccine distribution. Even in countries that have procured early access to doses, including the United States and the United Kingdom, it’s taking longer than expected to vaccinate the most vulnerable people.

Most countries in the OPEC+ group supported rolling over production levels from January, but Russia favored another increase of 500,000 barrels per day, an OPEC source told CNN Business on Tuesday.

Prince Abdul Aziz urged caution on Monday, telling delegates that the “level of uncertainty in the world remains high,” and that a new wave of restrictions on activity could harm demand for transportation fuels.

“I urge you today not to take for granted the progress we have made as a group over the past year,” the prince said in his opening remarks. “Do not put at risk all that we have achieved for the sake of an instant, but illusory, benefit.”

Russian Deputy Prime Minister Alexander Novak told reporters last month that he would push for an increase of 500,000 barrels per day in February, according to comments reported by Reuters. He also said Moscow views a price between $45 and $55 per barrel for Brent crude as optimal.

Louise Dickson, an oil markets analyst at Rystad Energy, said that two clear factions have emerged within the OPEC+ group.

“The division is a blow to the alliance, raising again the question of whether or not its members, with very different agendas and production structure, can continue to work together,” said Dickson. “But more often than not, a deal is agreed upon in the end.”

The last time the group splintered, back in March, a brief but intense battle for market share ensued between Saudi Arabia and Russia that sent oil prices crashing.

Now, increasing production in the face of weak demand could cause prices to drop. But some of the group’s producers are worried about giving up market share to rivals including US shale producers. Dickson said those fears are probably overstated.

“A month of more restrained output from OPEC+ will not tip the balance so far that the cartel is unable to claw back barrels from shale in a month’s time,” she said in a research note.

— Anneken Tappe contributed to this report