Joe Biden’s economic agenda is suddenly alive again. America could use the jobs 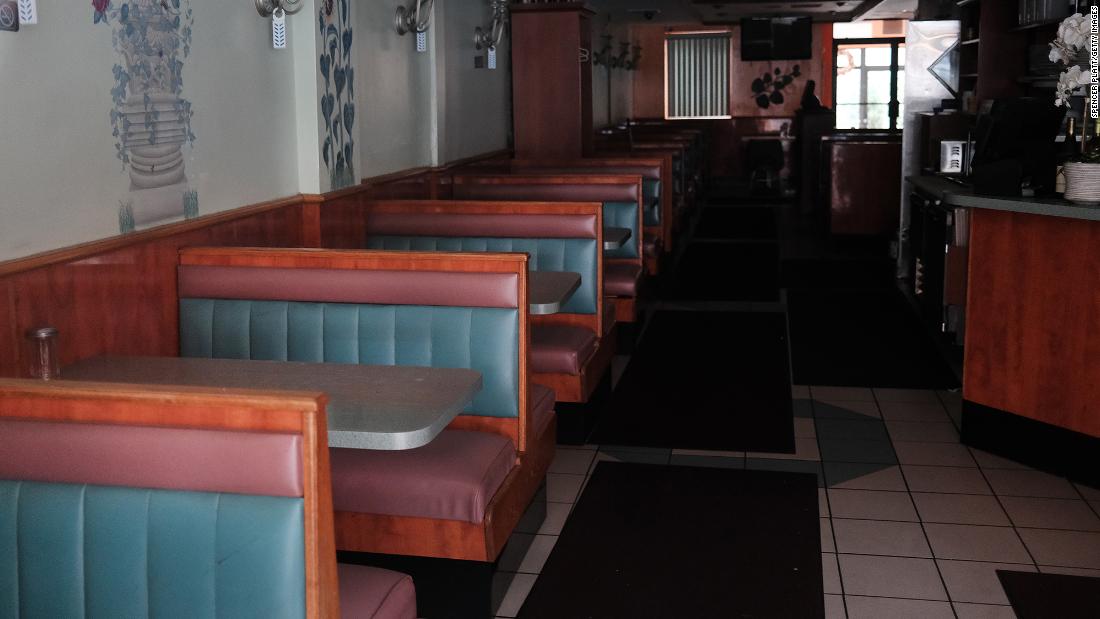 The job market recovery that began in May has run out of steam and economists predict the unemployment rate rose to 6.8% between November and December. It would be the first increase in the jobless rate since April.
Biden wants to solve America’s jobs crisis with infrastructure investments and green energy. That could help to create jobs in the long term — including one million jobs in the auto industry and 10 million clean energy jobs, according to Biden’s plan. It could also help with automation eating into America’s manufacturing jobs and displacing workers.

But the United States has a short-term jobs crisis to deal with, too, and that will be tricky for Biden and Congress to solve.

America’s economy needs more assistance beyond the stimulus bill President Donald Trump signed into law last week. That package expands state jobless benefits by a $300 per week through March 14 and adds an 11-week extension for other pandemic unemployment programs created by the CARES Act last spring.
Republicans resisted Democrats’ attempts to increase unemployment benefits, stimulus checks — which Trump also supported — and aid to states and cities necessary to keep countless government employees in their jobs. But with the potential for a so called blue wave rushing through the Senate, another, bigger, round of stimulus is becoming more likely. And it is badly needed.

Economists predict America’s job market recovery ground to a halt in December, stopping way short of the labor market’s pre-pandemic strength. Ten months into the pandemic and eight months into the recovery, millions of Americas remain unemployed and reliant on government aid to make ends meet.
The official December jobs report, due Friday at 8:30 am ET, is expected to show only 71,000 jobs were added last month, which would be the smallest increase since the country started on its long road to recovery in May. If the prediction holds true, America will still be down 9.7 million jobs since the start of the crisis.
Experts downgraded their predictions after the ADP employment report Wednesday showed 123,000 private-sector jobs were lost last month — a far worse report than expected — with most losses in the leisure and hospitality industry.
The December expectations fit right into the trend given Covid-19 infections continue to rise, states reimpose restrictions and weekly claims for unemployment benefits remain stubbornly high.
“Following a softer November employment report and a few weeks of rising initial jobless claims, another weak print (even slightly negative) would likely not be too surprising,” wrote Veronica Clark, economist at Citi (C), in a note to clients.

The pandemic-sensitive sectors are more at risk to shed jobs again given the virus controlling measures across the country, Clark said. On top of that, the retail sector also likely didn’t hire as many seasonal workers for the holidays.

The slowdown is a bad sign for the pace of the recovery in 2021 and a big call to action for the incoming Biden administration.

Economists will also be looking for worsening trends in the nitty gritty of Friday’s report. For example, the number of people who dropped out of the workforce altogether, and therefore weren’t counted as ‘unemployed’, rose in November. This is worrying because the longer a person is jobless, the harder it becomes for them to return to work.

The more people fall into that category, the more it will weigh down America’s economy recovery. That’s why dealing with the unemployment crisis is so essential to the improvement of the overall economy.

A Covid-19 at-home test is now available on Amazon

Jack Ma was almost bigger than China. That’s what got him into trouble