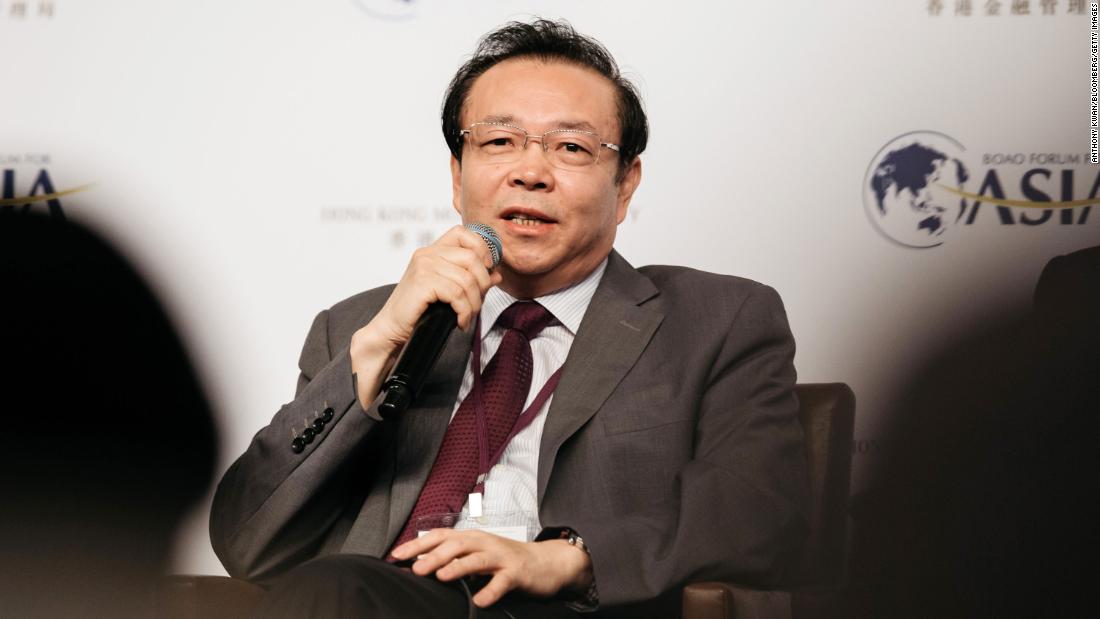 Lai Xiaomin — who used to chair China Huarong Asset Management — was guilty of taking or seeking bribes totaling nearly 1.8 billion yuan ($277 million), a court in the port city of Tianjin said on Tuesday. Chinese state media reported in August that he pleaded guilty at an earlier hearing in the case.

The court said the bribes happened over the 10 years leading up to 2018, when Lai was investigated as part of a broader clampdown on the financial sector.

China’s court system has a conviction rate of around 99%, according to legal observers, and corruption charges are often used to go after Communist Party insiders who fall afoul of the leadership.
The scale of the crime is unprecedented. Not in the 72 years since the founding of the People’s Republic of China has anyone been charged with taking bribes this large, according to an article written by Wang Xiumei, a former Supreme People’s Court judge and law professor at Beijing Normal University, and published in the state-owned Legal Daily.

Authorities obviously took note of the historic nature of the crime: As it announced Lai’s death sentence, the court in a statement called Lai “lawless and extremely greedy.”

Lai is the latest in a string of prominent officials and executives who have fallen from grace in the years since Beijing first began taking steps to curb risks and tighten the Chinese Communist Party’s grip on the financial sector.

But the decision to impose capital punishment on Lai is striking. He is the highest ranked official to receive a death sentence for economic crimes since President Xi Jinping took power in 2012. Before joining Huarong, Lai served as a regulator with stints at the People’s Bank of China and the CBRC.

“It fully indicates the [Communist Party’s top leadership] is determined in its corruption crackdown,” Wang wrote.

CNN Business has been unable to reach representatives for Lai for comment. The timeline for his execution, meanwhile, is unclear. The Supreme People’s Court reviews death penalty cases before the punishment is carried out, and Lai may still appeal.

A high-flying company under scrutiny

The government created Huarong Asset Management shortly after the 1997 Asian financial crisis as one of a handful of firms meant to handle mounting bad debt at state-run banks.

Lai became president of the company in 2009. He later ascended to chairman. His tenure was characterized by a period of rapid expansion. Huarong not only manages assets but also is involved in lending and other forms of equity investment. It raised 17.8 billion Hong Kong dollars ($2.3 billion) from an IPO in Hong Kong in 2015.

That aggressive growth, though, also attracted scrutiny from regulators. Huarong’s own debt-to-asset ratio surged during Lai’s time as a top executive. In 2014, well before his arrest, banking regulators criticized the company’s trust division as “risky.”

The case against Lai was the subject of a documentary in 2020 produced by the Communist Party’s top disciplinary body, the Central Commission for Discipline Inspection.

The documentary, which aired on state broadcaster CCTV, claimed that Lai stored money, jewelry and other assets he received as bribes in an apartment in Beijing he nicknamed the “supermarket.”

“I didn’t spend a penny of it,” Lai said in the documentary.

Lai said he wanted to save the money for his children.

“I dared not spend it,” he added. “And I was haunted with fear.”

As authorities investigated Lai, the scope of their allegations expanded. In addition to the bribery charges, he was also convicted of embezzlement and bigamy.

“The amount of Lai’s bribery is extremely large, the case is particularly serious, and his malicious intent is deep,” the court said Tuesday, adding that Lai took advantage of his position to make decisions that harmed “national financial security and stability.”

A signal to others

Huarong on Wednesday said that it “firmly supports” the court’s decision, adding that the company would stay in line with the Communist Party’s top leadership on ideology and action.

While Lai’s case is particularly severe, Beijing may intend it as a signal that it is willing to take all kinds of steps to crack down on unruly industries, said Willy Lam, a professor at the Chinese University of Hong Kong.

“Look at what’s happening to Alibaba and Jack Ma,” he said, a reference to the intense scrutiny facing one of China’s most prominent tech empires. Alibaba faces an antitrust investigation, while Ma’s financial tech company Ant Group has been ordered to overhaul parts of its business.

Xi is “probably using Lai’s case to send a message to everyone, including the private sector,” Lam said.

The 'blue wave' may have arrived after all