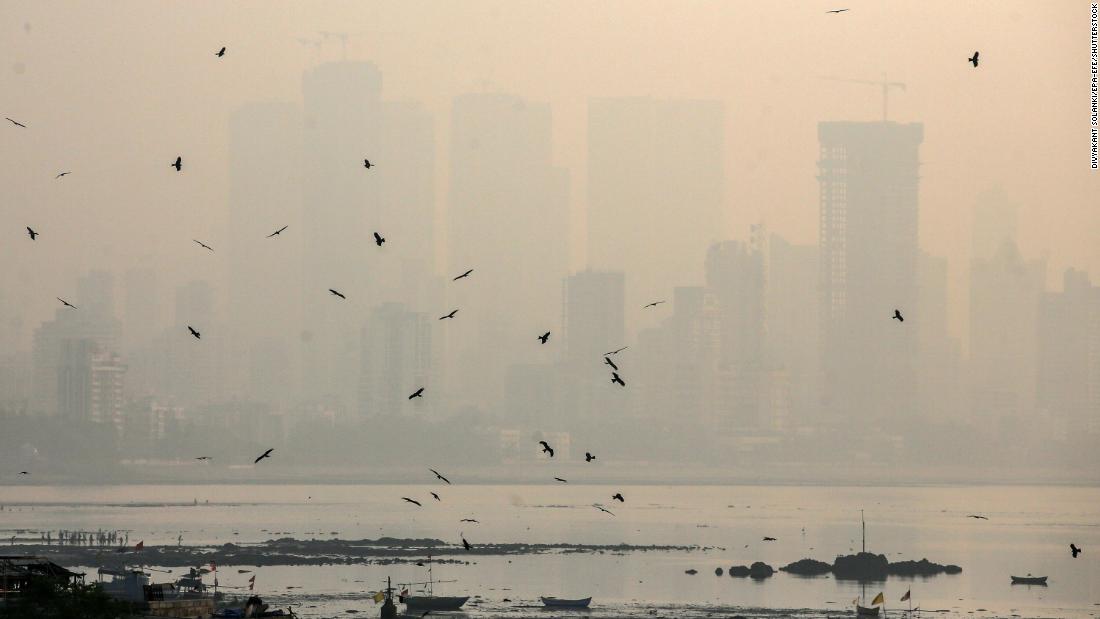 Researchers found that an estimated 349,681 pregnancy losses each year across India, Bangladesh and Pakistan were associated with bad air quality.

Published in the Lancet Planetary Health journal on Wednesday, the study suggests that if these countries met India’s air quality standard, it could have prevented 7% of the annual pregnancy losses.
Dirty air has previously been linked to increased miscarriages, premature births and low birth weights among infants, as a result of the effects of pollution on the mother. Other research has found that pollution can breach a mother’s placenta and potentially reach fetuses in the womb.

But the study is believed to be the first of its kind to quantify the effect of ambient pollution on pregnancy loss in South Asia — one of the most polluted regions on Earth — and the authors say their findings are important for improving public and maternal health, particularly in low income countries.

“South Asia has the highest burden of pregnancy loss globally and is one of the most PM2.5 polluted regions in the world. Our findings suggest that poor air quality could be responsible for a considerable burden of pregnancy loss in the region, providing further justification for urgent action to tackle dangerous levels of pollution,” said lead author of the study, Dr. Tao Xue, who is assistant professor at Peking University, China.

PM2.5 is tiny particulate pollution that can move deep into the lungs when inhaled and enter the bloodstream. The particles, made up of dust, dirt, soot or smoke, originate from construction sites, unpaved roads, fields, smokestacks or fires, and can contain different chemicals. But most particles are a mix of pollutants from power plant, industrial and vehicle emissions.

Exposure to such particles has been linked to lung and heart disorders and can impair cognitive and immune functions.

Researchers focused on these tiny pollution particles. They found between 2000 and 2016, 7.1% of pregnancy losses in South Asia were attributable to the mothers being exposed to air pollution that exceeded India’s current air quality standard of 40 micrograms per cubic meter of air.

For air pollution above the World Health Organization’s air quality guidelines, which recommends the safer 10 micrograms per cubic meter of air, exposure may have contributed to 29% of pregnancy losses, the study found.

Expectant mothers from rural areas or those who were older were at greater risk than young mothers from urban areas, the study found. And pregnancy loss associated with air pollution was more common in the Northern plains region in India and Pakistan.

To reach their findings, researchers looked at data from household surveys on health from 1998 to 2016 and estimated exposure to pollution during pregnancy with the help of satellites. They then created a model that examined how exposure to pollution increased a woman’s risk of pregnancy loss, taking into account maternal age, temperature and humidity, seasonal variation, and long-term trends in pregnancy loss.

The authors say worse air quality can increase the burden of pregnancy loss in low and middle-income countries, so improving pollution levels could reduce miscarriages and stillbirths and lead to knock-on improvements in gender equality.

“We know losing a pregnancy can have knock-on mental, physical and economic effects on women, including increased risk of postnatal depressive disorders, infant mortality during subsequent pregnancy, and increase the costs related to pregnancy, such as loss of labour,” said co-author Dr. Tianjia Guan, from the Chinese Academy of Medical Sciences and Peking Union Medical College.

Dirty air is a major environmental health risk. The WHO says that 4.2 million people die every year due to strokes, heart disease, lung cancer, acute and chronic respiratory diseases linked to ambient — or outdoor — air pollution.