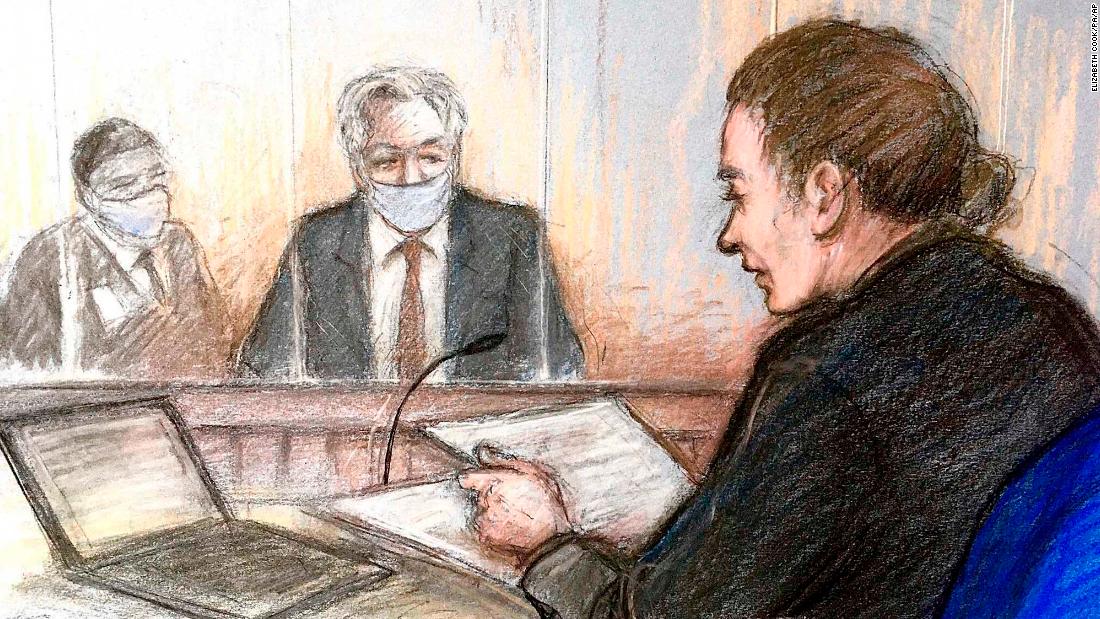 The US said it would appeal against the decision on Monday and asked for Assange to be remanded in custody while that process was ongoing.

Judge Vanessa Baraitser said in her Wednesday ruling that “there are substantial grounds for believing that if Mr. Assange is released today he would fail to surrender to court and face the appeal proceedings.”

Assange’s defense countered that argument, saying that as the court had ruled in favor of him in regards to the extradition order, Assange had every reason to follow the law. They offered up stringent measures to assure both the prosecution and the court that Assange would be able to abscond, including house arrest and GPS monitoring if granted bail.

Baraitser’s rejected the defense’s arguments, saying that Assange had “already demonstrated that he has been willing to flout the order of this court” and that “stringent conditions previously imposed upon him did nothing to prevent this.”

The judge’s decision to deny bail comes after she ruled on Monday that while Assange would be afforded a “fair trial” in the event of extradition to the US, he should not be sent on the grounds that it would be “oppressive,” by reason of his mental health. She said that that the “special administrative measures” Assange would most likely be subject to inside a US prison would have a severe, negative impact on it.

Baraitser said on Monday that Assange had “remained either severely or moderately clinically depressed,” throughout his stay at London’s Belmarsh prison and that he was now considered a suicide risk.

From Monday, the US government has 10 days to make a formal application to the UK High Court, where all extradition appeals are heard, according to Nick Vamos, a lawyer and former head of extradition at the UK’s Crown Prosecution Service.

Marc Raimondi, acting director of Public Affairs for the US Department of Justice said in a statement on Monday that “while we are extremely disappointed in the court’s ultimate decision, we are gratified that the United States prevailed on every point of law raised. In particular, the court rejected all of Mr. Assange’s arguments regarding political motivation, political offense, fair trial, and freedom of speech.”

Raimondi added that the department would “continue to seek” Assange’s extradition.

The appeal is likely to be heard in the next two to three months, Vamos said.

During this time, the 49-year-old Australian will remain in Belmarsh, where he has already served a 50-week sentence for violating bail conditions back in 2012 when he entered Ecuador’s London embassy to avoid extradition to Sweden.

Assange is facing an 18-count US federal indictment for his role in publishing classified military and diplomatic cables.

In April 2019, the US charged him with “conspiracy to commit computer intrusion,” a charge that carries a maximum sentence of five years. In May 2019, the federal government charged Assange with a further 17 counts under the Espionage Act for his role in publishing classified military and diplomatic cables.

Each of those counts carries a potential sentence of 10 years, meaning that if convicted, Assange could be sentenced to up to 175 years in jail.

Assange’s lawyers and supporters have long argued that the extradition order and charges against him are politically motivated, and that, if carried out, would have a chilling effect on press freedoms in both the US and the UK.

At the start of the extradition hearing in February 2020, Assange’s legal team argued that US President Donald Trump was trying to “make an example” of Assange as the trove of classified defense documents relating to Iraq and Afghanistan published by WikiLeaks revealed evidence of war crimes.

Speaking outside the Westminster Magistrates Court on Wednesday, Stella Moris, Assange’s partner and the mother of the couple’s two children, said that Wednesday’s decision was a “huge disappointment.”

She said “Julian should not be in Belmarsh Prison in the first place,” and called on the US Department of Justice to drop the charges and for Trump to pardon him before leaving office.

On Monday, Moris said she was “extremely concerned” that the US government has decided to appeal the decision on the extradition case, saying that the move “continues to want to punish Julian and make him disappear into the deepest, darkest hole of the US prison system for the rest of his life.”

Nils Muižnieks, Amnesty International’s Europe Director said in a Wednesday statement that the decision to refuse Assange’s bail application “renders his ongoing detention ‘arbitrary,’ and compounds the fact that he has endured punishing conditions in high security detention at Belmarsh prison for more than a year.”

Muižnieks added that it was “clear” that Assange should have not been jailed pending extradition in the first place, saying that the charges against him are “politically motivated, and the UK government should never have so willingly assisted the US in its unrelenting pursuit of Assange.”

“The US government is behaving as if they have jurisdiction all over the world to pursue any person who receives and publishes information about government wrongdoing. Today’s decision seems intended to send a message that British justice will not stand in their way.”

Lawyers for the US government have argued that by publishing the diplomatic cables in an unredacted form, Assange had put the lives of sources and informants in “immediate” danger, and damaged the capabilities of US forces carrying out operations abroad.

“Reporting or journalism is not a license for criminality,” James Lewis, Counsel for the US government told the court last year.