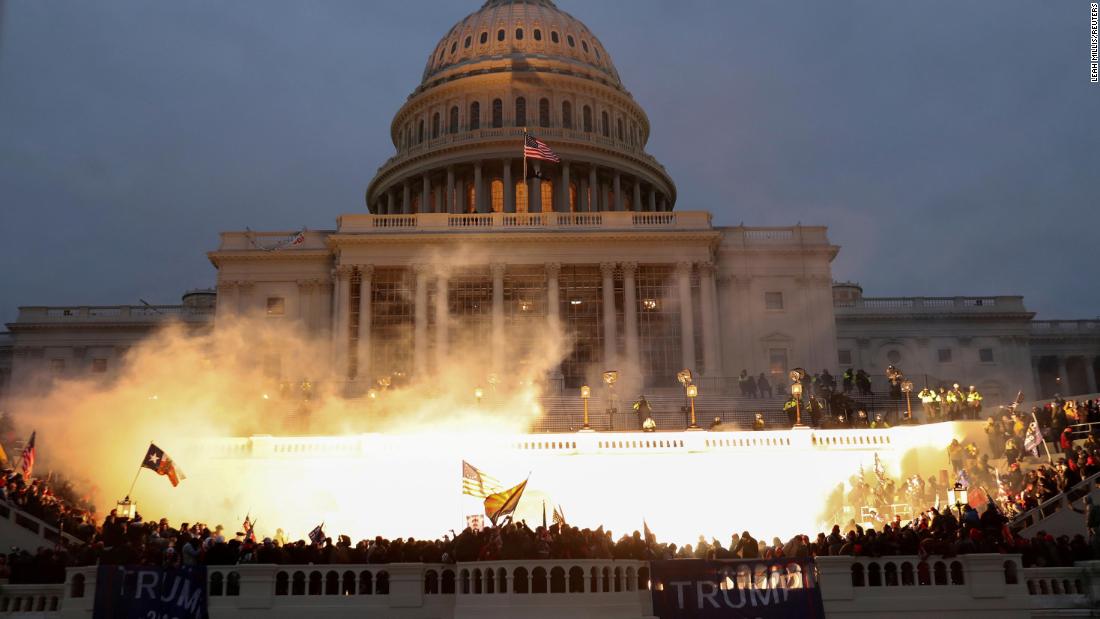 That guidance, which was reviewed by CNN, references President-elect Joe Biden as such and encourages diplomats to affirm to both allies and adversaries that he will be inaugurated on January 20. The language acknowledging Biden’s win came after Congress formally affirmed his electoral victory early Thursday. Secretary of State Mike Pompeo has yet to use the phrase “President-elect Joe Biden” in public remarks but seemed to acknowledge his own impending departure from his role in a recent interview.

Wednesday’s riot left US diplomats stunned and worried about the impact it will have on US credibility in the eyes of the world and the State Department’s effectiveness in promoting democracy overseas.

“My sense is this has made our jobs even more difficult, as part of what we do is promote democratic values abroad,” one diplomat said. “Perpetuating disinformation, in many cases by our elected leaders, led to this moment. This, frankly, makes us look hypocritical. I still believe in the power of our message, but we are clearly not a perfect country and need to do some serious self-reflection.”

One State Department political appointee was fired by the White House after tweeting that President Donald Trump had fomented the chaos on Capitol Hill.

The guidance sent Thursday by the State Department outlined a series of answers to potential questions about whether US democracy is in peril or if America has lost its moral standing, noting that Wednesday’s events “show once again that there is a right way and a wrong way for the citizens of a democracy to express themselves.”

“That does not in any way diminish the power of our democratic history and the principles that we strive toward,” it said.

“Our democracy has been tested in the past, and it will be tested in the future. These experiences make us stronger as we work to perfect our union and our democracy. That we are tested, however, should never cause anyone — allies, friends, or foes — to doubt the strength of America’s democratic institutions or our people,” the guidance said.

The guidance was issued less than 12 hours after US embassies were told to stop their planned social media posts given the mob assault on Capitol Hill, a step normally taken only during a terrorist attack or major natural disaster.

The guidance does not in any way connect President Donald Trump to the rioters. It highlights a tweet from Pompeo in which he said: “America is better than what we saw today at a place where I served as a member of Congress and saw firsthand democracy at its best.”

It also included what it called “bipartisan tweets” that had been sent out by Trump, Vice President Mike Pence and Biden — including the final tweet from Trump right before Twitter temporarily shut down his account.

It is noteworthy that Biden’s tweets are among those highlighted, given that Pompeo has not been consistently supportive of the transition to the President-elect’s administration. In the early days after the election, after Biden’s victory was clear, Pompeo would not acknowledge his win.

“Our way is plain: It is the way of democracy — of lawfulness, and of respect — respect for each other, and for our nation,” Biden wrote.

Travel to the UK during Covid-19: What you need to know before you go