Analysis: China is thriving in the chaos of the US presidential transition 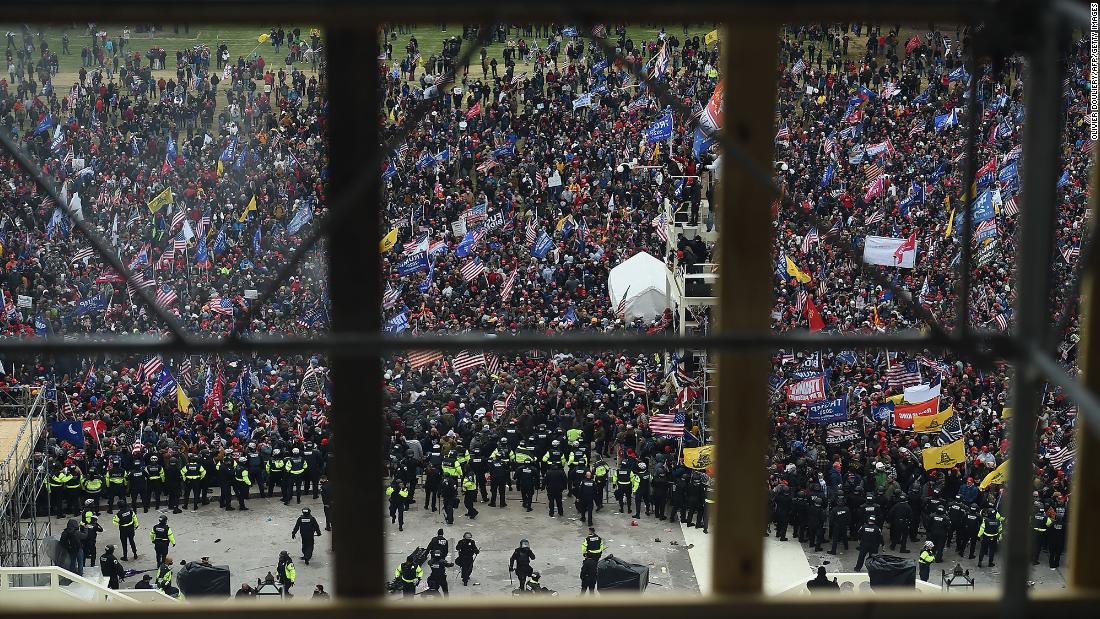 One thing that has enabled the latter is the ongoing chaos of the United States presidential transition. While the long delay between the election and the inauguration always creates a degree of confusion over policy and potential for disorder, the angry refusal of President Donald Trump and other Republicans to accept the results has exacerbated this no end.

This was exemplified Wednesday night, as protesters stormed the US Capitol, while lawmakers sheltered and were briefly evacuated. With talk of an “attempted coup” and “terrorism” now dominating conversation, it’s unlikely that many in Washington will be paying much attention to actions beyond America’s borders.

Biden’s team has criticized both, though he still has two weeks until he is in office, while Trump has been focused on fighting his election loss. His secretary of state, Mike Pompeo, did however release a statement late Wednesday threatening sanctions over the Hong Kong arrests.

Both recent actions by Beijing were symbolic of a China that is both emboldened by its relative strength compared to the rest of the world right now, and keen to take advantage of the current chaos in Washington — one of President-elect Joe Biden’s top advisers had urged Brussels to wait before striking a trade deal, only to see Beijing offer concessions to get it secured sooner.

While the US may not have been able to stop either development even in the best of times, that a superpower has been seemingly outmaneuvered will delight many of Washington’s critics in Beijing and elsewhere, who have always felt the US throws its weight around too much internationally.

After veering between criticism and embrace of Beijing for much of his term, Trump took a hard line against China in his last year in office, with his secretary of state, Mike Pompeo, pushing sanctions and other action against Beijing in Washington, while attempting to rally an anti-China coalition around the world.
That attempt has been less than successful, however, with only a handful of countries, notably Australia, eager to jump on board — a decision that Canberra may now be ruing as it deals with major blowback from Beijing.
China’s leaders claim that unlike Washington, they do not interfere in the internal matters of other states, and only seek “win-win cooperation.” This is not true, and Beijing wields its influence much like any superpower, from the Belt and Road mega infrastructure initiative, to attempting to shape politics in Australia, Taiwan, and countries across Asia and the rest of the world. Yet the posture of non-interference is nevertheless persuasive to many observers.
This influence has grown as China has emerged as the world’s second superpower, and been accelerated by political chaos and division in Washington, as well as the failure of the US to respond effectively to the coronavirus.

That China is preparing to roll out its own homegrown vaccine, with promises to export hundreds of millions of doses overseas — including throughout the developing world — only serves to underscore this apparent shift.

Both Washington and Beijing tend to hold up the US system as the be all and end all of democracy, despite its many flaws and the fact that the majority of democratic countries do not resemble the US in the way they run their governments. As the US model has begun to show cracks under Trump, this has benefited China’s propagandists, who can use it to argue for the validity of their own authoritarian system of governance.

The violence seen in Washington on Wednesday will likely feed neatly into this narrative. On Wednesday evening, the Global Times, an ultra-nationalist state-run tabloid, ran the headline “Chinese netizens jeer riot in US Capitol as ‘Karma,’ say bubbles of ‘democracy and freedom’ have burst.”

The report, which summarized highly selective reactions to Wednesday’s events on Chinese social media, appeared to revel in what it termed US “double standards.”

“This is the first political coup to happen in the American continent without the involvement of US embassies,” read one mocking quote in the article.

Other, more prosaic state media reports compared the storming of the Capitol and 2019 anti-government protests in Hong Kong, taunting Democratic leaders like Nancy Pelosi who spoke out on behalf of the city about whether they would do the same for the pro-Trump rioters.

In a regular press conference Thursday afternoon, China’s Ministry of Foreign Affairs spokeswoman Hua Chunying echoed these comparisons, saying “a lot of people are thinking about the fact that this is a déjà vu scenario.”

“I think some people on the US side have very different reactions and wording to what happened in Hong Kong in 2019 and what is happening in the US today, and this stark contrast and the reasons behind it are thought-provoking and deserve serious and profound reflection by all of us,” she added.

But such comparisons are facile, given that protesters in Hong Kong were fighting for greater democracy — and Pelosi praised peaceful demonstrations, not the more violent ones that followed — while those in Washington Wednesday were seeking to overturn the results of an election.

The Hong Kong protests also provided the pretense for Beijing’s ongoing crackdown in the city, that Washington, for all its outrage, posturing and even sanctions, has proved powerless to stop.

Bringing China’s most obstreperous territory to heel has been a longtime goal of Beijing’s, but one that was made easier by a weakened US, less influential and forceful on the world stage and less able to rally its allies, for all Trump and Pence’s talk of building an anti-China front.

This year marks the centennial of the founding of the Chinese Communist Party, an anniversary Beijing has already promised to celebrate by achieving a “moderately prosperous” society, something which appears in sight after the country wiped out what it terms absolute poverty last year.

Chinese President Xi Jinping may now feel that he is in a position to achieve international objectives too, such as redoubling Beijing’s control over the South China Sea, or forcing a showdown over the democratic island of Taiwan.

In the election campaign, Biden matched Trump for tough-on-China rhetoric, but will likely be hoping for a relative reset in relations with Beijing once he takes office, enabling the US to compete with China from a position of strength going forward.

But with two weeks left until Biden takes office, it remains to be seen if the chaos in Washington will enable Beijing to pursue other long-sought goals.

AnalysisAnalysis: China is thriving in the chaos of the US presidential transition - CNNchaosChinapresidentialthrivingtransition
0
Share