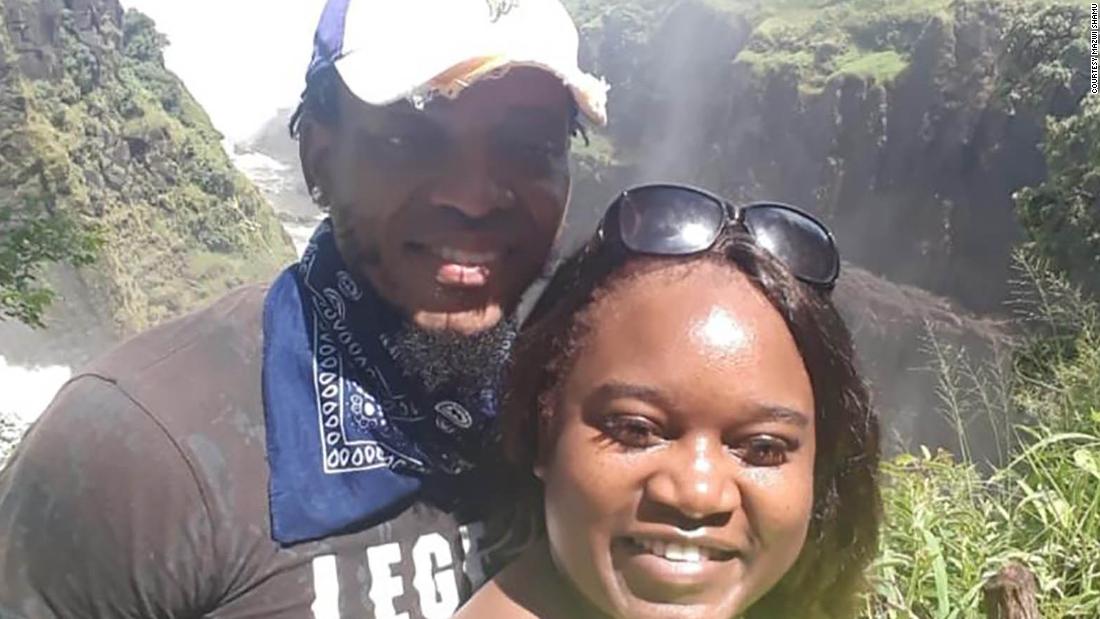 On an outing with his friends and their wives and girlfriends, Roy George Tinashe Dikinya, 40, missed a step and slipped while walking parallel to the edge of the gorge.

Surfaces were wet and slippery due to heavy rain and he couldn’t catch his grip, sliding down the rocks and eventually falling from a height of roughly 108 meters, his friends told CNN.

Dikinya, originally from Harare, had lived in Victoria Falls for a year and knew the area well.

His body was found on January 2 but the area where he fell was difficult for rescuers to access as the river was high after heavy rains.

Zimbabwe Parks and Wildlife Management Authority (ZPWMA) worked with the Zimbabwe Republic Police and others to retrieve his body on Tuesday, said the authority’s spokesman Tinashe Farawo.

People have drowned at the site before, but this was the first time someone had fallen into the gorge, said Farawo.

A video seen by CNN shows his remains being lifted back up over the cliff edge with a zipline and pulley system. The rescue also involved the military, miners, and volunteers from the tourism sector added Farawo.

The incident was “regrettable and unfortunate”, he said. The site is still open, but with fewer visitors as Zimbabwe has just entered a new strict lockdown as its health system becomes overwhelmed.

Dikinya was a fitness instructor and the father of twin boys, Trey and Lionel, and two girls, Hayli and Taya from a previous relationship.

“My hope soon after the drop was that he would make it because he is fit and strong and a good swimmer,” said his partner, Mazwi Shamu, during a phone conversation with CNN while transporting Dikinya’s remains to Harare Thursday.

“I had so much hope, that maybe he had clung onto a rock or fell into the water and swam to the shore.”

The couple planned to announce their recent engagement to friends and family and had plans to travel across Asia, Shamu said.

“He was determined and a hard worker, who wanted to have a life of his own,” his mother, Eileen Gowera-Dikinya, told CNN over the phone. He used to crack a lot of jokes and was an entertainer, she added, laughing heartily at some of her memories of him.

Dikinya was a foodie, who was determined to help others lead a healthy lifestyle, his mother said.

He built a gym at his home so that locals could come and train and encouraged people around him to exercise and eat well.

He was a soccer fanatic and a fan of Dynamos Football Club in Harare and would regularly attend games on Sundays, his best friend Reginald Matinanga said.

“He was practically family and I’ll forever cherish those moments and those memories,” he said.

Situated on the western tip of Zimbabwe, this Victoria Falls National Park is a UNESCO Natural Heritage Site. Often listed as one of the seven natural wonders of the world, the falls are known by the local Kololo tribe as “Mosi-oa-Tunya” — meaning “the smoke that thunders.”

At 1.7 kilometers wide and up to 100 meters high, they are not the tallest or widest falls in the world, but many consider them to be the most spectacular.

ZPWMA manages one of the largest estates in the country, which is about 5 million hectares or 13% of Zimbabwe’s total land area.