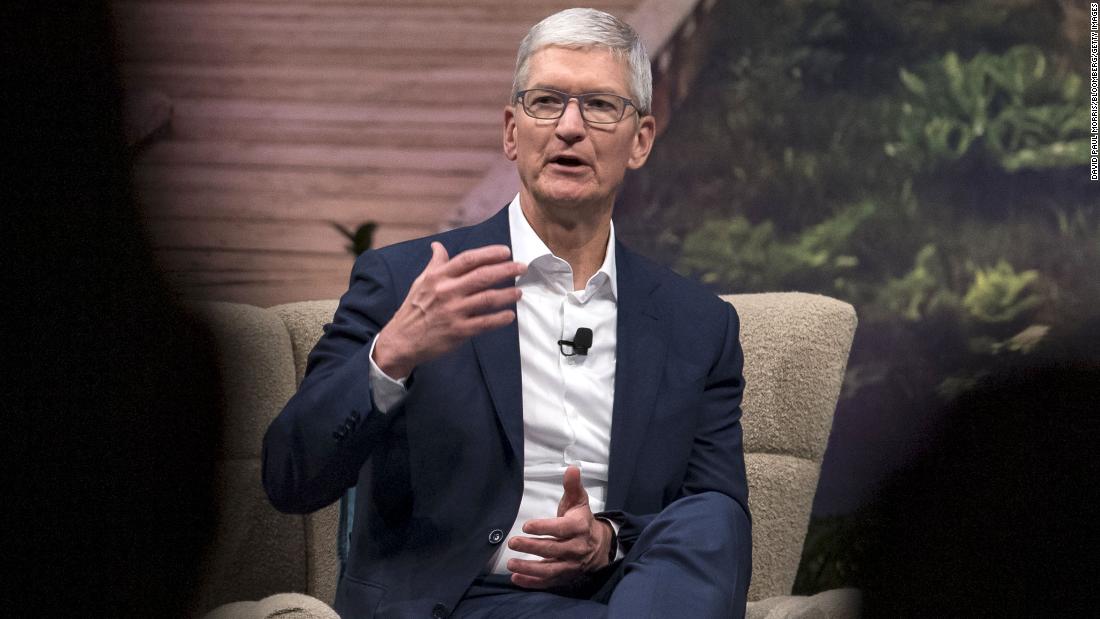 This is not the first time Apple (AAPL) has been caught kicking the tires. Senior Apple executives toured a BMW (BMWYY) factory in 2014 to check out the company’s electric car manufacturing, but the courtship didn’t lead to much. Since then, there’s been plenty of speculation about “Project Titan,” Apple’s secretive but plodding effort to break into the auto business.

Any iCar is still years away under any circumstances. But now may be a very good time for Apple to accelerate its plans.

The pandemic has triggered a global sales slump just as carmakers begin seriously to confront the huge challenge of ditching the internal combustion engine to tackle the climate crisis. The investment required to develop electric cars has helped spark a wave of partnerships across the industry, with companies teaming up to spread the costs.
In this environment, carmakers that have shied away from making it easier for upstarts to gain a foothold in their industry are suddenly more open to collaboration. Hyundai (HYMTF) has been among the most open to joining forces with other companies — and even tech firms, according to analysts.
The South Korean company, which also owns Kia, is working with China’s Baidu (BIDU) and US chipmaker Nvidia on autonomous driving. It is partnering with upstart Croatian automaker Rimac on electric cars, and Uber (UBER) rivals Grab and Ola on mobility services. The large number of existing partnerships could make Hyundai a more appealing partner to Apple.

The carmaker is also the crown jewel of one of the huge family-linked conglomerates, or chaebol, that dominate the South Korean economy, churning out everything from steel to elevators. Being part of a much bigger industrial network is a plus, according to David Bailey, an automotive expert and professor at Birmingham Business School in England.

Hyundai has already made significant strides on next-generation vehicles. In December, Hyundai unveiled a new manufacturing platform called E-GMP, which should enable it to sell electric vehicles with more than 300 miles of driving range, and that can be charged to 80% of full power in 18 minutes, similar to other electric vehicles on the market today. It can be used as the basis of sedans and SUVs, said the company, which has also developed a hydrogen fuel cell system.

“Hyundai has done all the hard yards — they make a good car. They are reliable, good quality and competitively priced,” said Peter Wells, a professor at Cardiff Business School in Wales and director of the Centre for Automotive Industry Research. A partnership with Apple would be “an interesting match to open up a new era in the automotive industry,” he added.

Another reason why Hyundai makes sense: The company is an experienced player in Asia, which is expected to be the center of global economic growth over the next few decades, and its manufacturing base is near China, which is the world’s largest car market and the biggest driver of demand for electric vehicles. (A large chunk of Apple’s supply chain is already based in the region, with Taiwan’s Foxconn and others making the iPhone in China and India.)

Investors recognized the potential benefits on Friday, sending Hyundai’s shares up by roughly 20% in Seoul. It was the stock’s best day in at least two decades. Shares in Apple dipped slightly in New York.

Apple (AAPL) declined to comment to CNN Business. Hyundai said in a statement only that “we are receiving proposals for cooperation from various companies, but no decision has been made.”

Wedbush Securities analyst Daniel Ives said in a research note that electric vehicles “could ultimately be a trillion dollar opportunity globally over the next decade and its a smart strategic move for Apple to dive into the deep end of the pool.” But building cars at scale is incredibly difficult, and a partnership was the most likely route to market for a would-be “iCar,” he added.

“We believe based on our investor conversations over the last few weeks that many on the Street would rather see Apple partner on the [electric vehicle] path, than start building its own vehicles [and] factories,” said Ives. “A potential larger strategic partnership with an established [electric vehicle] player such as Tesla or Volkswagen would be a golden partnership.”

Apple may also choose to enter multiple partnerships. Wells said that Honda (HMC) has “always been more open and fluid” than other Japanese carmakers such as Toyota (TM), and the company sells millions of cars each year in the United States. “I could see [Apple] working with someone like Honda in terms of their position in the market,” he said.
Volkswagen (VLKAF), the world’s largest carmaker, could be another option. The German company has opened its Modular Electric Toolkit (MEB) electric vehicle platform to other automakers, and it has struck a deal with Ford (F) to develop electric and self-driving cars. Analysts also floated Tata Motors’ Jaguar Land Rover and Geely, the Chinese owner of Volvo, as potential Apple partners.
But it may be unlikely that Apple would team up with the world’s largest electric vehicle company, Tesla (TSLA). Last month, Tesla CEO Elon Musk claimed that he had once attempted to sell Tesla to Apple, but that Apple CEO Tim Cook “refused to take the meeting.”

Apple declined to comment on Musk’s claims at the time.

The prospect of a cash infusion from Apple would be appealing to carmakers as they seek to boost sales and emerge from the coronavirus pandemic. But making a car with another company’s brand may prove a bridge too far for many, particularly market leaders like Volkswagen or Tesla, or those with established premium brands.

“Which vehicle manufacturer is going to buckle first and become a contract builder for a company like Apple? That’s the question,” said Wells.