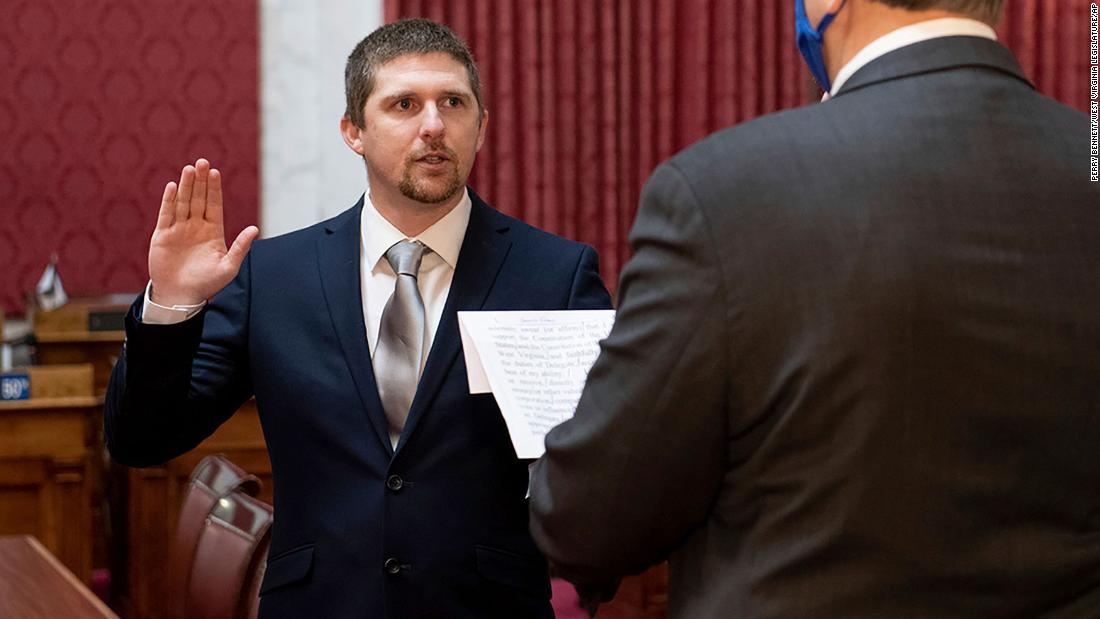 Derrick Evans, a member of the West Virginia House of Delegates, has been charged in a criminal complaint with entering a restricted area and entering the US Capitol, said Ken Kohl, a top official in the US attorney’s office for Washington.

The complaint will be made publicly available later Friday.

Evans’ lawyer, John Bryan, told CNN he hasn’t yet seen the complaint and declined to provide any comment on the charge.

The Department of Justice on Friday announced that 13 people are facing federal charges stemming from the riot Wednesday at the Capitol. The full court records have not yet been made available for all defendants and only a handful of the individuals have made court appearances. In addition to those who have been charged, the Justice Department said that additional complaints “have been submitted and investigations are ongoing.”

“The lawless destruction of the U.S. Capitol building was an attack against one of our Nation’s greatest institutions,” said acting US Attorney Michael Sherwin. “My Office, along with our law enforcement partners at all levels, have been expeditiously working and leveraging every resource to identify, arrest, and begin prosecuting these individuals who took part in the brazen criminal acts at the U.S. Capitol.”

Evans, a supporter of Trump, recorded a Facebook Live video in which he can be heard shouting, “We’re in! We’re in, baby!” while moving among a crowd of rioters as he walked through a doorway of the Capitol.

He has denied taking part in the destruction and violence and has since deleted the clip, but not before it was shared on social media and aired by CNN affiliate WCHS. In another video posted to his Facebook page Wednesday morning, Evans laughs as he predicts a riot.

Evans said later Wednesday that he had filmed the event onlyas an “independent member of the media to film history,” though it does not appear he has any experience working as one.

Evans’ lawyer had asserted in a statement Thursday that his client “had no choice but to enter” the Capitol due to the size of the crowd he was in, and that “it wasn’t apparent to Mr. Evans that he wasn’t allowed to follow the crowd into this public area of the Capitol, inside which members of the public were already located.”

Evans’ actions have sparked calls for his resignation, including from Republican West Virginia Gov. Jim Justice.

CNN’s Taylor Romine and Chandelis Duster contributed to this report.

Elijah McClain’s death to be subject of grand jury investigation