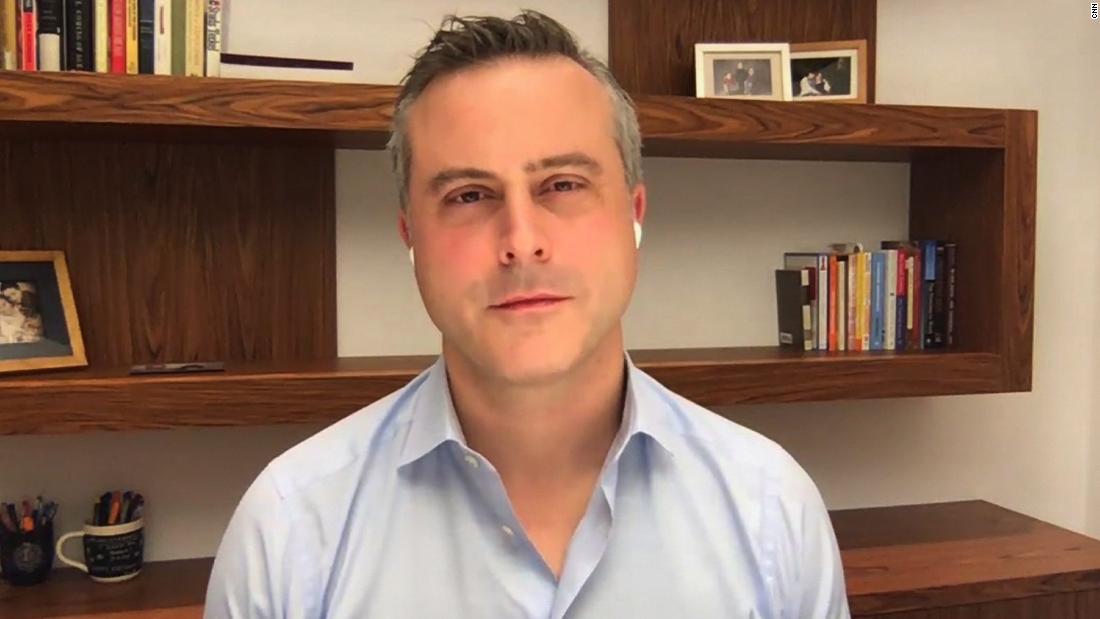 The company seeks more than $1.3 billion in damages.

In the extraordinarily detailed lawsuit filed in federal court in Washington on Friday, the company outlined Powell’s TV appearances and online posts — including when she repeated her unfounded beliefs that Dominion was linked to communist Venezuela and Georgia officials were in on election fraud — and how those were amplified by President Donald Trump and his supporters online.

“Emboldened by Trump’s endorsement of her false accusations, which launched her into political superstardom, Powell’s defamatory media campaign continued and intensified” with her media appearances, the lawsuit says.

Tom Clare, a lawyer for Dominion, said on Friday that “we have not ruled anyone out” when asked if the company was considering suing Trump or news outlets that had amplified the claims.

The company is “looking very deliberately at the statements and actions of everyone who has been involved in talking about Dominion” as it plans to name additional defendants and file more lawsuits over false election-fraud claims in the coming weeks, Clare said.

“There are a number of individuals and media companies that we think are complicit. They said them in their own voice, in their own personalities and in print, and they provided a platform for Powell,” Clare added during a media briefing on Friday.

Dominion CEO John Poulos connected Powell’s assertions about the election to the attempted coup of the US Capitol this week. “The recent attacks on the democratic process are not singular or isolated events. They are the result of a deliberate and malicious campaign of lies over many months,” he said.

Powell has not responded to a request for comment from CNN.

On Twitter Friday, she called Dominion’s lawsuit “baseless & filed to harass, intimidate, & to drain our resources.”

“We will not be cowed in exercising our 1st Amendment rights or seeking truth,” she wrote in the tweet.

The company’s lawsuit names as defendants Powell, her law firm and a fund she set up. In the lawsuit, the company documented Powell’s appearances on Fox Business, in a Washington Examiner podcast, in the Epoch Times newspaper and on the “John Fredericks Show,” where she sought to raise money for her election effort. The company also noted her post-election appearances on Maria Bartiromo’s show on Fox News, among other media interviews.

It accuses her of making false and defamatory claims about Dominion 40 times, and also at a Trump campaign news conference in Washington, at rallies and online.

Clare especially pointed out how Powell continued to push the falsehoods about Dominion and election fraud after being asked by the company to retract her statements.

The company has repeatedly denied the allegations, and elections officials have verified there was no widespread fraud or vote-changing in the 2020 election. Dominion, founded in Canada, says the company projects at least $650 million in lost profit and revenue and in out-of-pocket costs and that its reputation has faced “catastrophic” harm.

It also noted its employees have faced harassment, so much so that Dominion has spent more than a half million dollars on private security for them. The company estimates it was worth up to $500 million in its business’ resale value before the election disinformation spread, according to the lawsuit.

“No amount of money can ever undo the damage that has been done to this company,” Clare said. “That damage is going to be permanent and is ongoing.”

The case is assigned to be heard by Judge Carl Nichols in the US District Court for the District of Columbia. Trump appointed him to the bench in 2019.