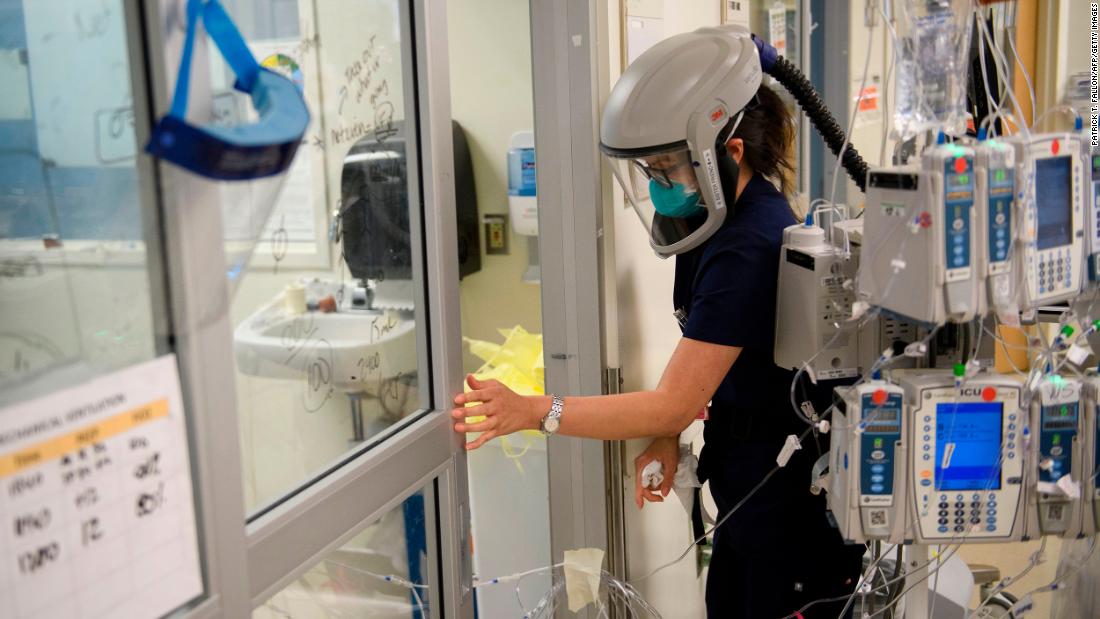 Once a hospital reaches a phase called “crisis care mode,” triage officers at the county’s four public hospitals will be tasked with deciding how to allocate and reallocate scare resources like ventilators for critically ill patients with a focus of “doing the most good for the most people,” according to new guidelines issued by the Los Angeles County Department of Public Health.

“Decisions of allocation will be to decide which patients get which resource, and in some circumstances, may involve decisions to take scarce resources from one patient and give them to another who is more likely to benefit from them,” the guidelines said.

The extraordinary move comes as Los Angeles County hospitals treat more than 8,000 Covid-19 patients, a growing number that has shown no sign of slowing down as the region continues to report thousands of new cases each day.

On Friday, just 54 adult ICU beds were available in the county of 10 million residents. Some hospitals are using church gyms to serve as units, County Supervisor Hilda Solis said earlier this week, calling the situation a “human disaster.”

The most likely shortage will be of staff, the guidelines said. If there is a shortage of respiratory therapists, for example, the officer would decide whether a patient’s ventilator would be managed by a therapist or a doctor.

The guidelines emphasize fairness and equity, but note that frontline health care workers will be given some preference.

Triage officers are part of the county’s surge plan and are to be designated when a hospital goes into “crisis care mode.”

While no hospital in Los Angeles County is in that position today, four have notified the state that they “were approaching or entering crisis care at a given point in time.”

The California Department of Public Health declined to name the specific hospitals for fear it would discourage future critical notifications.

When a hospital notifies the state that it has entered crisis care, regional and state resources are immediately mobilized to return the hospital to conventional or contingency care as quickly as possible, according to the state health department.

No counties in California are currently rationing lifesaving care or supplies, the department said.