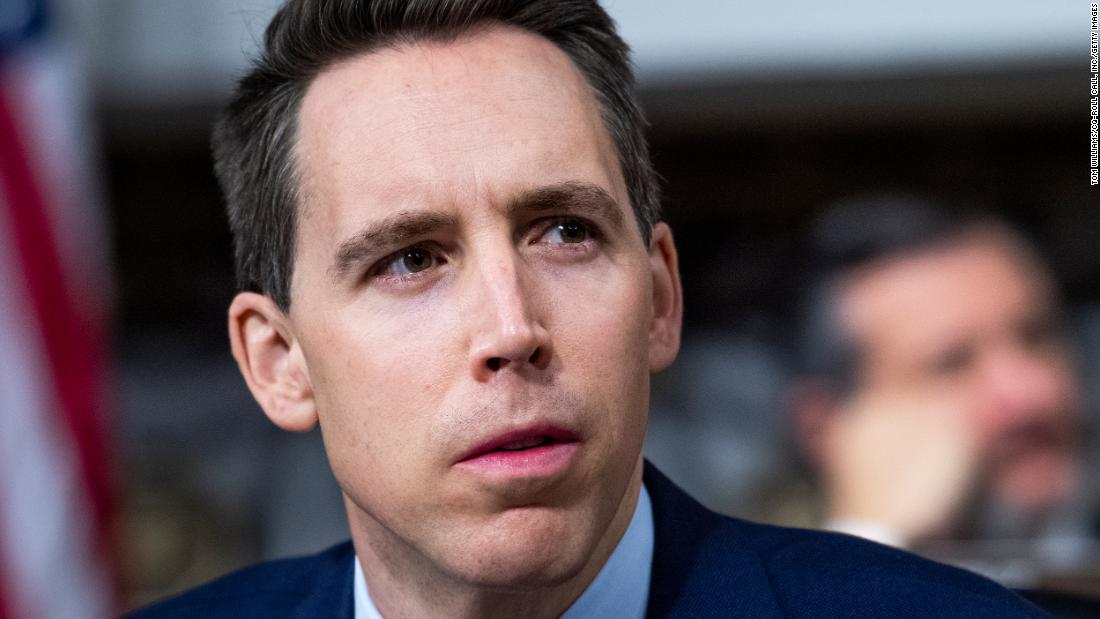 “After witnessing the disturbing, deadly insurrection that took place on Wednesday in Washington, D.C., Simon & Schuster has decided to cancel publication of Senator Josh Hawley’s forthcoming book,” the company said in a statement.

“We did not come to this decision lightly,” Simon & Schuster added. “As a publisher it will always be our mission to amplify a variety of voices and viewpoints: at the same time we take seriously our larger public responsibility as citizens, and cannot support Senator Hawley after his role in what became a dangerous threat to our democracy and freedom.”

Hawley in a statement responded to Simon & Schuster’s decision by calling the move “Orwellian” and a “direct assault on the First Amendment” — even though as a graduate of Yale Law School he likely knows the First Amendment is about government restricting free speech and not forcing a private company to publish his work.

“Only approved speech can now be published,” Hawley lamented. “This is the Left looking to cancel everyone they don’t approve of. I will fight this cancel culture with everything I have. We’ll see you in court.”

Hawley’s forthcoming book, titled “The Tyranny of Big Tech,” was scheduled to be published in June 2021. In the book, Hawley was set to argue major tech companies “represent the gravest threat to American liberty since the monopolies of the Gilded Age,” according to a description posted on Simon & Schuster’s website.

Four people died on Wednesday when supporters of President Donald Trump, angered after being lied to about the election being stolen, stormed Capitol Hill and forced a temporary halt to a congressional procedure to certify the election results.

Hawley, cheered on by Trump, had been one of the leading Republican senators egging on efforts to object to the largely ceremonial proceedings.

After order was restored in the Capitol on Wednesday, and following some Republican objections, Congress early Thursday morning ultimately did certify Biden as the winner of the 2020 presidential elections.

Satya Paul: Indian designer who made the sari fashionable dies at 78