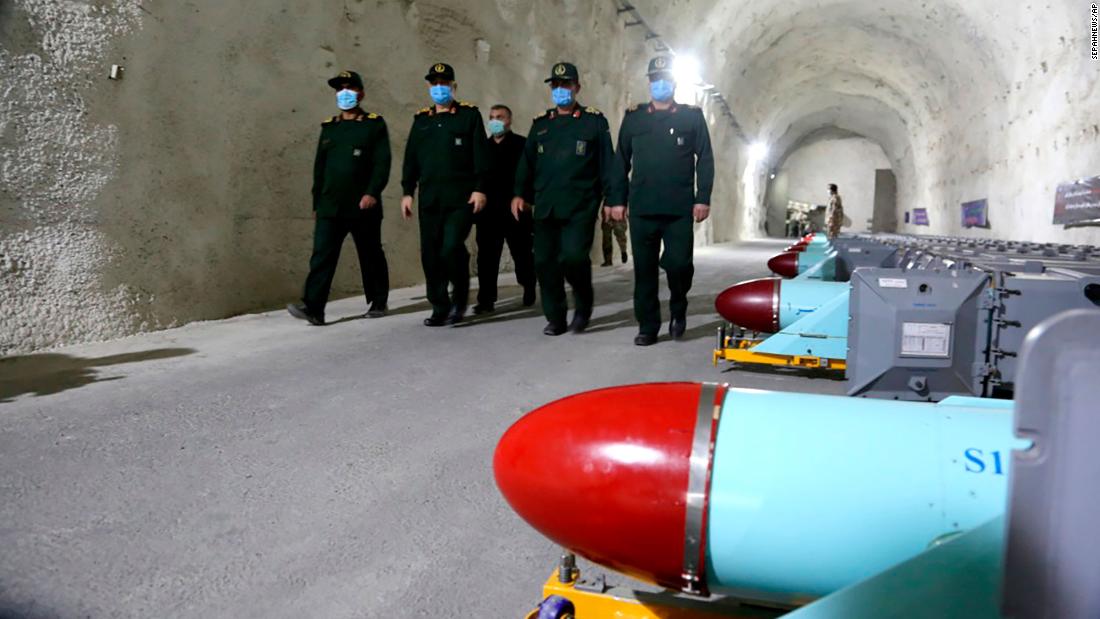 Iran’s ballistic missiles arsenal is one of the flashpoints in Tehran’s long-running disputes with its Arab neighbors and the United States. Saudi Arabia and other Gulf Arab countries have called for the curbing of Iran’s ballistic weapons, but Iran’s leaders have repeatedly said the arsenal is not up for negotiation.

“What you see today is one of several IRGC Naval strategic missile facilities,” Salami said according to the MEHR news agency.

The base includes launching pads for long-range missiles that have a precision range of hundreds of kilometers, MEHR and IRNA said citing Salam.

The unveiling of the base comes at a time of growing tensions between Iran and the US.

On Monday, Tehran announced it had resumed enriching uranium to 20% purity, far beyond the limits laid out in the 2015 nuclear deal, which US President Donald Trump walked away from in 2018.

US President-elect Joe Biden has pledged to reinstate the deal after he takes office on January 20. His national security adviser, Jake Sullivan, told CNN on Sunday that the incoming administration would also seek a “follow-on negotiation” over Iran’s ballistic missile capabilities.

“Our view is that ballistic missiles, and Iran’s ballistic missile program, has to be on the table as part of that follow-on negotiation,” Sullivan said, adding the Biden administration would seek to bring some of Iran’s regional partners to the table.

Iran’s Supreme Leader Ayatollah Ali Khamenei said Friday that his country was not in a rush to rejoin the nuclear deal and argued that the sanctions against Tehran must be lifted regardless of whether the US rejoins the pact.

He also said he did not trust coronavirus vaccines produced by the Western countries, and called on officials to prohibit them from entering the country. “We must not import (Covid-19) vaccine from the US, the UK or even France. I do not trust them,” Khamenei said in a speech to the nation televised on state media.

The announcements around the missile base and uranium enrichment weren’t the only Iranian provocations this week — Tehran also seized a South Korean-flagged chemical tanker in the Persian Gulf on Monday.

The US State Department condemned both the ship seizure and Iran’s resumption of uranium enrichment. The US has flown B-52 bombers over the region, and on Sunday Trump ordered the USS Nimitz aircraft carrier, which was due to rotate home, to remain there.