The fried chicken sandwich fast food wars are heating up 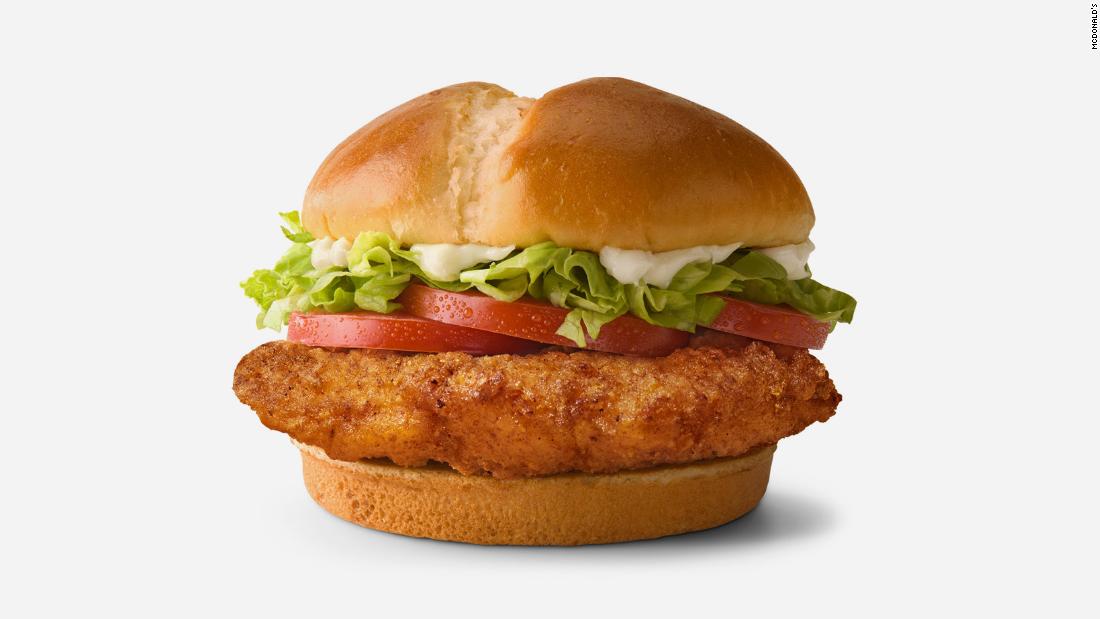 This week, KFC, McDonald’s, Shake Shack and even salad-chain Sweetgreen kicked off the new year with their own takes on the crispy concoction. Cheap, tasty and growing in sales, fried chicken sandwiches are becoming an attractive menu item for many fast food restaurants.

Americans have been eating more chicken and less beef the last few years, a trend the fast-food industry has seized on recently, according to Peter Saleh, managing director and analyst covering restaurants and food distribution at analysis firm BTIG.

“This has been an ongoing battle,” Saleh recently told CNN Business. “The chicken poultry segment is a little bit more popular these days with consumers. Everybody’s trying to capitalize on that.”

Saleh explained that the sudden surge in new sandwiches — and the marketing of them — is a result of the pandemic, which forced companies to pull back on ads during the spring of 2020 when the virus first started spreading in the United States.

“A lot of them have this war chest of advertising that they used in the back end of 2020,” Saleh said. “They will use that in the first half of 2021 for the new items, including the chicken sandwiches that they plan to launch.”

Wendy’s, Church’s, Whataburger and Taco Bell all rolled out their variations of the sandwich last year. And several new fried chicken options were unveiled just this week.

Don’t count out the Colonel from the chicken wars. The chain, arguably the original fried chicken franchise, found itself playing catch-up in recent years.

This week, they finally upgraded their signature chicken option with an aptly titled “KFC Chicken Sandwich,” which features an extra-crispy chicken filet served on a buttered brioche bun plus pickles and spicy or classic mayonnaise. It costs $3.99 à la carte or $6.99 in a combination meal with fries and a medium drink.
KFC tested the sandwich last year in Florida before offering it nationwide. It will eventually replace the “Crispy Colonel,” a less premium option of the new version.

On February 24, McDonald’s (MCD) will release not one but three new sandwiches from the coop.

The chain teased a new selection of sandwiches at November’s investor day, with Joe Erlinger, president of McDonald’s USA, explaining that chicken is a good bet for them.

“Globally, the chicken category is almost twice the size of beef,” he said at the time. “It is growing faster and represents a significant opportunity,” he said. “Developing a reputation for great chicken represents one of our highest aspirations. We want customers to choose McDonald’s for chicken.”

If you can’t wait, McDonald’s still offers nuggets and two other chicken sandwich options in the meantime.

The new sandwich combines crispy chicken breast with a spicy-sweet gochujang glaze, toasted sesame seeds and white kimchi coleslaw for $7.19. The Chick’n Bites are made with white-meat chicken and served with gochujang mayo sauce, available in six-piece orders for $5.19 and 10-piece orders for $7.19 respectively.

It’s not a sandwich and it isn’t fried … but it is crispy and does involve chicken.

The trendy salad chain rolled out an “unsandwichy antidote” to vie with its carb-loaded competitors. The Crispy Chicken Salad bowl combines grilled blackened chicken, two types of lettuce, carrots and tomatoes among other ingredients. The secret to its crunch is a heaping helping of “carbon-neutral crispy rice,” which is a mixture of brown rice and sorghum.