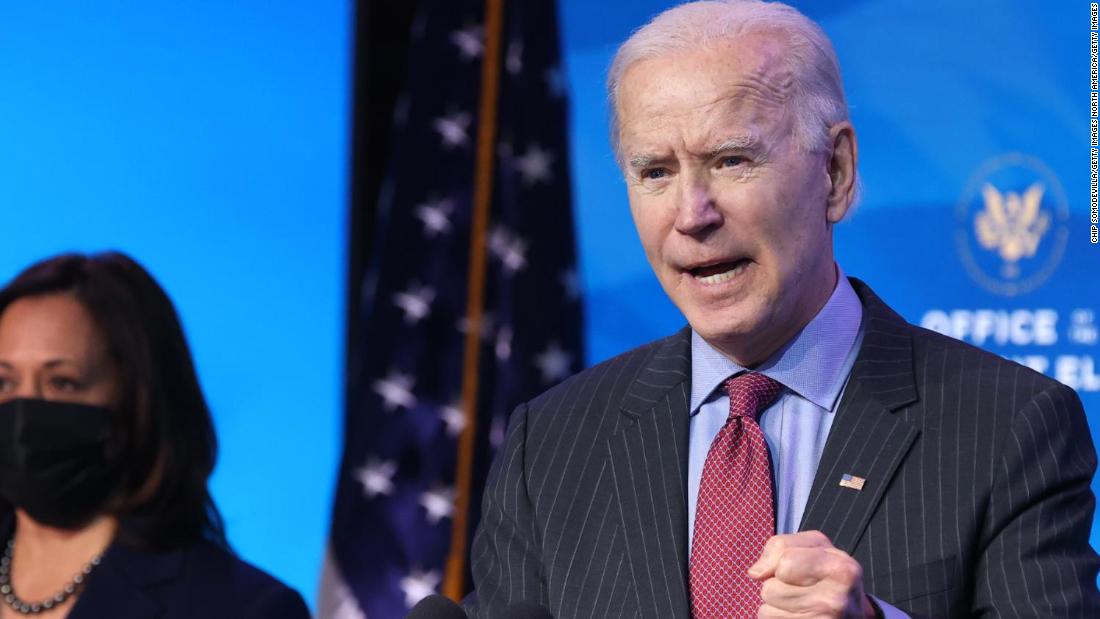 The committee also announced that one of Biden’s first acts as President, along with Vice President-elect Kamala Harris and their spouses, will be to lay a wreath at the Tomb of the Unknown Soldier at Arlington Cemetery, “honoring our men and women in uniform who paid the ultimate sacrifice in defense of our common values.”

In a show of bipartisanship, they will be joined by former Presidents Barack Obama, George W. Bush and Bill Clinton, as well as former first ladies Michelle Obama, Laura Bush and Hillary Clinton, all of whom will attend the inauguration on January 20.

“This inauguration marks a new chapter for the American people — one of healing, of unifying, of coming together, of an America united,” said Tony Allen, the committee’s chief executive officer. “It is time to turn the page on this era of division. The inaugural activities will reflect our shared values and serve as a reminder that we are stronger together than we are apart, just as our motto ‘e pluribus unum’ reminds us — out of many, one.”

President Donald Trump announced he will not attend the ceremony. A source with knowledge says first lady Melania Trump is also not expected to attend, joining her husband as they leave Washington the day before for their Mar-a-Lago estate in Florida, though the source cautioned that plans could change.

Former President Jimmy Carter — who, at 96, is America’s oldest living president — will not be there as he is unable to travel, and neither will former first lady Rosalynn Carter.

Vice President Mike Pence will attend the inauguration, according to a source familiar with the plans.

As Biden’s team continues to urge Americans not to gather in the nation’s capital for the inauguration in light of the pandemic, the inaugural committee announced that it will install an “extensive public art display” on the National Mall, which will include thousands of US flags, along with flags representing each state and territory, and 56 pillars of light.

Biden ran on a message of hope and unity, urging Americans from the launch of his campaign to band together despite differences that continue to tear at the nation’s fabric. He has continued to carry that message as his central theme, stressing its importance as the key to overcoming the multiple crises plaguing the country.

Bitcoin plunges more than 20% in three days. It’s now in a bear market