Killer Mike is taking on racial inequality in banking 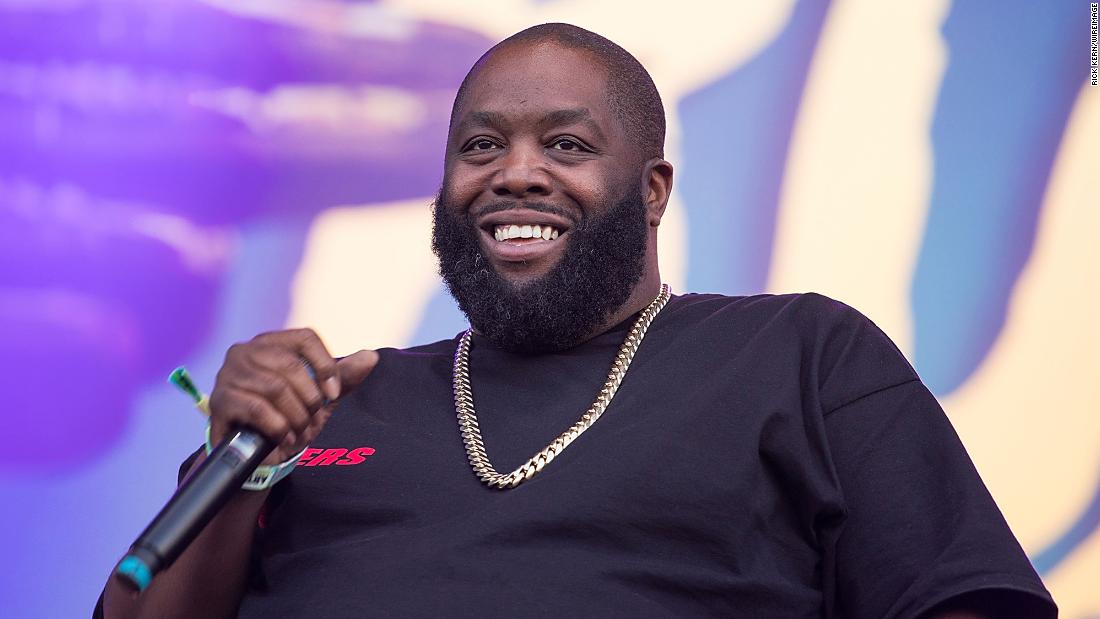 “Even though I didn’t understand stocks and I sold my stocks like a dummy at 18, what they did teach us financially was to invest in the future,” Render said. “Getting young people into stocks at 12 and 13, versus 23 and 33, helps people understand, ‘I should put aside money to grow for me over the next 10, 15, 20 years.'”

One half of the rap duo Run the Jewels, Render has made Black financial empowerment a focus of his hit Netflix reality show “Trigger Warning.” In one episode, he embarks on the near-impossible task of spending money only at Black-owned businesses, and winds up sleeping on a park bench with a can of beans when he can’t find a Black-owned hotel. In another, he works with rival Blood and Crip gang members to create a “Crip a Cola” soft drink.

Now, the 45-year-old rapper and activist has a new project, with bigger ambitions and even bigger risks. Render, along with longtime friend Ryan Glover, is responding to a dire need in communities across the United States for a modern, Black- and Latinx-owned digital banking platform.

“This is a platform for the young person trying to get their piece of an American Dream,” Render said in an interview last month.

The financial services company, called Greenwood, is expected to launch later this year — delayed because of Covid-19 and overwhelming early interest in the project, the company says. It had initially planned on launching this month.

Greenwood is named after the early 20th century business district in Tulsa, Oklahoma, that was known as “Black Wall Street” and was ultimately destroyed by white mobs in one of the worst acts of racial violence in American history.

That racist history partly explains the need, now, for minority-owned lending institutions. Since 2001, the number of Black banks has shrunk by approximately half. The FDIC says minority-owned banks have been risky business ventures since the financial collapse of 2008, which decimated the Black and Brown communities those banks rely on for business.

The coronavirus pandemic only exacerbated these disparities. Black and Latinx Americans are overrepresented in the lower-income employment sectors in which millions of Americans were laid off or furloughed in response to Covid-19-related economic lockdowns. Almost all businesses have been hurt, but Black and Hispanic business owners have had a harder time securing loans via the government’s Paycheck Protection Program, according to recent reports from the New York Fed and the University of California Santa Cruz.

“I want the worker class to understand this is a platform that … will not gouge you,” Render says of Greenwood.

One of the keys to bridging that racial gap is to ensure that Black and Latinx Americans can access financing — something mainstream banks have neglected to do for generations, according to the nonprofit National Community Reinvestment Coalition.
Minority-owned depository institutions have a better track record than mainstream consumer banks of lending to Black and Brown businesses owners, according to the FDIC, but attracting enough clients and generating enough capital to stay in business has proven to be too challenging for some of those institutions.
As of last September, there were only 20 Black-owned banks in America.

Clearly, there is demand for more: Greenwood received tens of thousands of account requests in less than 24 hours after the company’s site launched in October. To date, more than 430,000 people have pre-registered to open a Greenwood account, according to David Tapscott, Greenwood’s chief marketing officer.
In October, NBC and Hollywood Reporter parent company MRC committed to depositing a total of $1 million in the platform’s coffers. A month later, actor and activist Jesse Williams invested in Greenwood and started to appear in commercials promoting it with Killer Mike.

Render says the swift progress has been a surprise for Greenwood’s leadership team. “In two months, we’re where we thought we’d be in two years,” Render told CNN Business in December.

But that advantage could also be a liability. The minority-owned banks that Greenwood plans to partner with are smaller institutions with limited resources, said David Tapscott, the company’s chief marketing officer. If Greenwood has to work with mainstream banks that aren’t minority-owned, it risks undermining its mission.

Greenwood, like most fintech companies, is not FDIC-insured like a bank, but it has some strategic advantages over traditional lenders. Like its competitors Chime, Aspiration, and Money Lion, Greenwood exists almost entirely online — a big plus for younger customers and those who don’t live near brick and mortar banks. And it is partnering with minority-owned banks to provide essential checking and saving account services, as well as a global ATM network, Android and Apple Pay services and two-day paycheck advances for customers who sign up for direct deposit.
And Render says Greenwood is in a prime position to capitalize on the American cultural movement toward Black financial empowerment, fueled by the 2020 protests over the killing of Black Americans by police. “Part of the reason Greenwood will become successful right now is because it is literally in the right now,” Render said.

Both Render and Glover acknowledge the reason so many people are excited about Greenwood is, in part, because they know and trust Killer Mike, who has emerged in recent years as the unofficial steward of the Black financial empowerment movement.

He’s not a banker by trade, but the importance of financial literacy and the reality of income equality are never far from his music and activism. He was an outspoken supporter of Bernie Sanders, largely because of the senator’s message of leveling the financial playing field embrace of universal health care.

“I’m honored to be trusted, but I don’t take the responsibility lightly,” Render said. “I’m very much a reluctant leader in our community, but believe that’s what we need.”

Render says he’s determined not to join the ranks of others who have tried and failed to keep minority-owned banks alive.

“I don’t know why so many of them have failed, “Render said. “If we lose all you guys, we’ve truly lost the last vestiges of hope we have economically in making this a fair game.”

Sri Lanka: War monument to be rebuilt after hunger strike