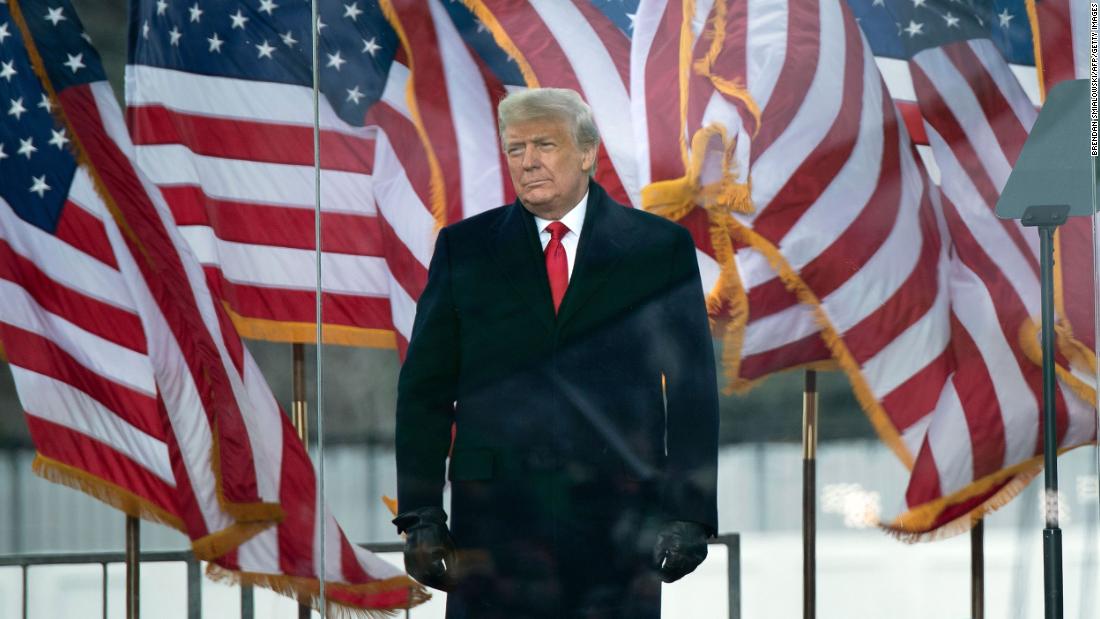 Facing an unprecedented threat to US democracy, companies appear to be recalculating the benefits and risks of being associated with Trump.

My CNN Business colleague Matt Egan points out that the Business Roundtable cheered on the CEO president after his election in 2016, applauding his tax plans and appointment of Treasury Secretary Steven Mnuchin, a former Goldman Sachs banker.

Last week, the influential business lobby struck a very different tone, slamming US politicians for spreading the “fiction of a fraudulent 2020 presidential election.”

“After the unconscionable and tragic events we witnessed, it could not be clearer that it is time for the nation and lawmakers to unite around President-elect Biden and Vice President-elect Harris,” the group, which is chaired by Walmart CEO Doug McMillon, said in a statement.

Business leaders that previously supported Trump have also taken public steps to distance themselves from the president. Take Blackstone CEO Stephen Schwarzman, who had been one of Trump’s most ardent corporate backers. In a statement last week, Schwarzman called the siege of the Capitol “appalling,” adding that “the outcome of the election is very clear and there must be a peaceful transition of power.”

Yet the latest moves go beyond strongly worded statements.

After years of hesitating to moderate Trump’s social media accounts — arguing that the president should be given more slack as a powerful public official — Twitter has barred the president from its platform for good, while Facebook has blocked Trump from posting for the remainder of his term.
It’s a reminder that when companies want to move swiftly, they can. But investors seem to be worried about the business consequences, sending Twitter (TWTR) shares down nearly 7% in premarket trading. Facebook’s shares are off 1.6%.

The direction of travel has been set, however.

Other tech giants also entered the fray this weekend, banning Parler, the alternative social media platform gaining traction among some of the president’s supporters. The company now finds itself virtually homeless on the internet after Amazon, Apple and Google have all booted it from their platforms in a span of a little more than 24 hours.

“[Amazon Web Services] provides technology and services to customers across the political spectrum, and we continue to respect Parler’s right to determine for itself what content it will allow on its site,” AWS said in a letter to Parler, which had utilized its cloud hosting service. “However, we cannot provide services to a customer that is unable to effectively identify and remove content that encourages or incites violence against others.”

All the jobs lost in December were held by women

US employers cut 140,000 jobs in December, signaling that the economic recovery from the coronavirus pandemic is in reverse.

These are net numbers, which can mask some of the underlying churn in the labor market. Many men, of course, lost their jobs in December, too — but when taken together as a group, they came out ahead, whereas women fell behind.

Big picture: Economists often warn against reading too much into a single month. But December’s job losses capped off an already awful year for working women.

Women are still down 5.4 million jobs from February, before the pandemic began, compared to 4.4 million job losses for men. They started 2020 on roughly equal footing, with women holding 50.03% of jobs, but ended it holding 860,000 fewer jobs than their male peers.

The situation has been particularly dire for Black and Latina women, who disproportionately work in sectors that have been hit hardest by the pandemic, and often in roles that lack paid sick leave and the ability to work from home. As schools and day cares closed, many were forced to make hard trade-offs between work and parenting.

“Those sectors are less likely to have flexibility, so when employers are inflexible or women can’t come to work because of caregiving responsibilities — they have to exit the workforce,” said C. Nicole Mason, president and CEO of the Institute for Women’s Policy Research.

Bitcoin has been on a huge tear at the start of 2021. But over the weekend, some investors appeared to have second thoughts.

The latest: The cryptocurrency has plunged since Saturday to just below $35,000. That’s still more than 150% above where Bitcoin stood at the beginning of November, but well below highs near $42,000 reached late last week.

One driver could be the rise in US Treasury yields. The yield on the benchmark 10-year note is now above 1.1%, its highest level since last March. That puts pressure on assets that don’t generate extra income for investors.

“If consumers invest in these types of product, they should be prepared to lose all their money,” the watchdog said.

The Consumer Electronics Show kicks off — all virtual this year, of course.

Coming tomorrow: Data on small business optimism could provide clues on how vulnerable firms view the latest wave of US Covid cases.

Colin Powell says he no longer considers himself a Republican

Will international trips return in 2021? What we know right now