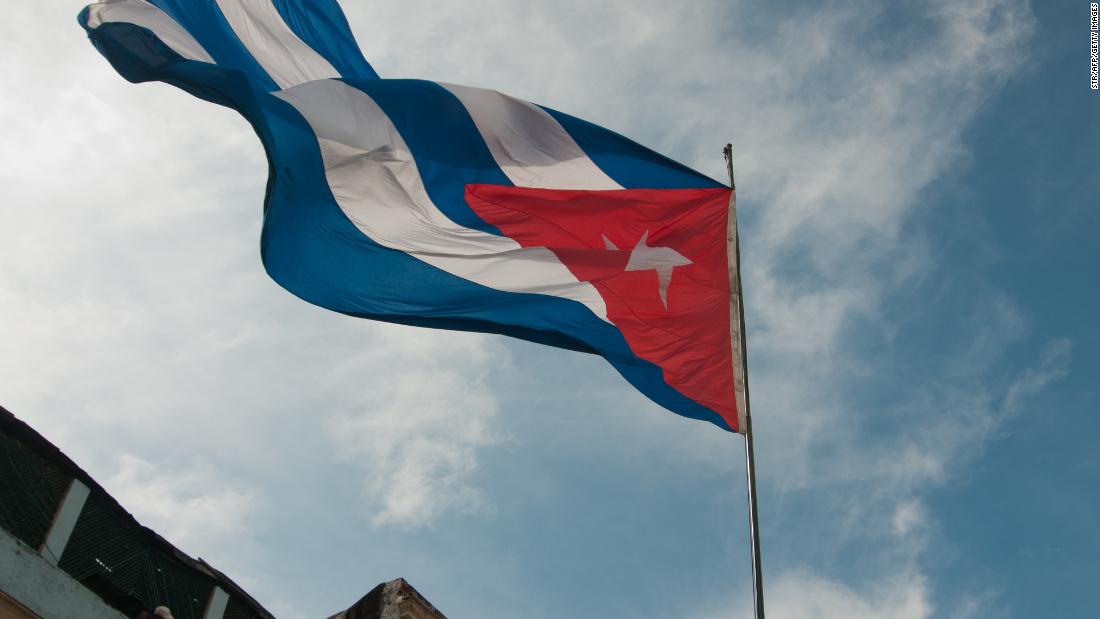 Pompeo said the State Department gave Cuba the designation “for repeatedly providing support for acts of international terrorism in granting safe harbor to terrorists,” accusing the nation of reneging on its commitments made when President Barack Obama took them off the list of state sponsors of terrorism in 2015.

A top Cuban official responded by saying the move was hypocritical and “political opportunism.”

The Trump administration’s decision comes days before the inauguration of Biden, who has pledged to revive Obama’s efforts at rapprochement between the two Cold War foes.

Cuba rejoins just three other countries on the list of state sponsors of terrorism — Iran, North Korea and Syria. Sudan was recently removed as part of its agreement to normalize ties with Israel.

Pompeo claimed that “(f)or decades, the Cuban government has fed, housed, and provided medical care for murderers, bombmakers, and hijackers” and “harbors several US fugitives from justice wanted on or convicted of charges of political violence, many of whom have resided in Cuba for decades,” he said.

The administration did not provide any evidence that Cuba has sponsored terror attacks.

The US justification for adding Cuba to its list emphasizes Havana’s ties to the government of embattled Venezuelan President Nicolas Maduro, and reheats allegations that Cuba harbors 1970s American radicals, most of whom are now senior citizens. It ignores the fact that Cuba played a crucial role in ending the civil war in Colombia, for which the Obama administration applauded the communist-run island.

The designation is the culmination of Trump’s hardline stance on Cuba — a position that was well-received by Cuban Americans and other voters in Florida, but which scuppered Obama’s efforts to move on from the two nations’ 20th century tensions.

Cuba was removed from the state sponsors of terrorism list in 2015 amid Obama’s efforts to restore ties between Washington and Havana. The Reagan administration designated Cuba in 1982, accusing the Castro government of sponsoring communist groups in Latin American and Africa.

Cuban Foreign Minister Bruno Rodríguez Parrilla tweeted Monday: “We condemn the hypocritical and cynical designation of #Cuba as a state sponsor of terrorism, announced by the US. The political opportunism of this action is recognized by all who have an honest concern about the scourge of terrorism and its victims.”

A US diplomat with experience on Cuba issues told CNN last month that “there simply was not a good argument to be made that Cuba actually sponsored terrorism,” when plans to make the change were first reported. “I don’t know of anything that has changed since then in real terms — they’re just reinterpreting things to suit politics.”

Although the designation would likely get overturned by the incoming Biden administration, the diplomat said that it could do “real damage to our credibility on state sponsorship of terrorism.”

Being put on the terror sponsor list entails restrictions on US foreign assistance, a ban on defense exports and sales and sets certain controls over exports and various financial restrictions. It can also result in penalization against any persons and countries engaging in certain trade activities with Cuba.

However, William LeoGrande, an expert on Latin America and professor at American University, told CNN that the designation would have little practical impact because Cuba is already subject to wide-ranging US financial sanctions.

“Almost all of the sanctions that a country suffers from being on the terrorism list are already imposed on Cuba as part of the broader embargo,” he said.