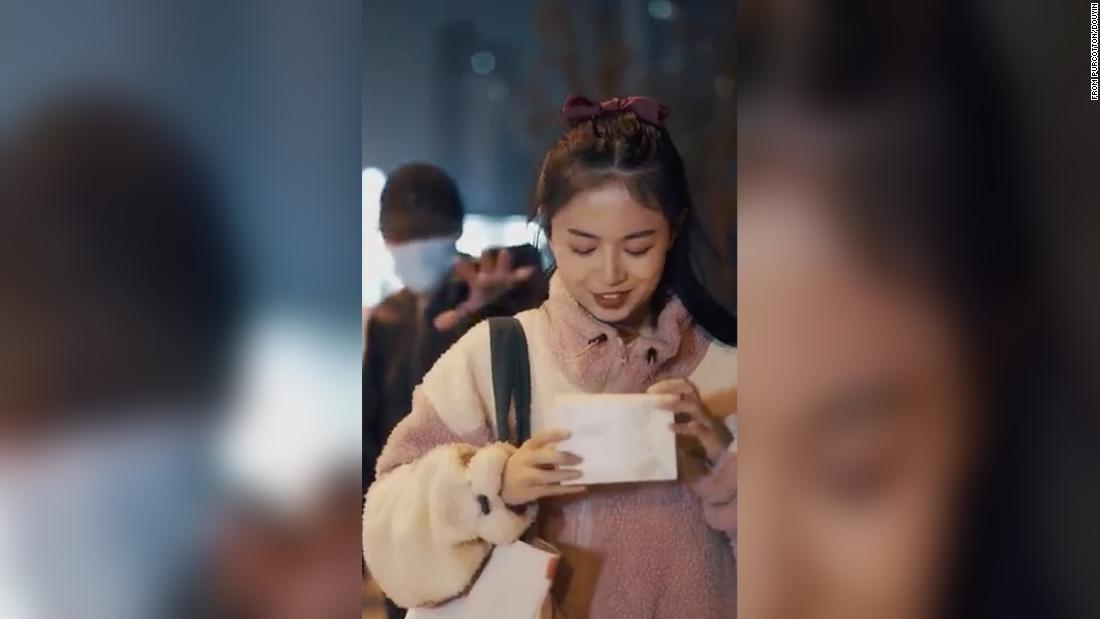 The advertisement, produced by Chinese cotton product brand Purcotton, shows a woman walking down a dimly lit street at night followed by a masked man. As the man begins to approach her, the woman is shown using a Purcotton wipe to remove her make-up, seemingly horrifying her would-be attacker and causing him to run away.

Though it is unclear when the advertisement was first released, social media users in China have seized on the short video, decrying its apparent victim-blaming message, and labeling it “disgusting” and “wrong.” Some have even called for a boycott of the company’s products.

“You use what scares women the most for an advertisement, which is beyond comprehension and unacceptable,” one user said on Weibo, China’s Twitter-like platform.

China Women’s News, a website which is operated by the government-affiliated All-China Women’s Federation, denounced the ad on their social media for “demonizing the victim.”

“(It is) full of prejudice, malice, and ignorance. Women are consumers and not consumer goods. It is inevitable that ‘creative’ advertisements that insult women will be criticized by the public,” the social media post said.

Purcotton, which is owned by Winner Medical Group, has more than 240 stores in China and an estimated 20 million customers, according to the company’s website.

Purcotton originally defended the advertisement as a creative way to advertise the “cleaning function of the product,” but as the calls for a boycott grew, the company removed the video from their accounts and eventually apologized on January 8.

“We have set up a team to hold people to account for the problem and, in the meantime, we will improve content production and the review process to prevent similar incidents from happening again,” the company’s post said. Purcotton posted a second apology letter to their Weibo account on Monday.

It isn’t the first time that a Chinese company has been forced to apologize over accusations of sexism.

In 2020, supermarket chain RT-Mart apologized after one of its stores displayed a sizing chart which labeled women who wore large or XXL clothes “rotten” and “terrible.”
One year earlier, China’s top ride-hailing app Didi Chuxing had to backtrack on a curfew for female passengers using its service after 8 p.m., which had been put in place following the murder of two women who used the app.

South Africa riots: The inside story of Durban's week of anarchy