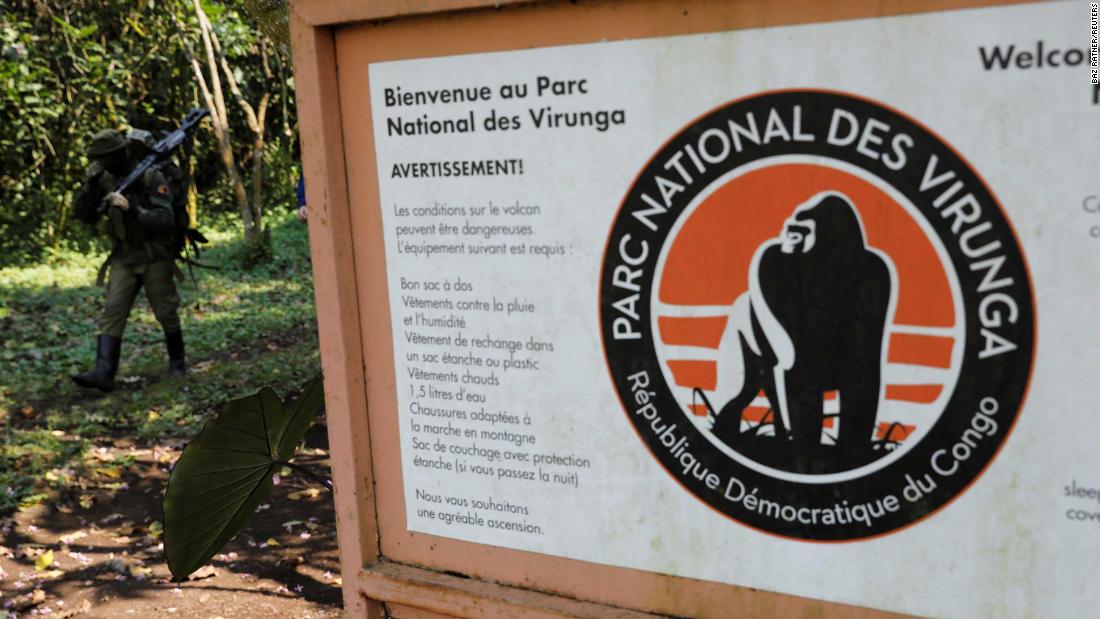 
The identity of the assailants was not immediately clear, said Olivier Mukisya, a Virunga spokesman. Previous attacks against the rangers have been blamed on various militias who fight to control land and natural resources in eastern Congo.

“We confirm this sad news. A group of armed men attacked our positions in the region of Nyamitwitwi in the middle of Virunga National Park,” Mukisya told Reuters.

More than 200 rangers have been killed in the past, including 12 last April in the deadliest such attack in recent memory.

Dozens of armed groups operate in eastern Congo, many remnants of militias that fought in civil wars around the turn of the century that resulted in millions of deaths from conflict, hunger and disease.

Virunga National Park sits on the forest-covered volcanoes of central Africa and is home to over half the global population of mountain gorillas.
A UNESCO World Heritage Site since 1979, it is Africa’s oldest national park and largest tropical rainforest reserve, covering 7,800 sq km (3,000 sq miles) with a varied landscape of active volcanoes, savannahs, mountains, lakes and forests.
Its mountain gorillas, which live on the flanks of a dormant volcano in the park’s southern sector, are perhaps the biggest draw for tourists who venture across the border from Rwanda.

However, tourism has suffered badly as militant groups and criminal gangs continue to fund a long-running war by pillaging the park’s resources.