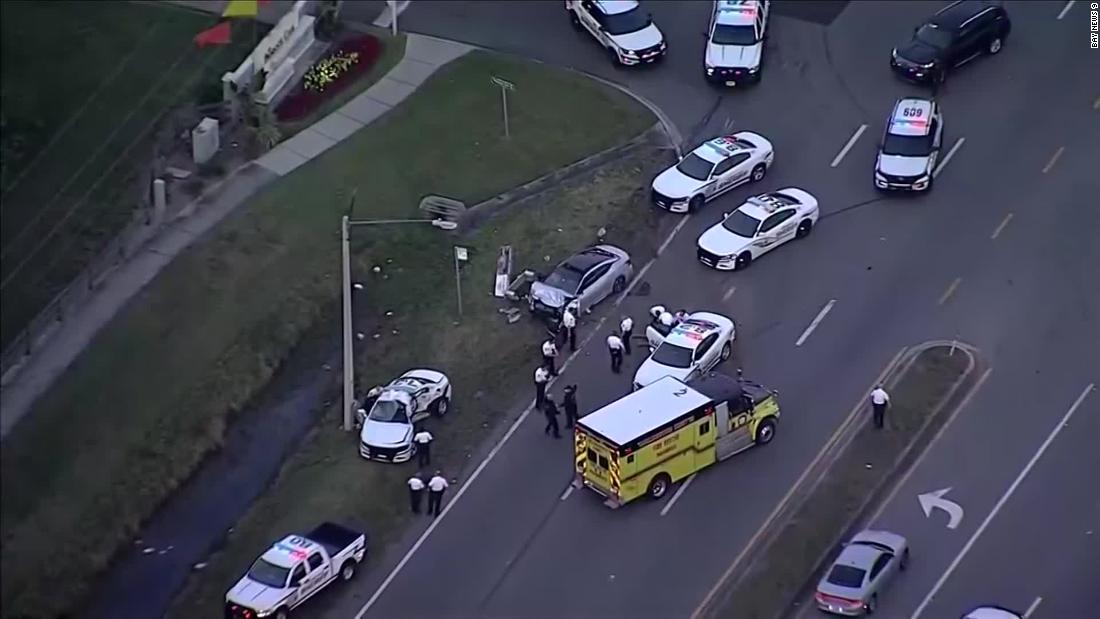 We will “honor him as the hero and for the service he left behind — as a teacher, as a mentor and again, someone who unselfishly served this community,” Chronister said.

According to the HSCO, Deputies had responded to two calls about a suspect who was acting erratically at the Paddock Club Apartments in Brandon, Florida, on Monday afternoon.

Brandon is just east of Tampa.

They first responded to a call that the suspect, identified as Zachary Gabriel Garrett, 28, was “throwing property out of his apartment window and front door” and had “threatened to harm staff in the past,” the release said. The deputies spoke with Garrett but found no cause for arrest at the time, according to the release.

The deputies responded to the same location around 5 p.m. after the Garrett was reported to be nude and acting erratically, according to the release. Deputies attempted to talk to the suspect on their second visit but he was “unresponsive” and “became combative and struck one of the responding deputies…multiple times,” the release said.

Both responding deputies deployed their tasers “without success,” according to the release, before the Garrett fled to his car.

The deputies attempted to block Garrett, but he was able to get past them, crashing through an apartment complex gate entrance, the release said.

Several witnesses reported the suspect “intentionally rammed into Master LaVigne at a high rate of speed,” as he was in his marked HCSO vehicle, the release said.

Deputies tended to LaVigne’s injuries and first responders with Hillsborough County Fire Rescue attempted to extricate him for several minutes, according to the release.

“Despite their courageous efforts and those on frontlines at Tampa General Hospital, Master Corporal LaVigne passed away while in the line of duty,” the release said.

“Master Corporal Brian LaVigne has been a part of the Hillsborough County Sheriff’s Office family since 1990, and he was just days away from retirement,” Chronister said in the release. “We will never forget Master Corporal LaVigne for laying down his life in the line of duty or the response of his squad members who did everything they could to ensure that the individual responsible for his death was apprehended.”

LaVigne leaves behind a wife and two adult children, one of whom is also a deputy with the same Sheriff’s Office, the release said.

Garrett was taken to a local hospital with minor injuries, Chronister said. Charges against him are forthcoming and he does not have a previous arrest history in the county, according to the release.