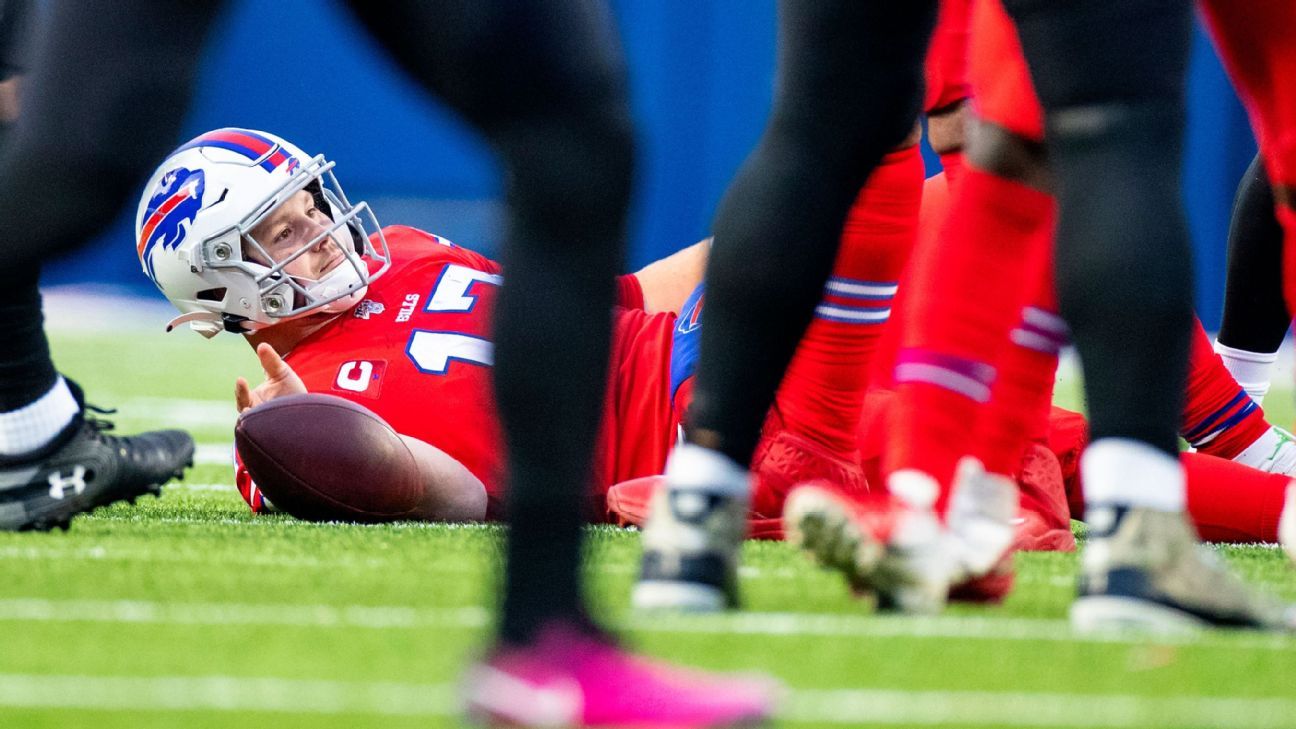 
OWINGS MILLS, Md. — The Baltimore Ravens don’t intend to change their blitz-heavy ways against Buffalo Bills quarterback Josh Allen, who was among the best at handling pressure this season.

Heading into Saturday’s AFC divisional game, the Ravens have blitzed an NFL-high 41% of the time. Allen has thrived against the blitz, throwing a league-high 19 touchdown passes against pressure.

For some defenses, this could be cause for concern — but apparently not for Baltimore.

“He knows that there is going to be pressure, that’s for sure,” Ravens defensive coordinator Don “Wink” Martindale said Wednesday. “That’s who we are. That’s what we’ve done.”

Allen was named to his first Pro Bowl this season after becoming the first quarterback to surpass 4,500 yards passing, 35 touchdown passes and five rushing touchdowns in a single season. At 6-foot-5, 237 pounds, Allen has the ability to shake off pass-rushers and beat defenses with deep downfield passes.

In discussing Allen with his defensive coaching staff, Martindale described the challenge of facing the quarterback like this: “He’s a young Ben Roethlisberger because of his size and how he extends plays with [Dan] Marino’s arm.”

Allen had one of the worst games of his three-year career against Baltimore in December 2019, when the Bills lost to the Ravens 24-17. He was held to the second-lowest completion rate of his career (43.6%) on 17-of-39 passing and was sacked six times.

But Martindale raved about Allen’s improvement since that last matchup. Allen increased his accuracy dramatically this season, going from a 58.8% completion rate in 2019 to 69.2% this season.

“Usually when you evaluate a quarterback and he’s not accurate, it’s hard for them to shed that tag,” Martindale said. “What he’s done in the offseason and what he’s done this year is amazing to see. It’s accuracy on the move. It’s accuracy out of the pocket. Everything he’s done, he’s become more accurate with it.”

The difficulty with Allen is he can beat you with his legs and his arm. Allen has led the Bills in rushing in both of his playoff games. The only quarterbacks in the Super Bowl era to lead their teams in rushing in three straight postseason games are Steve Young and Lamar Jackson.

A week after holding rushing champion Derrick Henry to a season-low 40 yards, Martindale said it is going to take a similar physical effort to slow down Allen.

“To me, tackling him … you better throw big bodies at him because he’s a big body,” Martindale said. “I told the defense earlier: ‘We need to tackle him like you tackle Henry because that’s the way he runs.’ He’s a tough challenge that we have.”