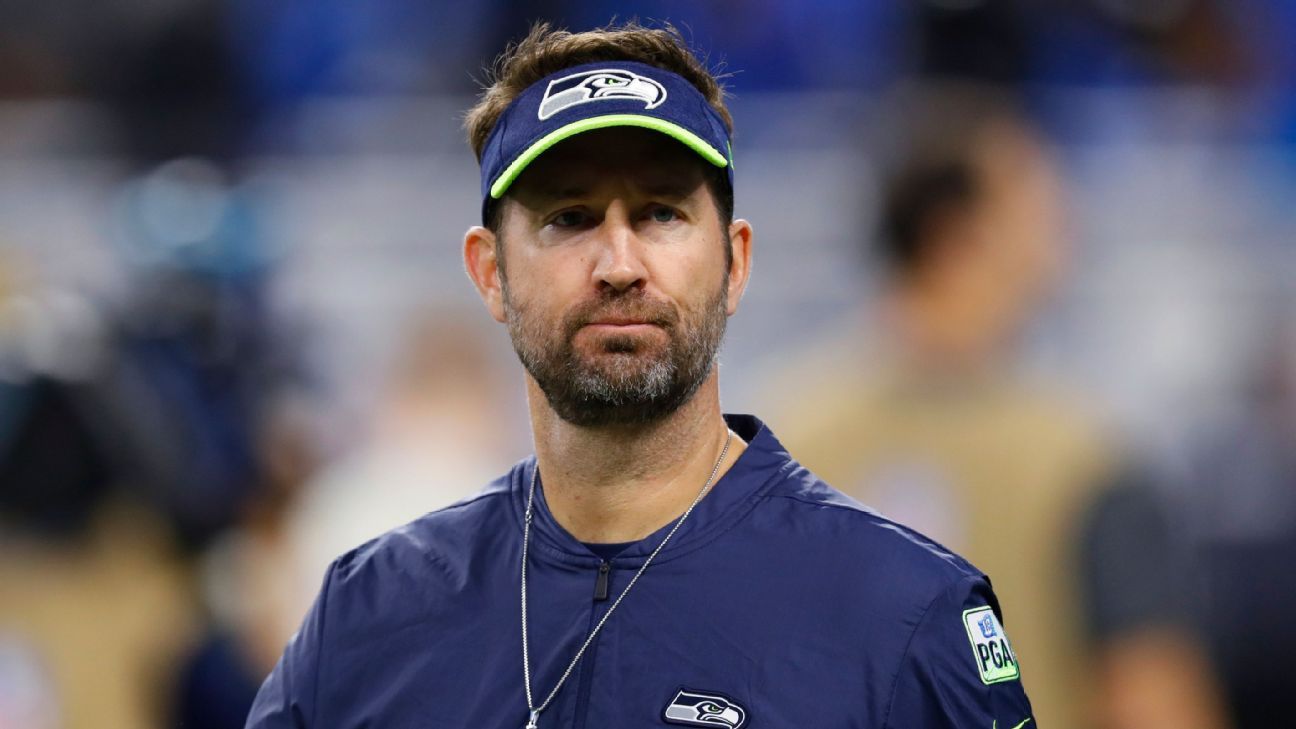 SEATTLE — In a surprising move, Brian Schottenheimer is out as Seattle Seahawks offensive coordinator after three seasons.

The Seahawks announced the decision Tuesday, citing “philosophical differences” as the reason for the parting, while calling Schottenheimer, 47, a “fantastic person and coach.”

The decision comes after a disappointing end to an odd season in which the Seahawks scored the most points in franchise history but slogged their way through the second half. That curious offensive regression continued in their 30-20 season-ending loss to the Los Angeles Rams in the NFC wild-card playoff game three days ago.

On his 710 ESPN Seattle radio show Monday, coach Pete Carroll was asked for his assessment of the job Schottenheimer did in 2020, and whether he expected him back. Carroll briefly answered in the affirmative but then balked when asked in his news conference immediately after if his coordinators would be back, saying he doesn’t talk about such matters out of respect.

“We’re going to figure out what we need to do to get better, just like we always do,” Carroll said. “I love my guys. I love the way they’ve worked and their dedication and all that they’ve brought. I’m counting on everybody coming back. Our coaches are getting calls all over the place. There’s all kinds of things going on. I don’t know what’s going to happen.”

ESPN’s Adam Schefter reported that after a meeting Monday night, it was evident there were philosophical differences between Carroll and Schottenheimer and that they decided it would be in the best interest of both sides to part ways.

In his public comments since the season ended, Carroll has expressed regret that the Seahawks didn’t adjust better to the way opponents were defending them in the second half of the season. He also cited his own dialing back of the offense as part of the reason for the decline in production, saying he tightened things up as the Seahawks faced a handful of strong defenses near the end of the season.

Carroll said part of the solution next season will be to run the ball enough to force defenses into more favorable coverages.

Carroll hired Schottenheimer in part to work hands-on with quarterback Russell Wilson and to fix a running game that had fallen apart in 2017. Seattle reestablished its run-heavy offense in 2018 and 2019, then dropped back to pass more than any team in the NFL did over the first 10 weeks of this season in a drastic shift.

The Seahawks scored a franchise-record 459 points in the regular season, but that was heavily weighted toward the beginning of the season, as Seattle topped 30 points in seven of its first eight games. Wilson was throwing touchdowns at a record pace for part of that stretch — and was the early front-runner for MVP — before he and the rest of the offense hit a wall.

Over the first nine weeks, the Seahawks’ offense led the league in scoring at 34 points per game, while Wilson led the league with 28 touchdown passes. But over the final eight weeks of the regular season, Seattle’s points-per-game average dropped to 22.6 (which was 16th) and Wilson threw 12 TD passes (tied for 13th).

Wilson’s 40.7% completion rate on 11-of-27 passing in Seattle’s wild-card loss was tied for the second-lowest of his career, while his 17.6 Total QBR was his worst in 16 career playoff games, according to ESPN Stats & Information research. He was sacked five times in that game and pressured on a season-high 50% of his dropbacks. Wilson threw two touchdowns and a pick-six that Carroll said was not his fault.

Another offensive blunder in that game came midway through the fourth quarter, when the Seahawks couldn’t get a fourth-and-1 play off in time despite an injury stoppage from the play before serving as a de facto timeout. They were penalized for a false start after rushing to the line. Carroll said he was pushing back on the playcall, which led to the delay, and that they were about to run the play he wanted had the penalty not forced them to punt.

When asked about the Seahawks’ offensive regression after their hot start, Carroll said they didn’t adjust well enough to how opponents were defending their deep passing in the play-action game, traditionally a big part of Seattle’s success.

“That doesn’t mean we throw the ball over their head all of the time and going for just bombs,” Carroll said. “But there’s a lot of space we create in the play-passing game, and it seemed like during the course of the season, after the halfway point, we had hit so much early, we had been so effective that people found a way to stay back and just try to bleed us and make us have to throw the ball underneath, and we were maybe really going for it more than we needed to and didn’t take advantage of switching gears a bit there as effectively as we would like.”

“Schotty… I’m grateful for how much you meant to me over the past three years,” Wilson tweeted Tuesday night. “God blessed me with you, we won a lot of games, threw a lot of touchdowns and had a blast in meetings and our bible studies. The best days are ahead for you. Go be Great. God first. Love. 3.”

Schotty… I’m grateful for how much you meant to me over the past three years. God blessed me with you, we won a lot of games, threw a lot of touchdowns and had a blast in meetings and our bible studies. The best days are ahead for you. Go be Great. God first.

Whomever the Seahawks hire as their next coordinator will be Wilson’s third in five seasons. Schottenheimer was hired after Seattle fired Darrell Bevell almost three years ago to the day. The Seahawks ranked fifth in offensive scoring in Schottenheimer’s first season, eighth in 2019 and sixth in 2020. They ranked 18th, eighth and 17th in total yards in that span.