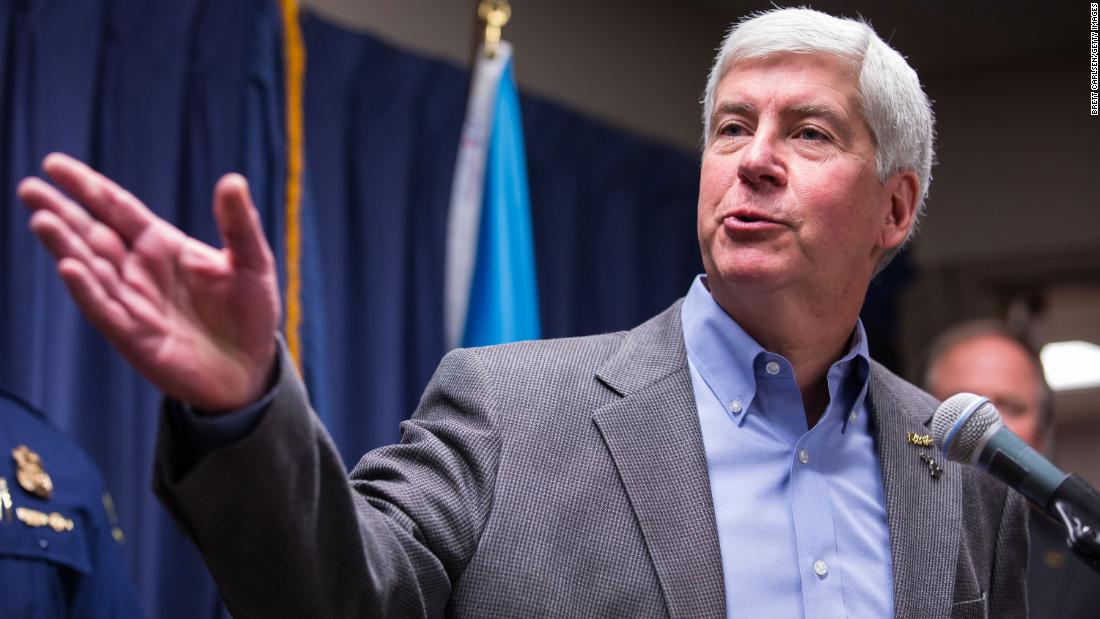 Snyder and several other officials will face state criminal charges in connection with the crisis, the outlets said.

A source with knowledge of the situation told the Detroit News that Snyder and others are set to be formally indicted as soon as Thursday.

Brian Lennon, an attorney for the former governor, said his client is being made into a scapegoat by a politically driven special counsel.

“Rather than following the evidence to find the truth, the Office of Special Counsel appears to be targeting former Gov. Snyder in a political escapade.”

The Michigan state attorney general’s office wouldn’t comment on details of the overall investigation, but a spokesman told CNN the office “will share more when in a position to do so.”

An attorney for former Flint Public Works director Howard Croft told the Detroit Press that his client also expects to be charged. Attorney Jamie White said he was informed Monday.

Flint’s water problems can be traced back to 2014, when city and state officials switched the city’s water supply in an effort to cut costs. That decision exposed residents to dangerously high levels of lead and prompted more than a dozen lawsuits against those involved.

Gov. Snyder apologized for the state’s role in the crisis.

Twelve people died and more than 80 were sickened as a result of two waves of a Legionnaires’ disease outbreak in Flint.

Last year, the state reached a $600 million settlement with victims, and a court monitored compensation fund for victims was established.
The water quality problems began when the state switched Flint’s water supply from Lake Huron to the notoriously filthy Flint River. The move, meant to reduce costs, was supposed to be temporary while a new supply line to Lake Huron was completed.

When the Michigan Department of Environmental Quality failed to treat the corrosive water, it ate into the city’s iron and lead pipes and leached into the drinking water.

Flint residents had been complaining about the poor quality of their water when the Environmental Protection Agency tested water going into homes there in 2015, finding dangerous levels of lead, which can cause serious health issues.

An outbreak of Legionnaires’ disease linked to the water led to criminal charges against state officials, including Nick Lyon, then-director of the Michigan Department of Health and Human Services, in 2017.

Prosecutors dropped all criminal charges in 2019 and said the investigation would begin again from scratch, citing concerns about how the special counsel had conducted its probe.

More than a dozen lawsuits, including several class-action suits, were filed against the state, the city of Flint and some state and city employees involved in the decision to switch the source of the drinking water and those responsible for monitoring water quality.