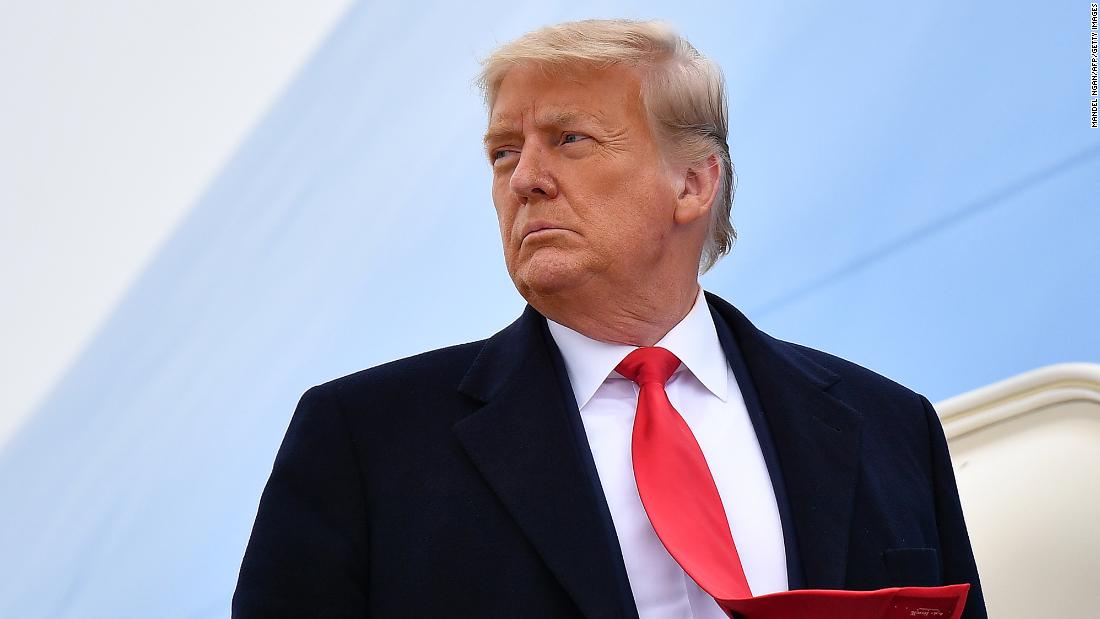 On the day President Donald Trump faces a second impeachment for his role inciting the rioters who ransacked the Capitol, officials in New York City announced plans to immediately end the Trump Organization’s contracts to operate the Trump Golf Links at Ferry Point, the Central Park Carousel and the Wollman and Lasker ice skating rinks.

“The attacks on our Capitol killed a police officer, left four rioters dead, exposed lawmakers to Covid-19 and threatened the constitutional transfer of power,” the city said in a statement issued Wednesday morning. “They were a national abomination. We’re reviewing whether legal grounds exist in light of these new circumstances to terminate concessions with the Trump Organization.”

On Wednesday, global real estate services firm Cushman & Wakefield (CWK) said it “has made the decision to no longer do business with The Trump Organization,” according to a company spokesperson.

Over the years, Cushman has handled several office and retail properties for the Trump Organization including New York City’s Trump Tower, Trump Plaza, the Trump Building at 40 Wall Street and the Trump International Hotel and Tower in Chicago.

Trump and New York City Mayor de Blasio have long sparred with one another. While the Trump Organization website still lists New York City as the company’s headquarters, President Trump and First Lady Melania Trump moved their legal residence from the city to Florida in October 2019. At the time, Trump said he decided to move because he had been “treated very badly by the political leaders of both the city and state.”

De Blasio said the city is on firm ground to terminate the contracts because of the president’s conduct last week.

“Inciting an insurrection against the US government clearly constitutes criminal activity,” de Blasio told MSNBC on Wednesday. “The City of New York will no longer have anything to do with the Trump Organization.”

The Trump Organization vowed to fight the city’s action.

“Yet another example of Mayor de Blasio’s incompetence and blatant disregard for the facts,” the company said in a statement. “The City of New York has no legal right to end our contracts and if they elect to proceed they will owe The Trump Organization over $30 million. This is nothing more than political discrimination and we plan to fight it vigorously.”

The contracts for the four properties earned Trump $17.9 million in income in 2019 according to his most recent federal financial disclosure filing. The most lucrative is the contract for the ice skating rinks, which brought in a combined $9.4 million.

The contracts give the city the right to terminate the agreements “at will,” and state that the decision to terminate is at the city’s “sole and absolute discretion.” So de Blasio appears to have enough legal leverage to pull the plug. But the contracts also stipulate that the reason for termination cannot be “arbitrary or capricious.”

Wollman Rink is the longest-running Trump Organization contract with the city and once served as a cornerstone of Trump’s reputation as a businessman who could get things done. After several failed attempts by the city to rebuild and reopen the rink in the 1980’s, Trump landed the contract to renovate and run the facility in 1986.

His company’s site says the renovation was completed for $2 million in four months, which it said was below budget and ahead of schedule.

At the time he was only 40 years old and still making a name for himself. The revitalized rink opened a year before the publication of his book “The Art of the Deal.” It also came before a series of business bankruptcies starting in 1991 that tarnished his reputation, and well before his casting on the reality show “The Apprentice,” which made him an even bigger celebrity.