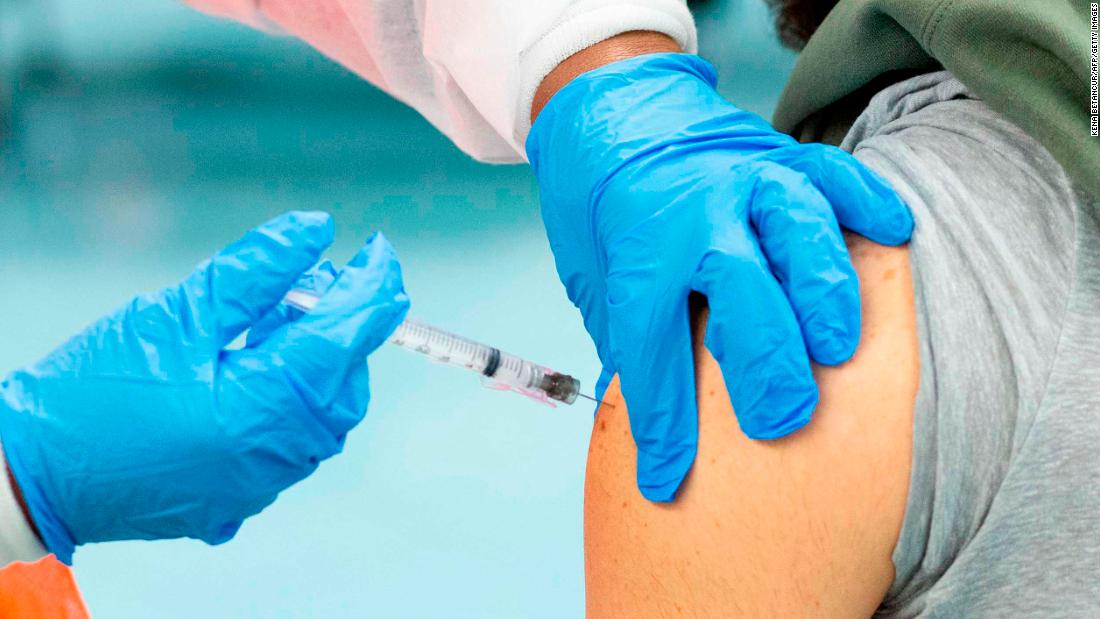 What’s happening: In the United States and across Europe, the rollout has been slower and bumpier than expected.

US officials have struggled to explain why just 9 million people have received the first shot of their coronavirus vaccine when three times that number of doses have been distributed. They had promised 20 million people would be inoculated by the end of 2020.

Many of Europe’s biggest economies are also struggling to get shots in arms. While the United Kingdom, which is in crisis thanks to the emergence of a more contagious Covid-19 variant, has administered nearly 2.5 million shots, Italy, Germany and Spain have each vaccinated fewer than 1 million people.

The situation in France is particularly dire. The country has administered vaccines to just 189,834 people, according to its health ministry.

So far, investors don’t seem to be alarmed by these numbers and remain assured that the recovery is still on track.

“The rollout of vaccines is off to a slow start, yet we believe once vaccination becomes widespread it will allow a more forceful restart due to the pent-up demand,” analysts at the BlackRock Investment Institute told clients earlier this week.

They advised “[looking] through any market volatility triggered by evolving virus dynamics.”

There’s certainly good reason to think that vaccination efforts will ramp up as those involved in distribution get more experience. Dr. Anthony Fauci, the top US infectious disease expert, said Tuesday that he expects pacing will improve in the next few weeks.

“We’re going to be seeing much more efficient administration of the vaccine, namely getting it into people’s arms,” Fauci said.

But for now, Wall Street should be watching the data closely, given how central vaccination is to its forecasts.

“Though [the vaccine rollout] has given hope to the global recovery in the second half of the year, any positive effects will be felt predominantly in [developed markets],” Simon Macadam of Capital Economics told clients Tuesday. “This is because the vaccine rollout could be hindered in [emerging markets] by greater procurement and logistical issues.”

News that a leading Chinese Covid-19 vaccine developed by Sinovac Biotech was just 50% effective in late-stage trials in Brazil, significantly lower than earlier results showed, is also a concern. Vaccines developed by Pfizer-BioNTech and Moderna have an efficacy rate of about 95%.

President-elect Joe Biden’s reported pick to lead the US Securities and Exchange Commission is a warning for Wall Street.

The latest: News organizations including Reuters and the Wall Street Journal report that Biden will tap Gary Gensler to lead the agency. Gensler served as chair of the Commodity Futures Trading Commission between 2009 and 2014.

Among the major Obama-era regulators, Gensler was the most aggressive in implementing the Dodd-Frank financial reform law that Wall Street opposed. He also took on big banks for rigging Libor, a crucial benchmark for lending.

“Gary Gensler undoubtedly brings back some bad memories,” Isaac Boltansky, director of policy research at Compass Point Research & Trading, said when he was tapped for the transition team in November.

Though Gensler is a former Goldman Sachs banker, he’s now viewed as a tough-on-Wall-Street ally of progressive Sen. Elizabeth Warren.

“As chair of the CFTC during the Obama administration, Gensler earned a reputation as an aggressive regulator following the financial crises, particularly in his pursuit of the Libor manipulation cases,” said Paul Hastings partner Nicolas Morgan.

What it means: If Gensler is confirmed, it could set up the SEC to move ahead on progressive priorities. This includes reversing Trump-era moves to limit shareholder proposals and requiring companies to issue more detailed disclosures on climate risks.

This will be the real test for companies dumping Republicans

The insurrection at the US Capitol has sparked a reckoning in the business world, forcing a rapid reassessment of political giving that has long been a norm.

Remember: Bank of America, Coca-Cola, Facebook and Microsoft announced this week that they’ve suspended all political donations. Airbnb, Amazon, Verizon and CNN owner AT&T vowed not to give money to the 147 Republicans who tried unsuccessfully to overturn President-elect Joe Biden’s victory.

But the real test will come when Democrats, who will soon control the US Senate, attempt to hike corporate tax rates and move to introduce new regulations, my CNN Business colleague Matt Egan writes.

Companies that have publicized taking a timeout may feel compelled to turn the spigots back on to influence major legislation that impacts their bottom lines. And that may include donating to some Republicans who objected to the Electoral College votes, but also oppose higher taxes and more red tape.

Greg Valliere, chief US policy strategist at AGF Investments, predicts that Republican Senators Ted Cruz and Josh Hawley, who led the Senate effort to overturn the election, will be “pariahs for the rest of their careers.” But in the long run, the party as a whole may not suffer, he said.

“Republicans for decades have been anti-tax and anti-regulation,” Valliere said. “Corporate America will be very reluctant to give money to Cruz and Hawley, but other Republicans who are not identified with this will do okay.”

Data on US consumer prices in December posts at 8:30 a.m. ET.

Coming tomorrow: Earnings season kicks off in earnest with results from BlackRock and Delta Air Lines.

Eddie Lee Howard: A Black man who wrongfully served 26 years on death row in the killing of a White woman is now free

Trump impeachment process: Who are the key players?