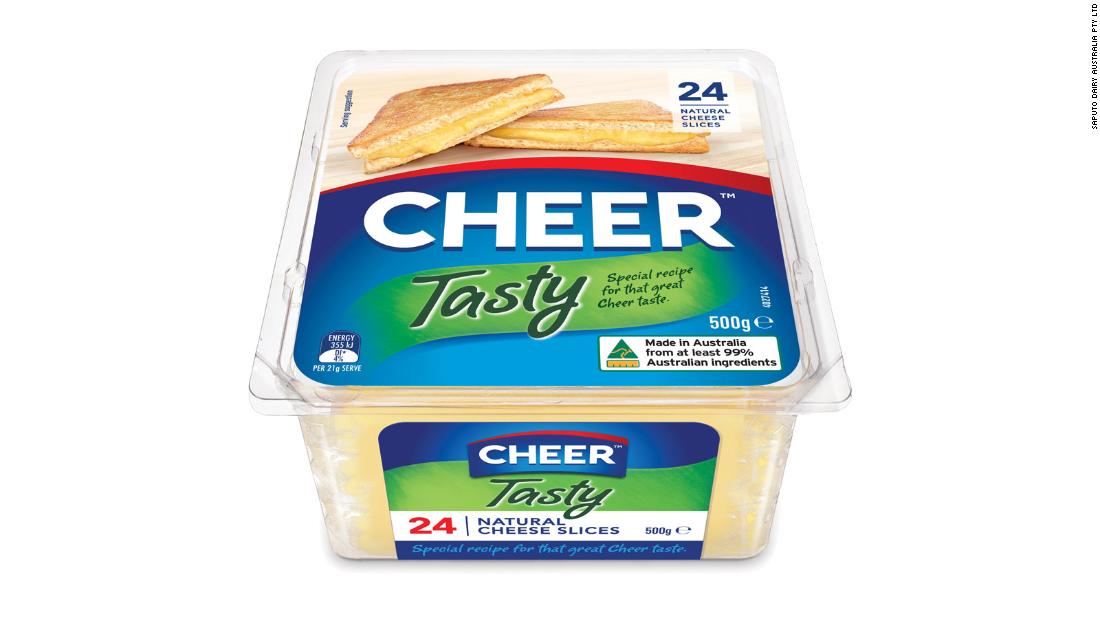 
“Coon Cheese,” which has been sold in Australia for more than 80 years, will now be known as “Cheer Cheese,” its manufacturer said Wednesday. The new brand will roll out to Australian supermarkets in July.

Owner Saputo Dairy Australia bills itself as the country’s largest dairy processor. It made the decision to rebrand its cheese line last summer, joining other major food companies that were forced to revisit the titles of some of their most well-known products.
Several big brands, such as Quaker Oats’ Aunt Jemima and Mars-owned Uncle Ben’s, also announced last year they would change or retire branding that was considered racially offensive.
In Australia, Nestlé (NSRGF) has rebranded its Red Skins and Chicos sweets, saying that their names were out of step with the company’s values. The candy is now sold under the names “Red Ripper” and “Cheekies.”
For Saputo, “Coon” cheese had been the focus of criticism for decades. The company has insisted that the brand name paid homage to its founder, Edward William Coon. But the word is also a deeply insulting racial slur directed at people of color.
The change came after more than two decades of campaigning by Indigenous activist Stephen Hagan, according to CNN affiliate 9News. Saputo called the decision an attempt to “eliminate racism” from its brand.
The new name aims to align “with current attitudes and perspectives,” the company said in a statement Wednesday.

“Cheer Cheese is a cheese for everyone, and we trust our valued consumers and those who are new to our products will embrace this new name,” Cam Bruce, the company’s commercial director, said in the statement.

What to watch for in 2021 free agency