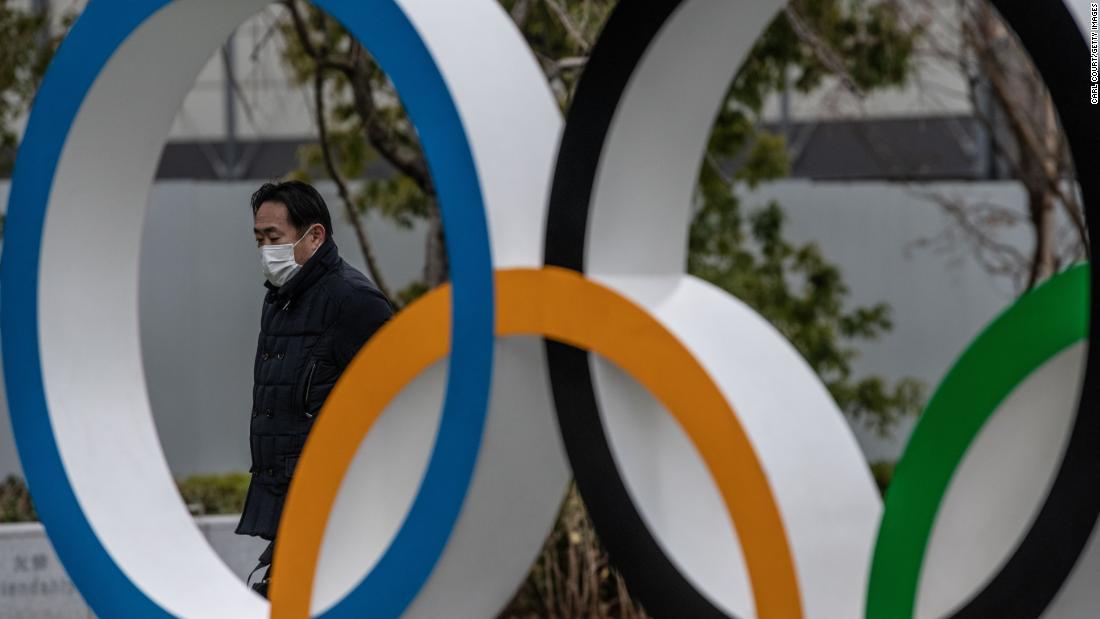 The country reported 4,527 new cases and 51 deaths Tuesday, bringing the national total to almost 300,000, with a death toll of 4,158. More than 61,500 patients are in hospitals across the country, which have been struggling to deal with a spike in cases brought on in part by freezing winter temperatures.

Tokyo, previously among the worst hit areas, reported 970 new cases Tuesday, the first time the Japanese capital’s daily tally has dropped below 1,000 in over a week. The total number of confirmed cases in Tokyo now stands at 77,133.

A state of emergency was previously declared for Tokyo and the three neighboring prefectures of Chiba, Saitama and Kanagawa last week, to be in place until February 7.

The new announcement expands the order to Osaka, Kyoto, Hyogo, Aichi, Gifu, Tochigi and Fukuoka, covering much of Japan’s main island of Honshu. Eleven prefectures in total are now under emergency measures.

The state of emergency orders companies to encourage their staff to work from home and reduce office populations by 70%. Residents of the affected areas are also urged to avoid non-essential outings and restaurants have to stop serving alcohol by 7 p.m. and close by 8 p.m.

Sports and entertainment events in Japan are also requested to limit the number of attendees.

Suga also said the country will temporarily ban the entry of all foreign nationals into the country amid the country’s rise in Covid-19 cases, though he did not clarify when the ban would go into effect.

Suga asked for the public’s help after announcing the expanded measures Wednesday.

“I hope people to understand that this is an indispensable measure to improve this difficult situation. We will do everything we need to do. I apologize for the inconvenience caused your life with many restrictions, but we must overcome this,” he said at a news conference.

“I would like to ask for the cooperation of the people.”

However, unlike a number of other countries which have introduced lockdowns and social distancing measures, Japan lacks much in the way of legal powers to force compliance with the government’s orders. The country is also grappling with coronavirus fatigue, having been among the earliest hit by the pandemic, and mixed messages in recent months.

“Japan’s response is too slow and confusing, which reflects the lack of leadership and strategy. On one hand they encouraged domestic travel and eating out, on the other they just asked people to take caution,” Kenji Shibuya, director of the Institute for Population Health at King’s College London, said earlier this month. “The government is basically asking people voluntarily to behave properly, but does not do more than that.”

Speaking after the Tokyo emergency order, Satoshi Kamayachi, a physician and member of the government’s expert advisory board, told CNN affiliate TV Asahi that it was “not enough period to curb the infection surge, we need to reduce more the human contact.”

Wisdom of hosting the Olympics questioned

Japanese officials are believed to be wary of introducing a full lockdown or other more stringent emergency measures for fear of harming the economy. The country is also once again facing difficult decisions around the OIympics, which were due to take place last summer but were eventually postponed as the pandemic spread around the world.

The Tokyo Games are scheduled to be held this summer from July 23 to August 8, according to the International Olympic Committee, with pared-back opening and closing ceremonies in keeping with an “overall simplification of the Games.”

Last week, the Tokyo metropolitan government said it would be postponing the upcoming exhibitions of the Tokyo Olympics torch “to reduce the flow of people and to prevent the spread of Covid-19.” The torch had been on display in several municipalities from November and was due to restart this week.

In a New Year’s address to Tokyo 2020 Organizing Committee staff this week, Chairman Yoshiro Mori said that preparations would proceed “as planned,” adding that “I think everything would be affected if I scratch my head or show any indecisiveness.”

“We will emerge from this dark tunnel in cooperation with you. I would like you all do the best until end to bring many people joy and hope in the belief that spring comes after winter and morning always comes after a long night,” Mori said.

A recent poll by Japanese public broadcaster NHK found that 77% of respondents felt the Games should be postponed again or completely canceled, with only 16% in favor of holding them this year.

Speaking to CNN, former top International Olympic Committee official Dick Pound said that it was unlikely the Games could be postponed again, and so any additional delay would likely mean their cancellation.

“The one year postponement was a proposal by Japan, the Organizing Committee said ‘look, we can hold this together for another year, but not further’,” he said. “Postponing it for another year, for example, will come at a huge cost, which Japan may not be willing to incur. It will further complicate a crowded sports schedule …you’re going to have the World Cup and football going on, and at some point it’s just there’s just too much congestion in the overall system.”

He dismissed the suggestion that the Tokyo Olympics could be shifted to 2024, and all planned host cities moved forward in turn, as being from people “without any conception of what that (plan) means in real life.”