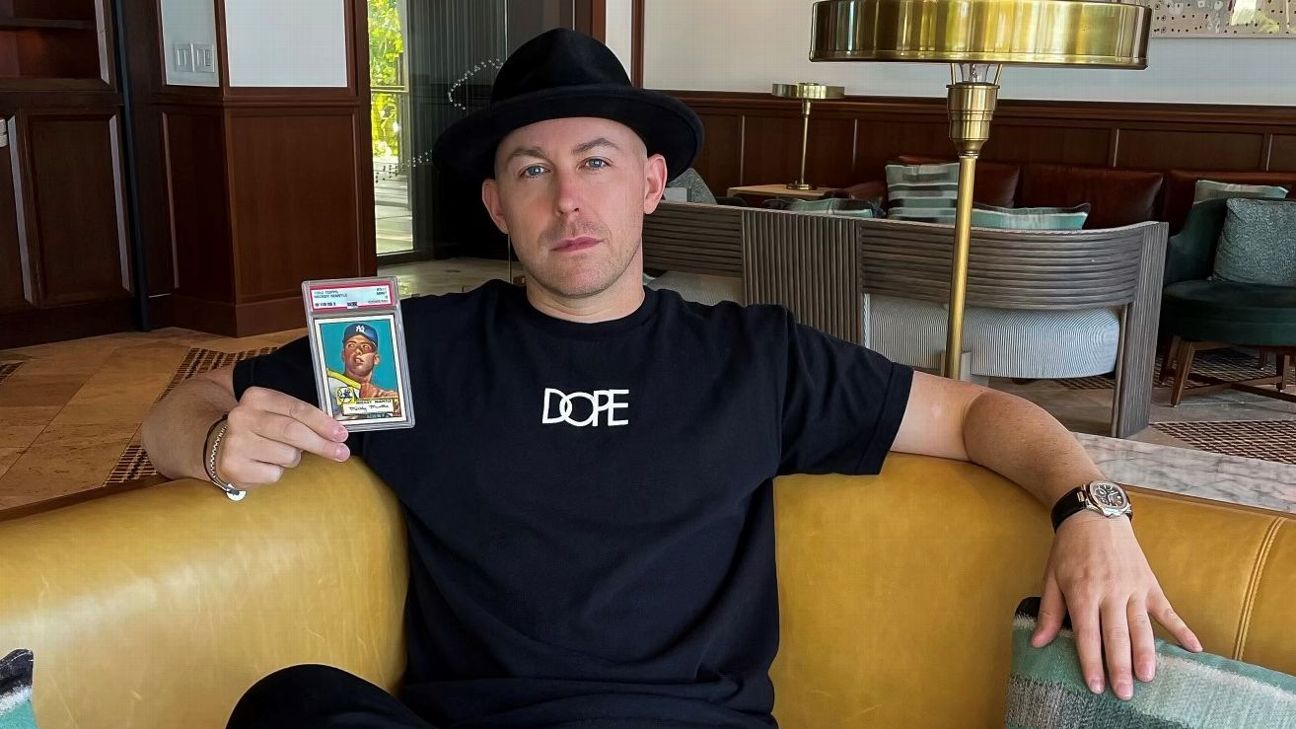 
A Mickey Mantle baseball card has shattered a 5-month-old record for highest-selling sports card of all time, going for $5.2 million, PWCC Marketplace announced on Thursday.

The 1952 Topps Mickey Mantle PSA 9 — PSA is a grading system that ranges from 1-10 — took the record from a one-of-one Mike Trout rookie that sold for $3.94 million in August. It’s believed that there are only six PSA 9s of that Mantle card still in existence.

Rob Gough, the actor who acquired streetwear brand Dope in 2017, purchased the ’52 Mantle, which former NFL lineman Evan Mathis sold in 2018 for $2.88 million.

“The 1952 Topps Mantle is the holy grail of sports cards,” Gough said. “As a kid ripping packs in the ’90s, I always dreamt of owning one. … I felt this Mantle was highly underpriced.”

While not Mantle rookies, the 1952 cards are renowned for being Topps’ first annual set and for having been dumped, by the thousands, into the Hudson River in 1960 after overproduction.

The purchase marks yet another milestone amid a recent surge in big-money sports memorabilia sales. Ten card sales now topped $900,000, with eight of those sales in the past 12 months. Before the Trout rookie sale in August, a T206 Honus Wagner PSA 5, sold in 2016, held the record at $3.12 million.

And the ceiling could rise further still. There are three recognized PSA 10 (rated “gem mint” condition, a “virtually perfect card,” according to PSA) Mantles in existence, one of which was on climate-controlled, UV-protected display and transported by armored car in Colorado in 2018. They’re valued at more than $10 million each.