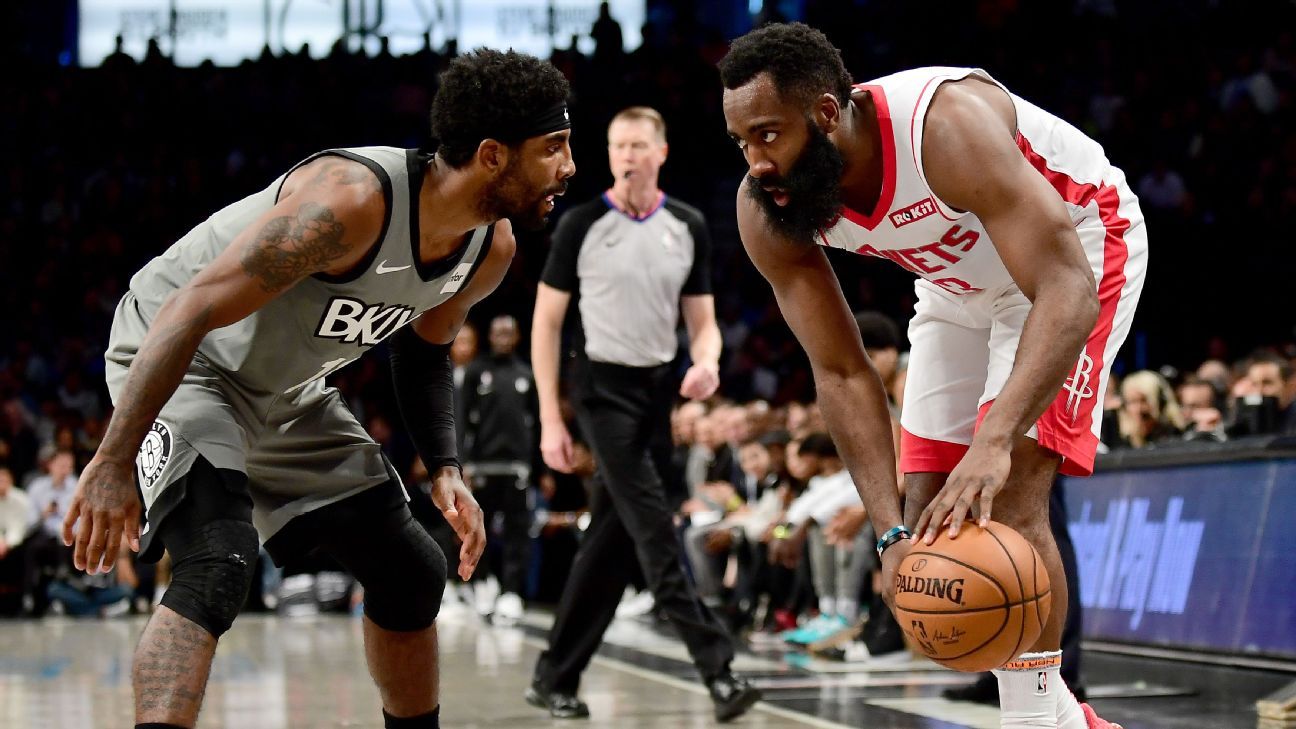 
The NBA trade deadline is still more than two months away, but Wednesday afternoon had that deadline day feel after the Houston Rockets sent shock waves through the league by sending James Harden to the Brooklyn Nets in a deal that involved not two, not three, but four teams (and seven players, four first-round draft picks and four pick swaps), according to sources.

While the number of pieces involved seemed overwhelming, NBA players needed just one word to express their thoughts about the move on Twitter.

Other players had slightly more expanded reaction, including Cleveland Cavaliers’ big men Larry Nance Jr., Andre Drummond and Kevin Love who will be joined in a suddenly crowded Cavs frontcourt by Jarrett Allen.

A live look at the NBA right now…. pic.twitter.com/kdYIJqY2TC

Meanwhile, Spencer Dinwiddie and CJ McCollum reminded us that when it comes to NBA trade season, it’s never safe to sleep.

Trapped in hyperbaric chamber for >2hrs and sheesh…

Right before my nap huh . Most entertaining sport in the business

Damian Lillard had some thoughts on the Nets newest acquisition and the future of Caris LeVert with the Indiana Pacers.

That’s a lot of firepower in Brooklyn https://t.co/6JIi5YxM7k

I think he gone take off now https://t.co/kqWiBZcAKA

Other players like Trae Young, Mo Bamba and Rudy Gay had their own reactions to the blockbuster deal.