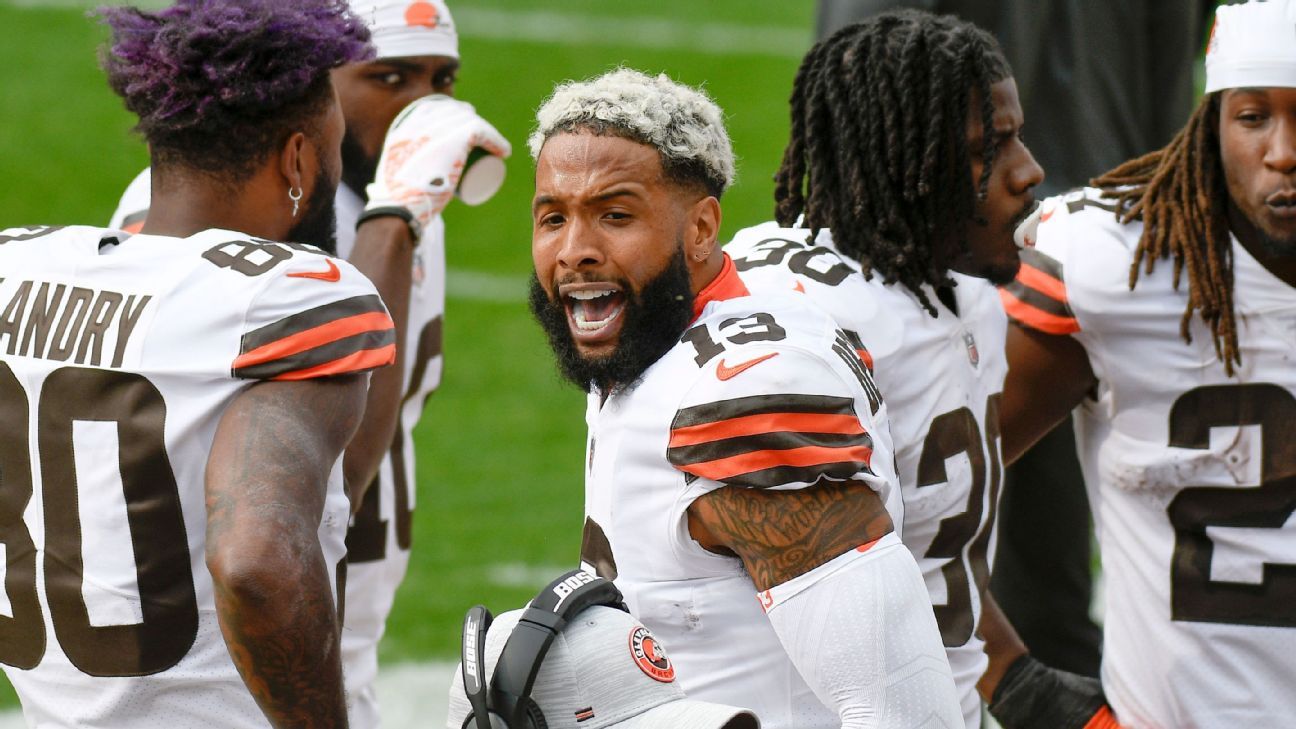 
Though he won’t be on the field for Sunday’s AFC divisional showdown in Kansas City, wide receiver Odell Beckham Jr. hinted he thinks his Cleveland Browns could upset the defending Super Bowl champion Chiefs.

Don’t be suprised this weekend when they win….just throwin it out there now

Beckham Jr., who’s been out since Week 7 because of a season-ending knee injury, isn’t the only NFL receiver who’s weighed in on this matchup. After Cleveland knocked Pittsburgh out of the playoffs, Steelers rookie receiver Chase Claypool taunted that he thought the Browns would get “clapped” by Patrick Mahomes. And the night of Cleveland’s impressive win in Pittsburgh, a Chiefs fan tweeted to Kansas City wideout Sammy Watkins: “Looks like we got some comp next week.”

Browns quarterback Baker Mayfield, who took issue with Steelers wide receiver JuJu Smith-Schuster saying before their wild-card game last week that “The Browns is the Browns,” didn’t seem to mind what Watkins said.

“I have no problem with it to be honest with you because if you do not have confidence, then you are not going to have success,” Mayfield said Wednesday. “Those guys have been doing it together for a few years now. They have a ton of confidence in each other. People get mad when you put it out there as your quote-unquote ‘bulletin board material,’ but I don’t have a problem with it. It comes with the nature of this game that you have to be confident and you have to know and believe in yourself.”

Meanwhile, this week around Cleveland, billboards have popped up, with the Browns and the city adopting Smith-Schuster’s trash talk as their new playoff slogan.

A young TikTok star once said, “The Browns is the Browns”. Today we’d like to thank that Tik Tok star for the bulletin board material… AND this billboard (on 271 by the Harvard Exit and across Ohio) for reminding us of his inspirational quote. #Browns #wewantmore pic.twitter.com/P0ixmoPhoB

As for OBJ’s pseudo-prediction, the Twitter account Freezing Cold Takes has already taken notice, thanking everyone for the tags to get its attention.

Covid-19: Brazil hospitals 'run out of oxygen' for virus patients