Was Bayern Munich’s throwback kit to blame for their shock DFB Pokal exit? 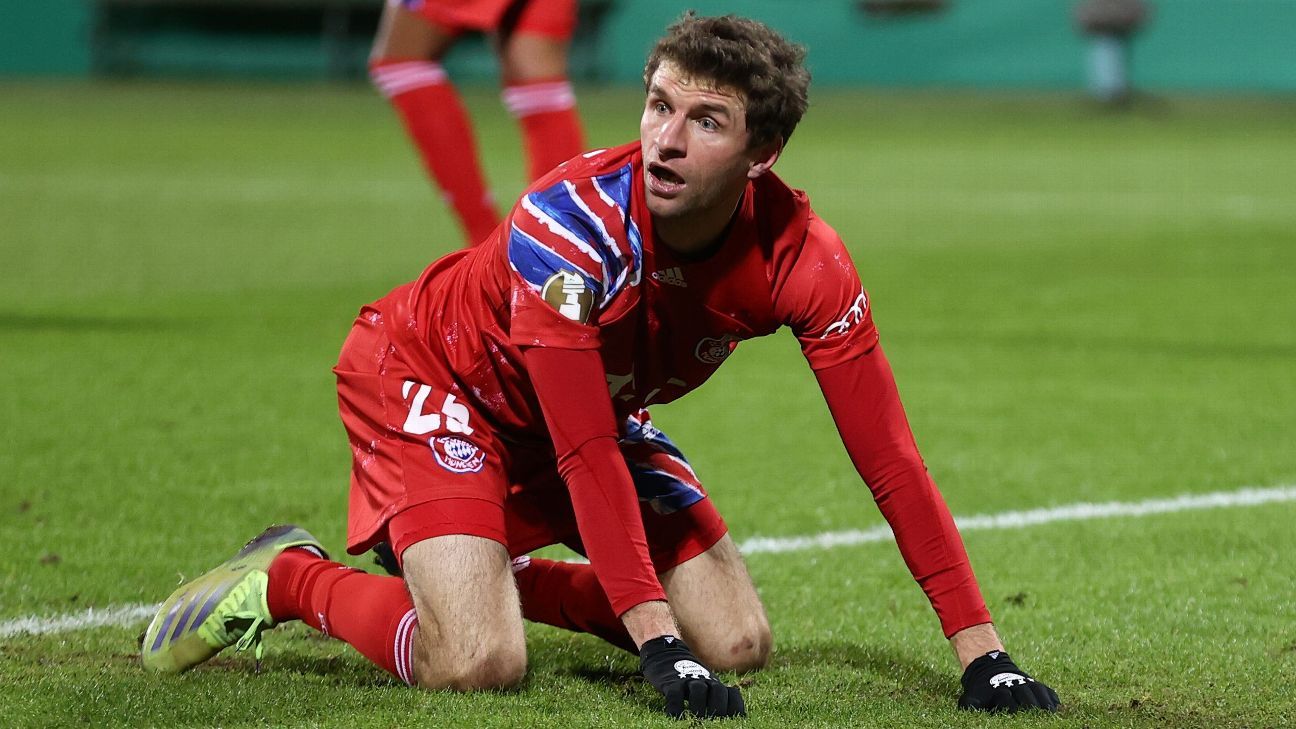 
Bayern Munich looked resplendent on Wednesday night as they turned out in the German Cup wearing their special “hand-painted” retro kit, designed by none other than singer, songwriter, record producer, fashion designer and entrepreneur Pharrell Williams.

The stylish strip is part of a capsule unveiled by Pharrell and his “Humanrace” creative ensemble last year which featured several similarly reworked nostalgia-infused shirts for several of the biggest clubs in Europe, including Manchester United, Real Madrid and Juventus.

It’s perhaps unfortunate then that Bayern went and lost on the night, and against lower-tier opposition into the bargain.

Indeed, the Bavarian giants were sent packing from the second round by second-tier Holstein Kiel of the 2. Bundesliga, who twice fought back from a goal down to claim a 2-2 draw in normal time before eventually knocking their top flight guests out on penalties.

The omens weren’t good for Bayern from the off, with their designer throwback kit inspired by the club’s 1991-93 home kit — a shirt in which the club infamously won nothing.

They may have looked good, but history was quick to repeat itself as misfortune once again befell the blocky red and blue jersey, with Holstein Kiel holding their nerve to emerge victorious in the shootout, burying every single one of their spot kicks past Manuel Neuer to win 6-5.

In the 1992-93 season, Bayern finished second in the Bundesliga as Werder Bremen snatched the title by a single point. Rather fittingly, Bayern also crashed out of the German Cup in the second round after losing to Dortmund on penalties.

The 1991-92 campaign was fairly dismal for Bayern too, finishing 10th in the league and seeing their cup run come to an end after just one game — once again losing in the second round, this time falling to an embarrassing 4-2 home defeat against second-tier minnows Homburg.

“Jerseys in retro chic, goal decisions like before the introduction of the video referee, Bayern suffered a sensational cup defeat at Holstein Kiel in the style of the early 1990s.”

Just to make matters worse, Bayern — whose first-team squad is valued at €891 million ($980m), while Kiel’s is just €17.6m ($19.3m), according to Transfermarkt — were actually leading 2-1 as the tie ticked over into the 95th minute of normal time at the Wunderino Arena.

They then somehow conspired to concede when 26-year-old Kiel captain Hauke Wahl plundered a dramatic equaliser with 94:12 minutes on the clock.

Wahl’s header was the latest goal conceded by Bayern in any competition since the 2017-18 German Cup final, when Eintracht Frankfurt (95:23 minutes) struck late to put the icing on their emphatic 3-1 victory.

But the late goal wasn’t the last of the drama as both sides then converted all five spot kicks before Bayern’s Marc Roca had his effort saved and Fin Bartels slotted in the winning penalty to send Bayern out.

Nope, it wasn’t a dream. This was the moment @Holstein_Kiel knocked Bayern out of the #DFBPokal 🥊🏆 pic.twitter.com/f6877bYmsh

Bayern are going through something of a rough patch at the moment … at least by their exceedingly high standards.

Defeat against Borussia Monchengladbach in the league followed by Wednesday night’s cup upset means that Hansi Flick’s side have already lost twice in 2021 (by 13 January) having only lost one solitary game during the whole of 2020.

It’s also the first time Bayern have been eliminated from the German Cup at the second round stage for over two decades, the previous instance coming in 2000 when they were knocked out by fourth division outfit FC Magdeburg, also on penalties.

Here’s hoping they fair a little better against Freiburg on Sunday afternoon. Perhaps reverting back to their traditional standard-issue home kit should be the first order of business?

Opinion: Prepare for a jobs boom in 2021

Costco is closing photo centers at all of its stores