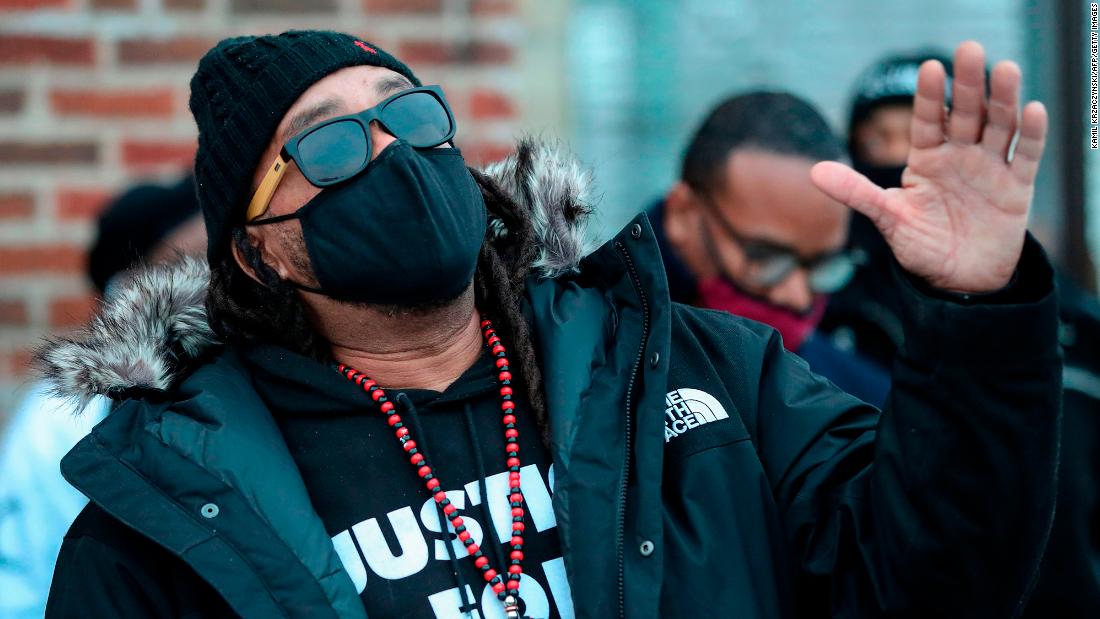 “One lets armed white insurrectionists violently attack our nation’s seat of government. Another gasses, beats, and shoots rubber bullets at people defending Black Lives,” he wrote in an Opinion piece for The Guardian.
Last week — and a day before the riots in the nation’s capital — Kenosha County District Attorney Michael Graveley announced the officer who shot Jacob Blake, Rusten Sheskey, would not face charges. Graveley said at the time Blake was “actively resisting” and armed himself with a knife. CNN has reached out to the district attorney for comment on the opinion piece.

“This justice system calls these people ‘protesters’, and they are protected by the first amendment,” Justin Blake wrote about the rioters. “Sheskey operates under this justice system, and it is unacceptable. He claimed self-defense after he shot Jacob in the back, in front of his kids, also in broad daylight. No plausible explanation exists for this escalated response.”

“The fact that the Capitol insurrection and Jacob’s shooting both happened in broad daylight shows how barefaced state-sanctioned violence has become,” he added.

Sheskey’s attorney previously told CNN the officer used deadly force not only to defend his life but because he was afraid Blake, while attempting to flee, was trying to kidnap a child in the backseat of the vehicle at the scene.

Attorney Brendan Matthews, the lawyer for Sheskey and the Kenosha Professional Police Organization, said in an email to CNN that he respects Justin Blake’s ability to express his opinion.

“Personally, I wish he exhausted his energy and media platform in a productive manner that seeks to improve America’s racial divide, not exacerbate it,” he wrote.

The district attorney’s decision last week, Justin Blake wrote, “makes crystal clear to Black people in Kenosha and Wisconsin that we are not safe in our communities.”

While not referencing him by name, the opinion piece links out to an article on Kyle Rittenhouse, the 17-year-old who is facing homicide charges in the death of two men, after, authorities allege, he fired at demonstrators during protests over Jacob Blake’s shooting.

Armed groups, Justin Blake writes, “threatening our community would be treated as the violent terror groups they are, and authorities would protect us from them. The Kenosha police department would adopt the #8cantwait platform, which includes requiring de-escalation and comprehensive reporting to prevent future police shootings.”

Body cameras would be implemented, he wrote, and documents related to his nephew’s shooting investigation would be released to the public.

Costco is closing photo centers at all of its stores