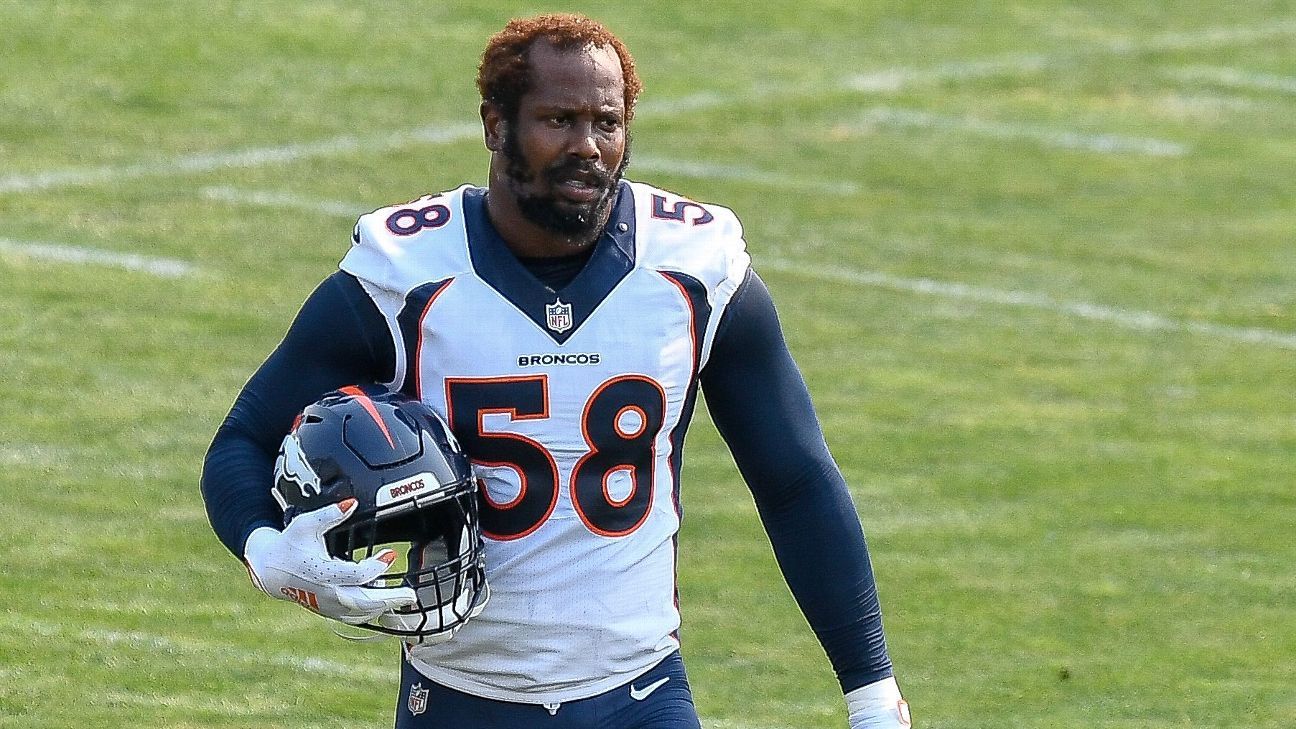 Police in the southeast suburb of Denver confirmed Friday that Miller is under investigation, saying that “if the investigation determines a crime has occurred charges will be submitted to the DA’s office for their review.”

“We are aware of an investigation involving Von Miller and are in the process of gathering more information,” the Broncos said in a statement.

A decision on whether charges are to be filed by police is not expected for a few weeks, a source told ESPN’s Adam Schefter.

Miller missed the 2020 season after he suffered an ankle injury in practice just days before the opener.

The 31-year-old has largely stayed away from off-the-field issues since 2013, when he was suspended for six games for violating the league’s substance abuse policy and had an arrest warrant issued that summer after failing to appear in court for multiple traffic violations.

In August, Miller said that what happened in 2013 “really made me take a look, like a real look, like you look in the mirror and really look at what’s there.”

The Broncos had already faced a decision about Miller’s future with the team. He is headed into the final season of the six-year, $114.5 million deal he signed in 2016. The Broncos have until the day before the new league year begins in March to pick up the option that would engage the 2021 season on the deal and guarantee $7 million of Miller’s base salary.

If the Broncos release Miller, they would face a dead-money charge of $4.125 million against the salary cap for the 2021 season, though that would be far less than Miller’s scheduled $22.125 million cap charge if the Broncos pick up the option.